The handicapping was mostly on point last weekend as we hit with a $41.50 exacta in the sixth race on Friday, and both Saturday picks were winners as well.  Unfortunately, neither Copper Town nor Rushing Fall met the minimum odds requirements to add those winning wagers to the bankroll, which remains $79.50 in the red.  This weekend is the last full weekend of racing as the fall meet comes to a close next Saturday, the 27th. 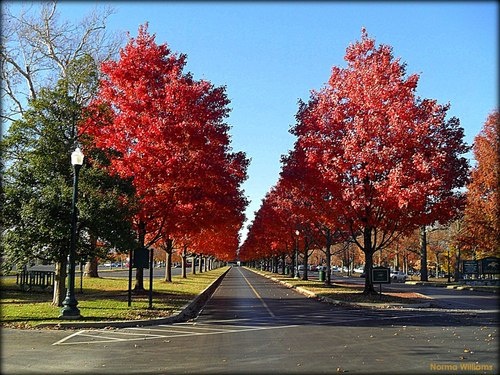 Preamble was impressive breaking his maiden at first asking for Rodolphe Brisset at Churchill last month.  He exited that effort breathing fire with a :59 and 3 breeze over this surface on October 7th. Impeccably bred by Speightstown out of the multiple graded stakes placed mare Beautician, he is meant to be a good one.  Bingwa took her debut on the grass over next-out winner Stage Direction.  She sports a solid work tab over the local surface and moves to the main track to take on the boys for Wesley Ward, who wins at a 40% clip with horses moving from turf to dirt.

Unlike the more prestigious Queen Elizabeth II dominated by Rushing Fall last Saturday, this two-turn turf stake for 3yo fillies is a wide open affair.  Cool Beans will attempt to take this field pillar to post, and she appears well spotted for that strategy as there is very little honest pace signed on here.  Distance is the question for her as she was able to set a moderate pace at this distance in the Hatoof at Arlington and was unable to hang on when bested by the re-opposing Colonia.  Chipoleta ran very respectably in the Belmont Oaks, her North American debut.  She’s been given ample time to acclimate to the Christophe Clement barn since then and is certainly eligible to improve in her second stateside start.  Her two wins in France came over extended sprint distances on all weather surfaces, so she may also appreciate the turn back in distance from a mile and a quarter.  Poetic Charm ships across the pond for Charlie Appleby and Godolphin, and while she has not been knocking heads with Europe’s most elite sophomore fillies, the daughter of Dubawi deserves respect in this spot.  Daddy Is A Legend has been competing with the elite of this division her entire career, and she has only missed the board 3 times in 9 starts.  As deep as this field is, it actually represents a bit of class relief for the daughter of Scat Daddy.  She broke her maiden over this surface a year ago, and she’s had adequate time to rebound from a subpar effort over soft ground in the Lake Placid at Saratoga.  The George Weaver trainee has just enough tactical speed to gain a forward position in this large field and rates as the top selection in this renewal of the Valley View.

Steve Asmussen isn’t a trainer known for prescribing his charges stiff breezes in the mornings.  A typical 5 furlong breeze for a horse in Asmussen’s barn will generally be in the 1:01 to 1:02 range.  Only the great ones emerge from that shedrow to consistently light up the morning work tab – Curlin, Rachel Alexandra, Gun Runner.  Given that context, a :58 and 4 gate move is definitely going to open some eyes.  That’s the recorded time for Sultry Samurai over the Keeneland surface on October 3rd.  While the track was noticeably glib that morning – the work was only the 4th fastest of 13 at the distance – the time was exceptionally fast for an unraced colt from the Steve Asmussen barn.  He’s worth a shot to strike in his debut against this maiden group.

Sister Kitten will take a beating in the win pool for this contest amongst juvenile fillies that have yet to win a race.  On top of being trained by the pre-eminent leading turf trainer in North America, she finished 2nd behind her highly regarded stablemate, Newspaperofrecord, in her debut at the Spa.  That Irish-bred filly is now 2 for 2 after a facile score in the Miss Grillo at Belmont, and she will undoubtedly be the shortest-priced favorite on Breeders’ Cup Future Stars Friday.  This daughter of Kitten’s Joy gets a return ride from Jose Ortiz and rates as the one to beat in this maiden heat.  Hidden Facts is certainly worthy of consideration after claiming the runner-up position in her two-turn debut at Saratoga when she finished just a half length shy of a trip to the winner’s circle on that occasion.  Bee Bit is a first timer to watch as she is by turf sensation English Channel.  Norm Casse is winning at a 20% clip in his first year running his own stable, and this filly has a strong work tab to support her chances in this debut voyage.

Taxman will take his share of betting money after a sharp stateside debut at Kentucky Downs where he bested the re-opposing Fooch.  Fooch subsequently shipped to Belmont Park and aired in a $40,000 maiden claiming event by 7 and 1/2 lengths.  Master Guns took his first start at Canterbury over a next-out winner and hails from a barn that excels with turf sprinters.  Mister Maestro is the top selection in here.  For a five and a half furlong dash on the grass, there is not much speed signed on in this race.  The son of Bernstein should be able to dictate terms up front from his outside draw.  He’s been to the winner’s circle on 6 of his 12 trips to the post and 4 of his last 5.  While this may be a step up the class ladder, no one else in this field can claim more than 2 victories to their credit.

This turf marathon is a completely paceless affair.  Jose Ortiz might be sitting on the best animal anyway, but I trust him more than the rest to figure out the pace scenario and walk the dog on the front end of this one.

This 7 furlong fall meet fixture for 3yo fillies should have an honest enough pace as Amy’s Challenge, Blamed, Moonshine Memories, and Nootka Sound all possess a nice early turn of foot.  A hotly contested pace will set the stage for several strong late runners, any of whom could emerge with a victory.  Chauncey showed vast improvement this year under the care of Lacey Gaudet and is eligible for even further improvement now making her first start for Steve Asmussen.  She rallied from well back to just miss all the money by a neck in the Charles Town Oaks in September.  Although this is certainly a step up in company, the daughter of Jimmy Creed has the right running style and her new environment could elevate her enough to compete with this group.  Alter Moon makes her second start since moving to the barn of Chad Brown.  She finished a decent 4th in the Grade 1 Test last time out, and looks to improve upon that effort today.  Kelly’s Humor claimed the show spot in the Test, just nipping Alter Moon by a nose, but coming from much further back to do it.  Brad Cox has injected some speed into her morning routine recently, and that may help her find better early positioning in this spot.  The daughter of Midnight Lute also has an encouraging 2nd place finish in the Grade 2 Beaumont over this course and distance on her resume.

Best of luck to everyone this weekend.  Fall is finally here and there are only a few more days of racing left in the meet, so get out and enjoy it.  If you’re going on Friday, get there early (noon EST) for an awe inspiring rendition of the national anthem performed by UK grad @_DarianSanders_ . You will be glad you did.  Follow me on Twitter @chadlashbrook for more racing insight and opinions.