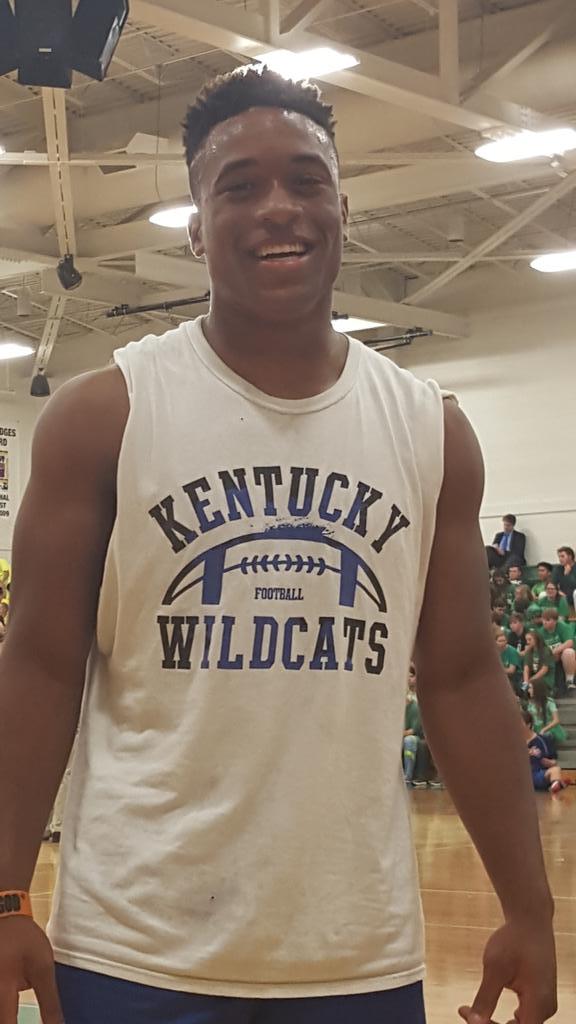 Amari Rodgers is a four-star wide receiver in the 2017 class, ranked 22nd at his position by 247 Sports. He committed to Southern California back in June, but was spotted wearing a Kentucky football t-shirt at his high school in Knoxville recently.

The Kentucky tee likely came from his father, Tee Martin, who coached UK’s receivers in 2010 and 2011. The former Tennessee great is currently coaching receivers at USC, which explains his son’s commitment to the Trojans.

But we can still hope, right?

10 Comments for USC commit rocks Kentucky blue on these…