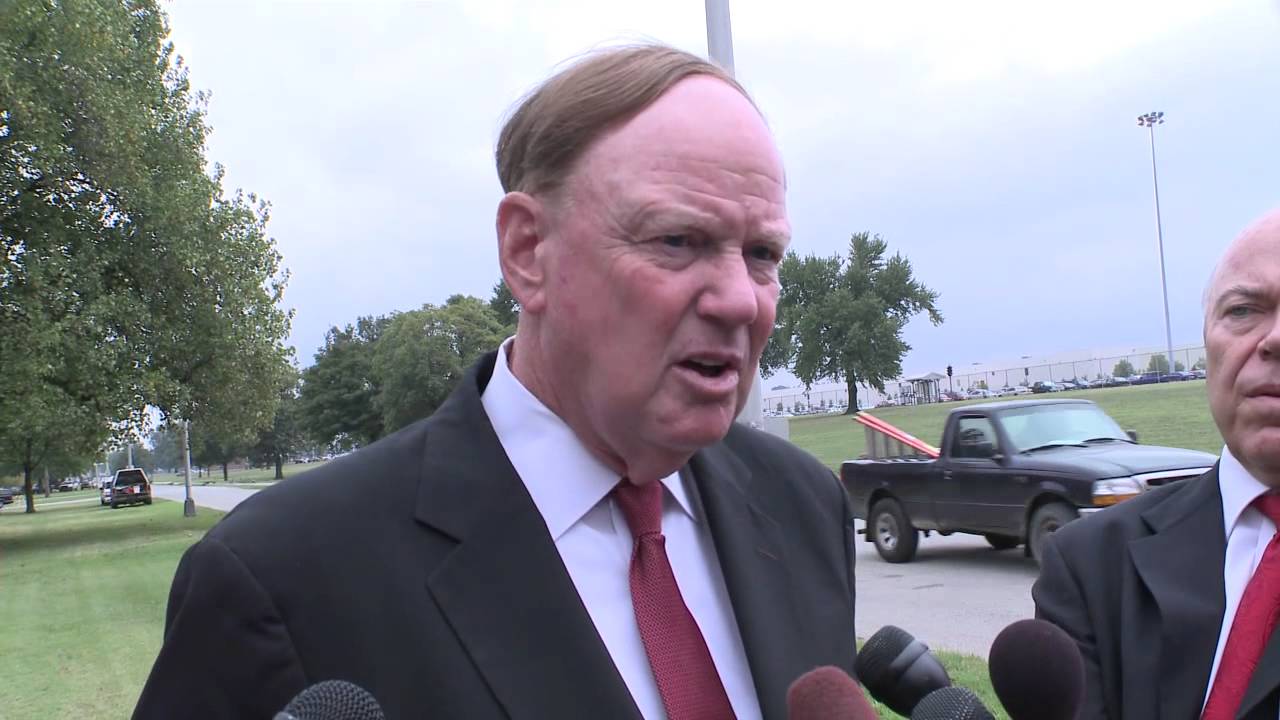 Is tomorrow the day James Ramsey is finally out at UofL? According to WHAS’ Chris Williams, the UofL Board of Trustees has called a special meeting for tomorrow at 9:30 a.m., and “Consideration of President’s Resignation” is on the agenda: 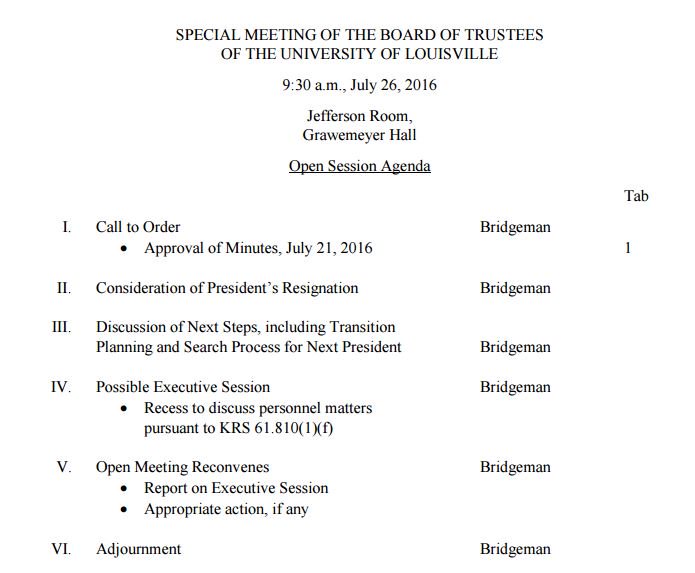 On Thursday, Board of Trustees Chairman Junior Bridgeman announced Ramsey’s resignation, but said it wouldn’t be official until the board approved it at their next meeting on August 16. Judging by tomorrow’s special session, it appears that timeline has been moved up.

Now, the real question becomes whether or not Ramsey will also resign from his position as President of the UofL Foundation, the true center of corruption. (I’m guessing no.)