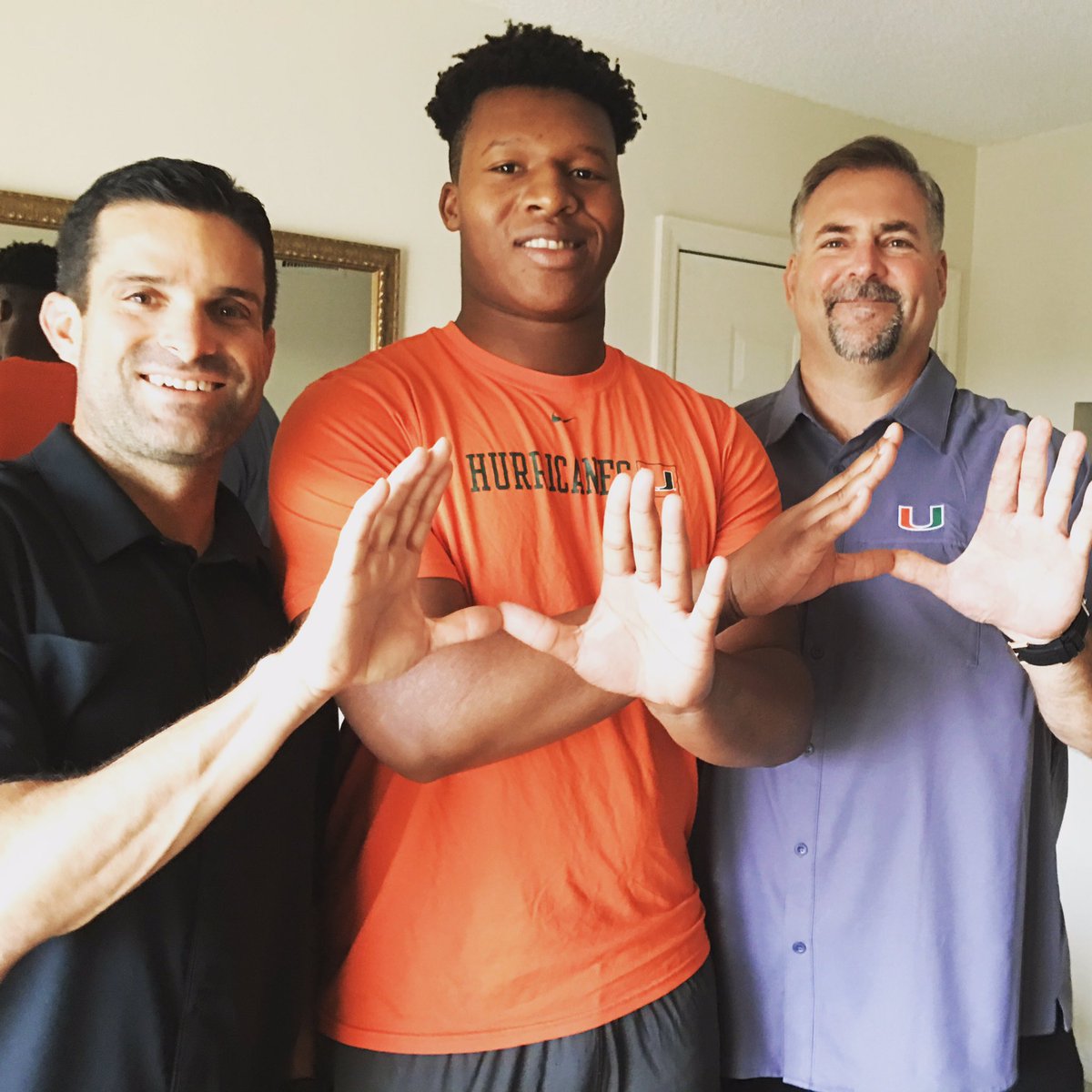 One of Mark Stoops’ remaining targets in the 2017 class has canceled his upcoming trip to Lexington and solidified his commitment to The U.

Jon Ford, a three-star defensive end out of Fort Lauderdale, made plans to take an official visit to the University of Kentucky this coming weekend; however, a tweet he sent out Wednesday night announced that he will remain committed to Miami, despite recent speculation that a decommitment was imminent.

Ford committed to Miami in January of last year and will follow through with that yearlong commitment. Kentucky’s last-minute efforts in flipping the No. 26 defensive end came up just short, two weeks shy of National Signing Day.

The Cats currently have 23 committed players in the class.

2 Comments for UK target shuts down recruitment, sticks with The U