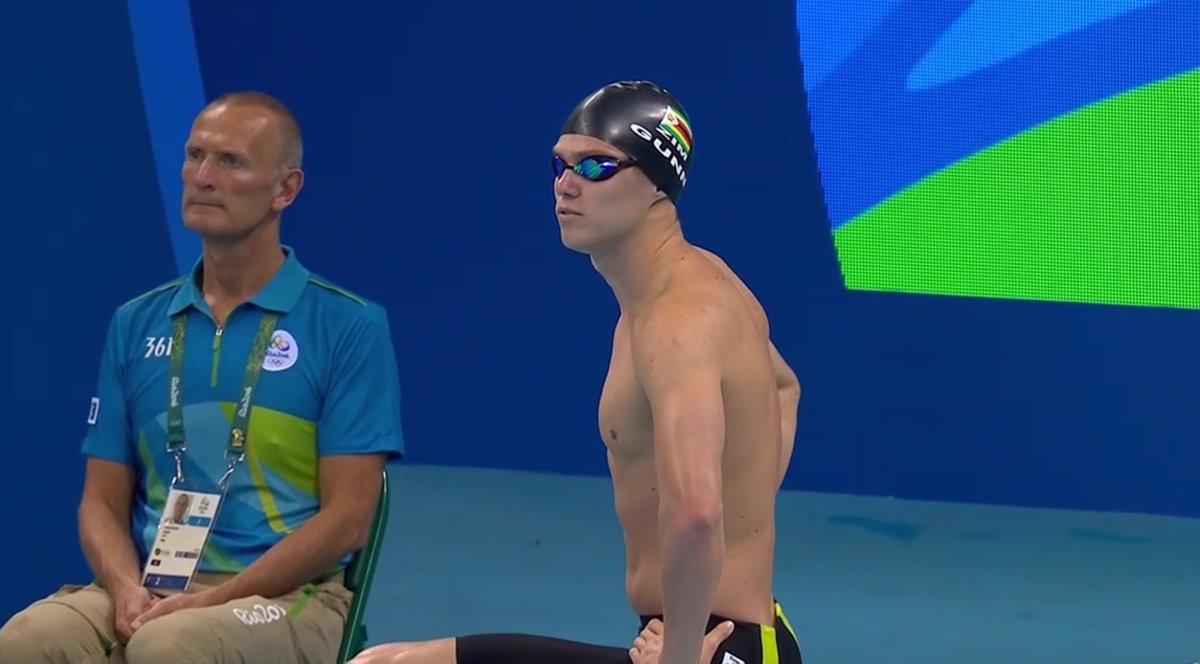 Michael Phelps swam his last Olympic race ever on Saturday. Phelps and Team USA capped off the night with a gold medal in the 4x100m medley relay.

It was an emotional night for Phelps and his family. To celebrate his career with the Phelps family was UK swimmer, Sean Gunn.

I just sat with the family of the greatest Olympian ever to watch his last race. Wow! pic.twitter.com/Z9WD3VJegV

How Gunn managed get those seats? The world may never know.