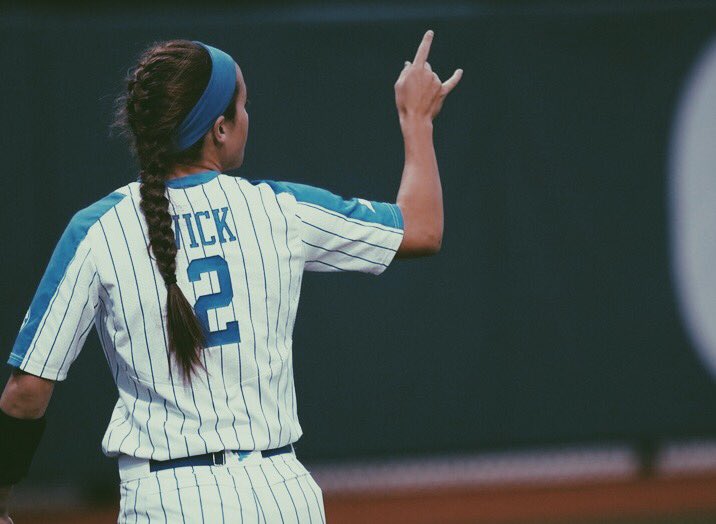 The UK Softball team has had a fantastic year thus far in 2019. Sitting at 26-17 this year and ranked 24th in the nation, Kentucky made the trip to Baton Rouge this weekend to take on No. 5 LSU in a game that will almost certainly play a huge role in Regional seeding.

In a tie game in the bottom of the third with one out, Paducah’s Bailey Vick made an amazing catch at the wall to rob LSU of a two-run home run.

They went from GOODBYE to OH MY real quick.@UKsoftball‘s Bailey Vick with our #?1? play of the week. #RallyCap pic.twitter.com/O8YKRGsuS7

With Kentucky winning 3-2, that catch was considerably game-changing, as it kept LSU from hanging up four runs before the end of the third. Kentucky would drop the final two games against LSU.

While the catch was excellent, the dance moves could maybe use a little work.

Check out the rest of the highlights from the 3-2 victory on Friday: