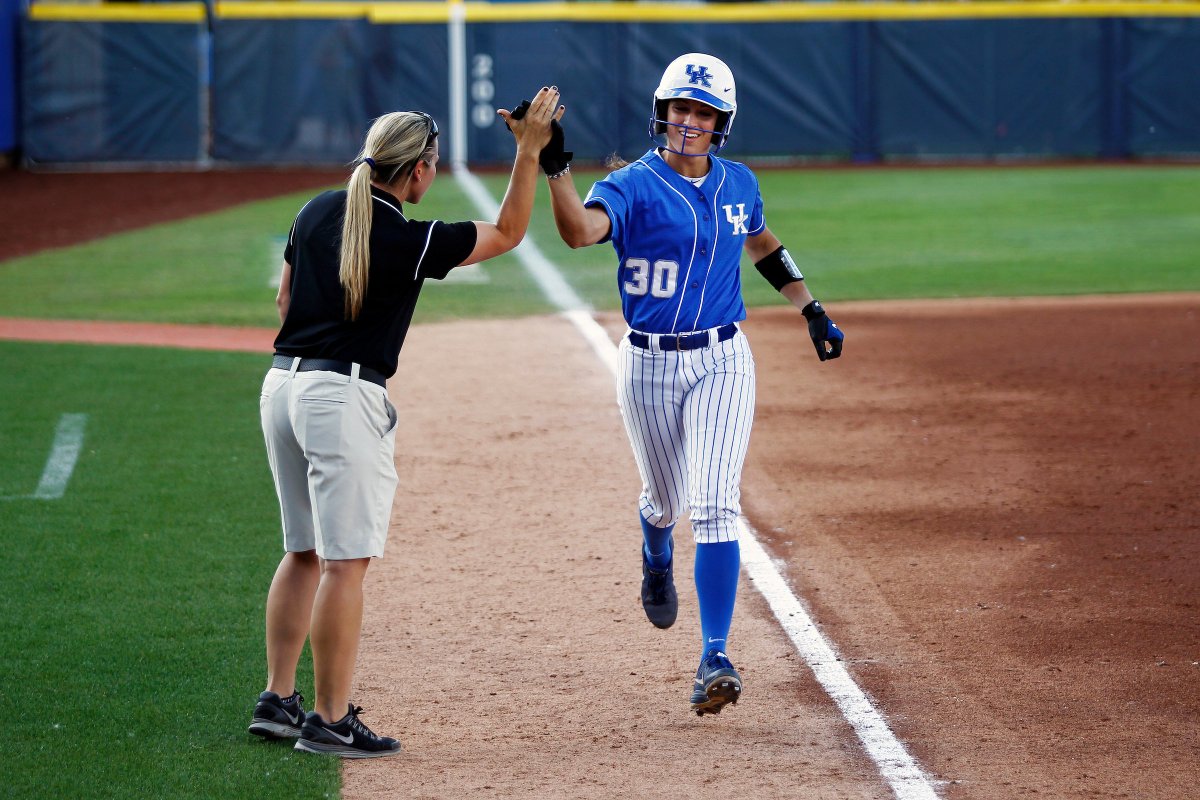 The Kentucky softball team used a pinch-hit homerun to take home its fourth win over a top ten team this season.

The game was tied 2-2 in the fourth inning when Rachel Lawson called Abbey Cheek to the plate.  On the first pitch, Cheek delivered a homerun.  The two-run bomb proved to be the game-winner as the Cats defeated No. 6 Georgia 4-2 at John Cropp Stadium.

The win improves the Cats’ record to 28-14 on the season. They’ll try to take the series tomorrow at 1:00 during a bark at the park event at John Cropp Stadium.