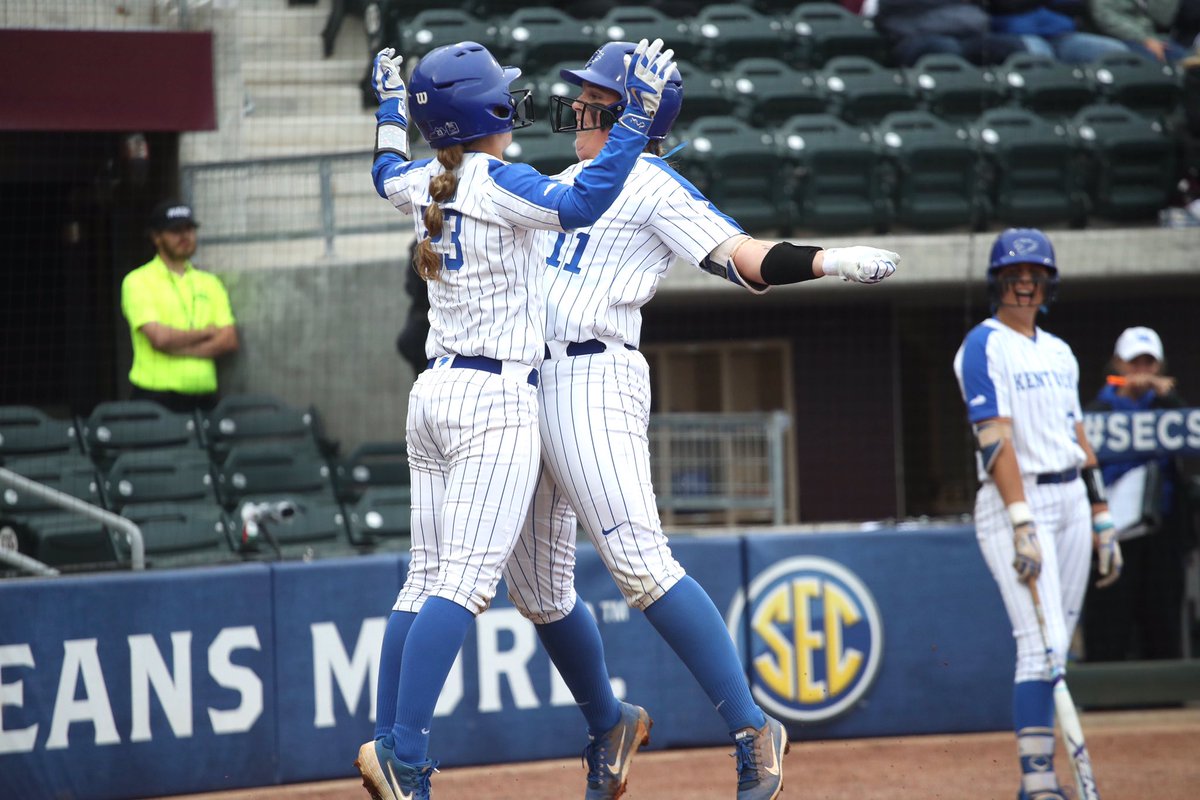 The UK softball team started the SEC Tournament on the right foot.

Playing a day later than expected thanks to inclement weather, the Wildcats rained all over Ole Miss’ parade in the SEC Tournament quarterfinals. The Cats clobbered the Rebels 8-0 to win in only five innings.

Rachel Lawson’s squad made their money in the third inning. Kentucky scored six runs on seven hits, all of which had runners in scoring position, to give UK the eight-run advantage. It all got started with a Big Blue Bomb in the first inning from SEC Player of the Year, Abbey Cheek.

This is why she's the SEC Player of the Year. @UKsoftball's Abbey Cheek ? pic.twitter.com/0zHN9KhUNl

Kentucky advances to tonight’s semifinals at 7:00 p.m. ET where they will take on the Alabama Crimson Tide. Two weeks ago UK won the series in Tuscaloosa after a 13-inning rubber match. Tonight will likely produce similar fireworks.