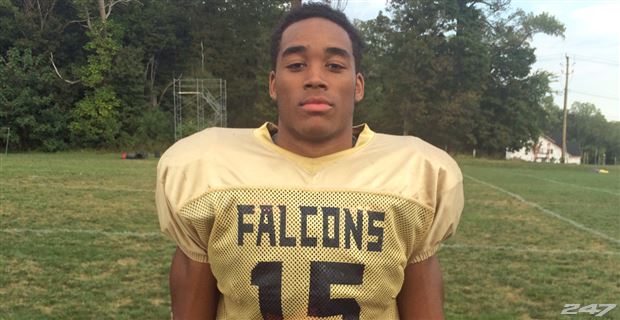 The Kentucky Wildcats are finalists for one of the nation’s best defensive ends, whose last name carries legendary status.

Tyler Baylor is considered the No. 14 defensive end in the country by Rivals.  He’s also the grandson of Elgin Baylor, a Naismith Memorial Basketball Hall of Famer and one of the greatest to ever play the game of basketball.  Today the elite pass rusher from Olney, Maryland announced on Twitter his six finalists: Kentucky, Maryland, Pitt, Louisville, Tennessee and Georgia.

The 247 Crystal Ball is currently split 50-50 between Kentucky and Baylor’s home state school.

Recruited by Vince Marrow out of Good Counsel High School, Baylor could be the third from the national powerhouse to be signed by Mark Stoops.  Two of his teammates from a year ago, offensive tackle Naasir Watkins and outside linebacker Josh Paschal, will be UK freshmen this fall.

An elite athlete on the outside, the 6’5″ 225-pounder terrifies opposing quarterbacks.

You can never recruit too many elite pass rushers.  Baylor’s lineage is nice bonus.