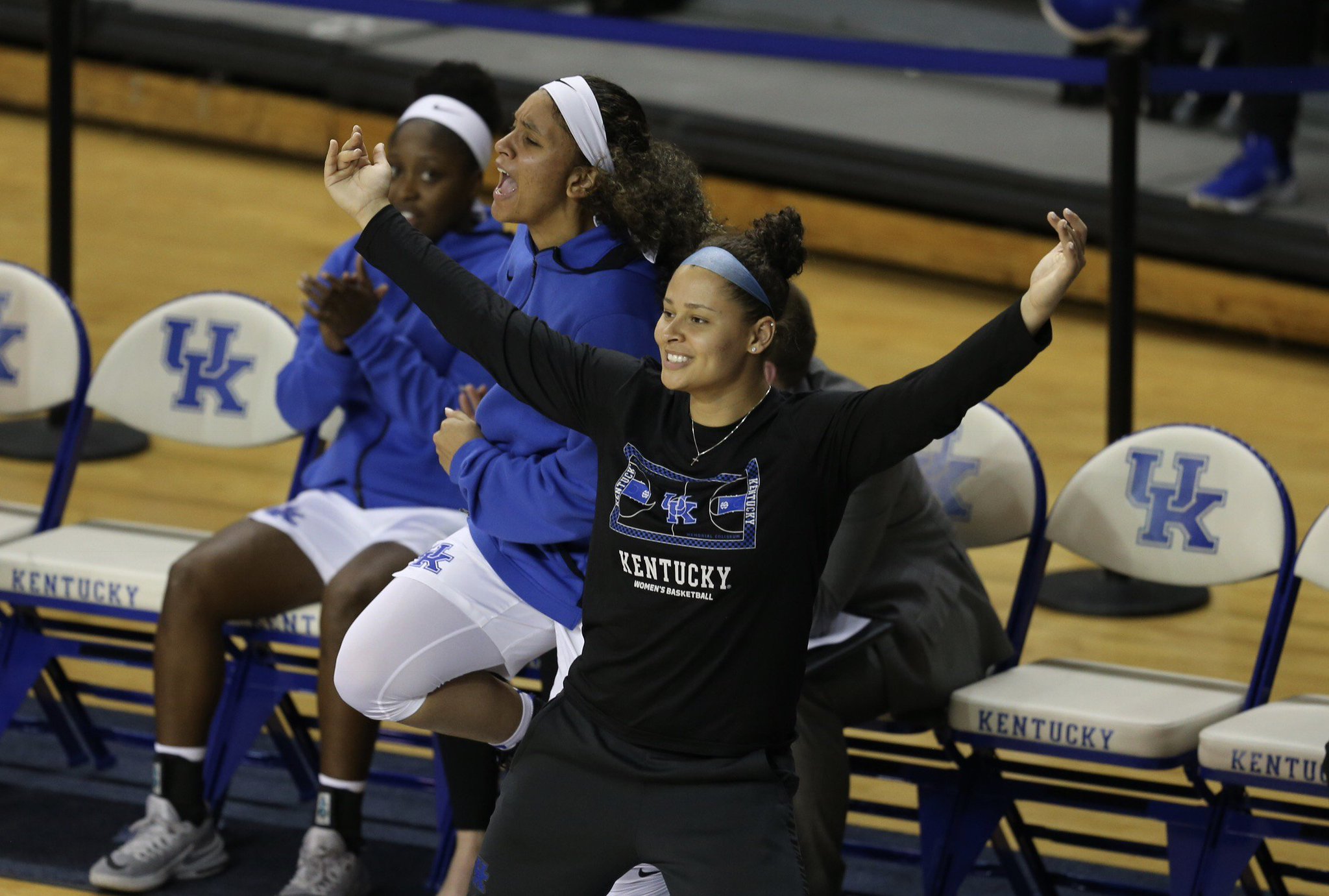 UK Hoops kicked off their season tonight with an 87-35 victory over Alabama State. Yup, the Cats won by 52 points (#Catsby50).  The Cats and Matthew Mitchell came out fighting and set a hopeful and fun tone for the season.

The first quarter started out slow, well, for everyone except Taylor Murray who scored six points almost instantly. At the end of the first UK Hoops only lead by one point, but then the second quarter started. The Cats went from a 15-14 lead to a 39-22 lead in just one quarter. Talk about playing fast. Maci Morris had back to back three’s, Taylor Murray kept shooting and fouls and turnovers went our way. Murray finished the half with 12 points, Morris with eight.

“That second quarter was really big for us, just to get in there and impose our will on ASU,” said Matthew Mitchell. “We all worked together in the second quarter.”

The second half was an absolute bloodbath, I’ll resist the urge to compare it to a similar (more painful) event that happened last night, but I think you get the gist. UK Hoops played really fast with freshmen Rhyne Howard and Blair Green making the impact. The pair went a combined 11-0 run in the third, extending the lead to the 20’s and eventually the 30’s. Starting the fourth with a comfy 64-30 lead, and it escalated from there, to FIFTY-TWO-FREAKIN-POINTS.

“It’s a good step for us just to get out there and say ‘that’s our style of play’ and let everyone know,” said Mitchell.

Freshman Rhyne Howard went off scoring a whopping 15 points, most of which came in the fourth. Blair Green finished with 13, making the tow of them the first and second highest scoring freshmen in program history. Taylor Murray finished with 16 points and six steals, and Maci with 11.

“She’s very quick…I kind of look up to her,” said Howard on Taylor Murray.

Howard also said that she foresees a lot of three-pointers in future games. She went 3 of 6 tonight.

My biggest takeaway from the season opener? We can score, and we can play fast. But, we will struggle against a team who’s bigger than us. ASU is small and we defended them easily. We outrebounded them and scored off their turnovers. We gained 51 of our points off turnovers, and most impressively, outrebounded them 43-35 and for offensive rebounds 24-9.

But, we struggled in the post a bit. Against bigger teams, this is going to be a problem, but hey – tonight I’m all about the positivity. We really did play well, I’m just looking ahead to powerhouse teams like Mississippi State who we can’t hold to 30 points.

“There may be a night or two where it doesn’t look very good, but we just have to be committed. We have the athleticism and potential,” said Mitchell.

Mitchell said he hopes that the team keeps working on fundamentals and “playing strong.”

All in all, it looks like it’s going to be a great season for UK Hoops and I for one am excited to cover them on this great website for the third year in a row. I hope you’ll come out to some games and watch with me.

UK Hoops plays Southern University this Sunday at 7 PM here in Memorial. Come on out!