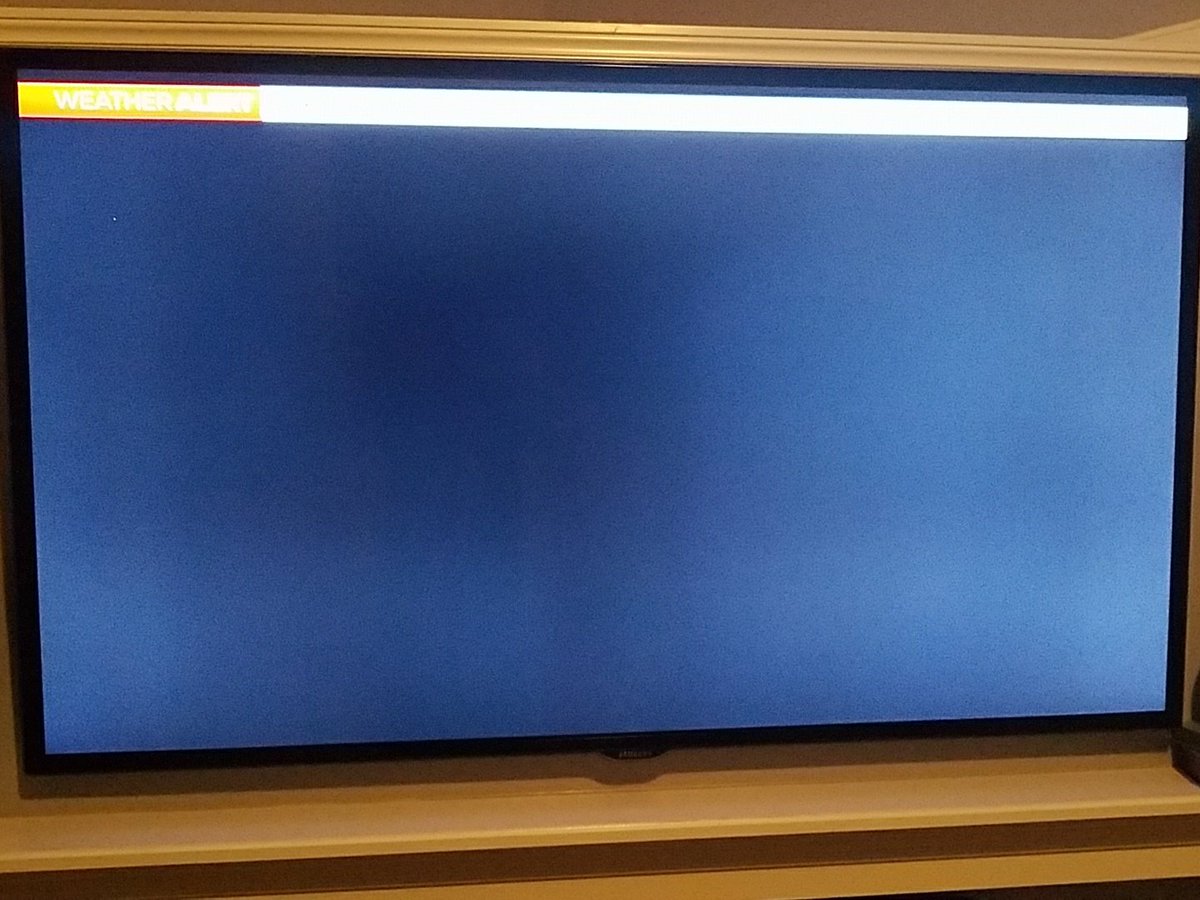 You are seeing what people in Columbus, Ohio saw on their televisions in the final minutes of the South Regional Final. The local CBS affiliate 10TV broke in for a severe weather alert, but instead of showing a meteorologist, there was a blank screen and a scrolling bar.  The time and duration varied based on proximity to Columbus, but this is essentially what they saw.

For those curious followers outside Columbus, how the final seconds of North Carolina-Kentucky went down here during tornado warning pic.twitter.com/KqI5Kts229

It could’ve been worse; they could’ve actually seen the final ten seconds, like these poor souls at Two Keys Tavern.

UK fans at the Tin Roof react in the seconds before the game expires. #Limestone #BBN pic.twitter.com/xXwk7YKw15

4 Comments for UK Fans in Columbus Missed the Finale