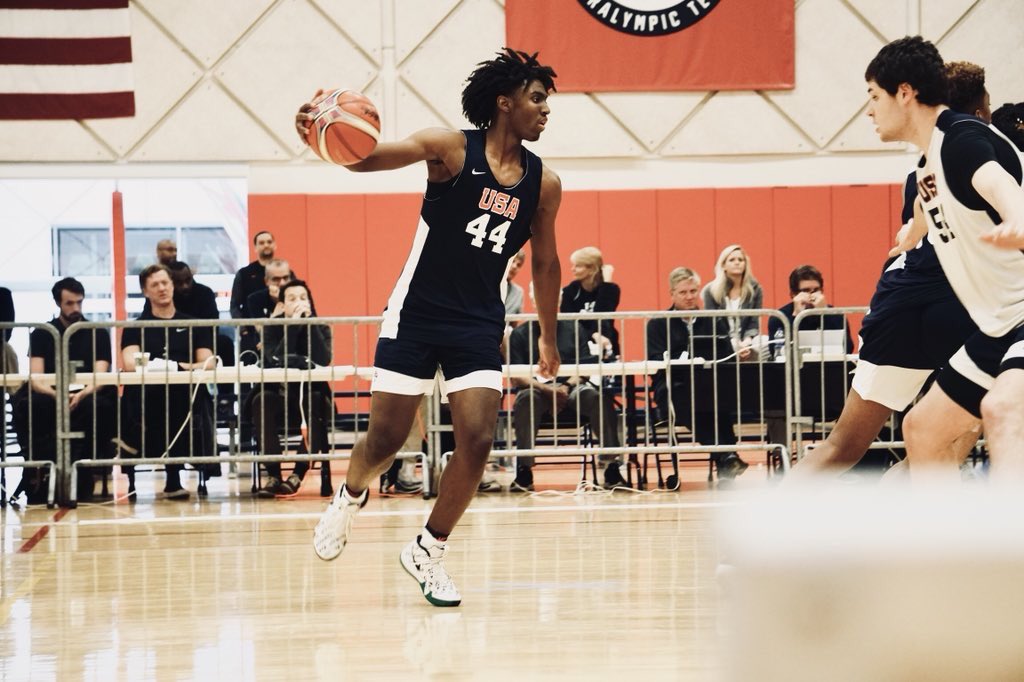 After an impressive week in Colorado Springs at the USA U18 Basketball Training Camp, Kentucky commitment Tyrese Maxey has made the final Team USA roster.

UK targets Keion Brooks and Jalen Lecque did not make the final roster.

Blessed to make the USA U-18 team… Time to go win gold??? pic.twitter.com/HW8GlfTj7g

According to those in Colorado Springs over the last week, Maxey was easily one of the top performers and separated himself from the pack of elite guards in attendance.

Impressive evening session for future Kentucky PG Tyrese Maxey. Skilled, competitive lead guard who plays with energy and has a joy for the game. Instinctual on both ends of the floor. Engaging personality who studies Steve Nash's PnR game thanks to @TimMartin_TX. pic.twitter.com/9Q6xurR6hq

Tyrese Maxey attacks the rim with vigor and precision. He bring something alert and alpha to the court.

The final USA Basketball U18 squad will travel to Canada this week to compete for the gold medal, where they will take on the Dominican Republic on Sunday afternoon.