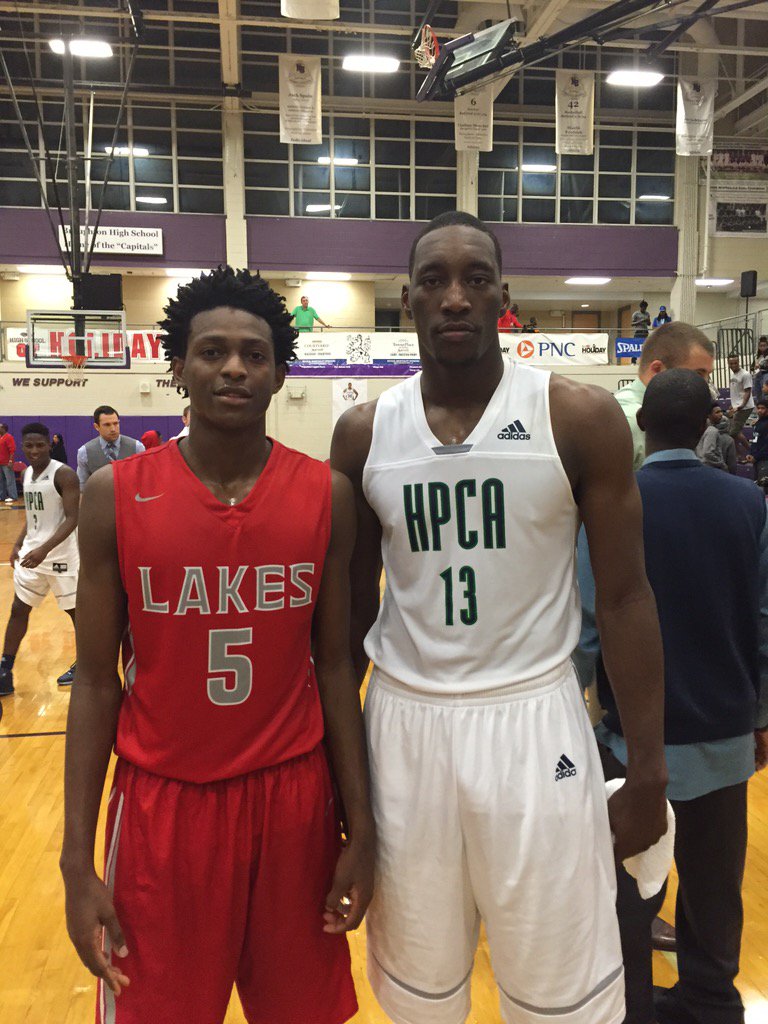 John Calipari traveled to North Carolina last night to watch two of his next stars go head-to-head in the HighSchoolOT Holiday Invitational Tournament.

On one side, Bam Adebayo, a five-star power forward and UK signee, controlled the paint.

On the other, De’Aaron Fox, the next point guard in the Calipari lineage, scored at will.

Adebayo’s High Point team got the best of Fox’s Cypress Lakes with a 91-63 victory in front of their future college head coach. Fox led all scorers with 29 points in the game, while Adebayo had 26 points, 14 rebounds, and four steals.

Enjoy these highlights from the game: