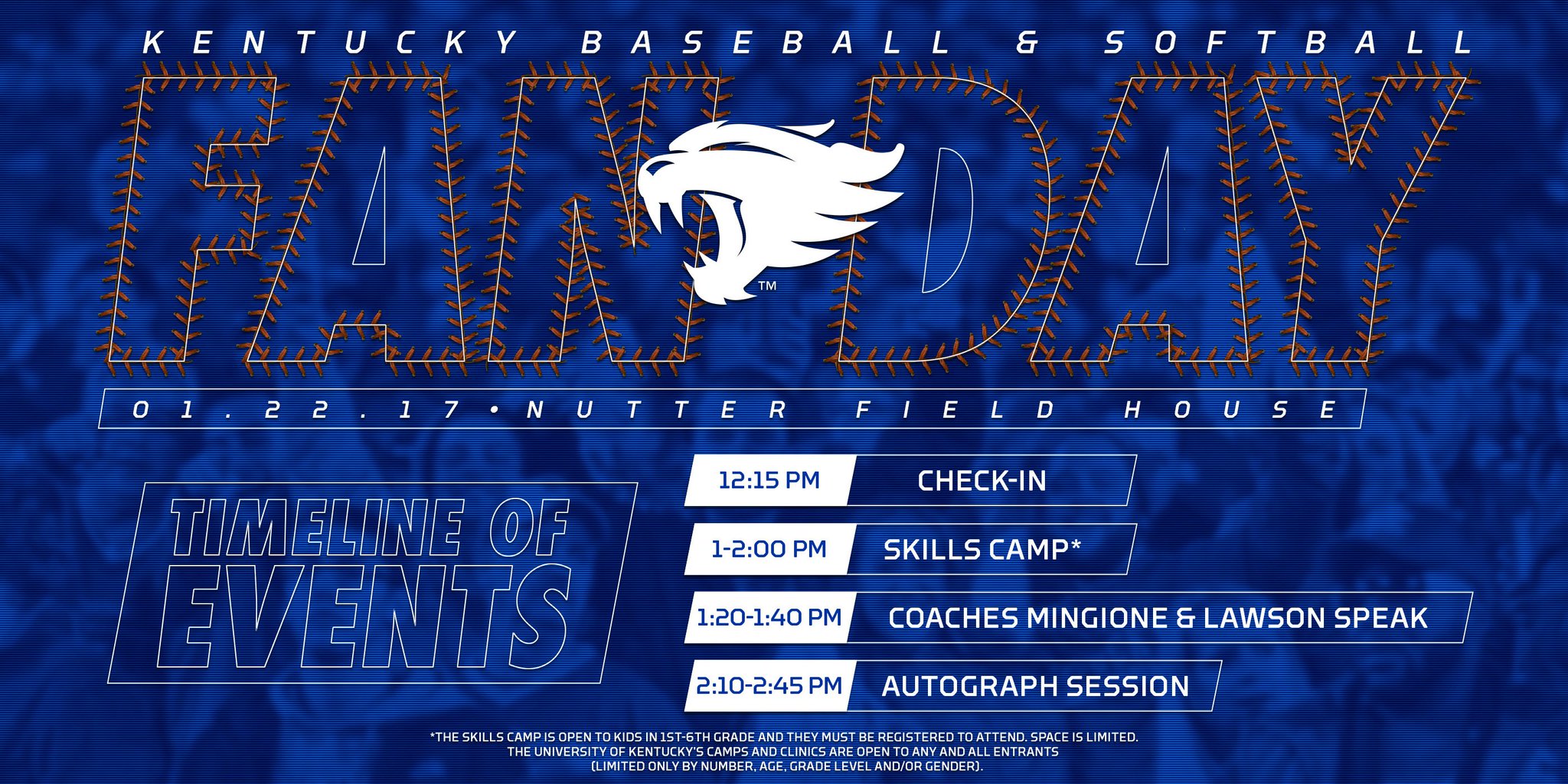 The doors haven’t even opened yet. ðŸ˜±ðŸ˜± #BBN, you amaze us! pic.twitter.com/hTMygkO4wL

Skills Camp at Baseball/Softball Fan Day is underway here at Nutter Field House. Autographs begin at 2pm. We are ready, are you? pic.twitter.com/BJSJLA1Jg3

Lawson: “This is by far the fastest team that we have had in my 10 years here at Kentucky.”

“Im just amazed at the turnout today. The whole community has just been incredible.” – @UKCoachLawson pic.twitter.com/CzWp3pw2N9

1st annual @UKsoftball and @UKBaseball Fan Day had a huge turnout. Let’s hope they make this a tradition. pic.twitter.com/aIgUKOHxQS