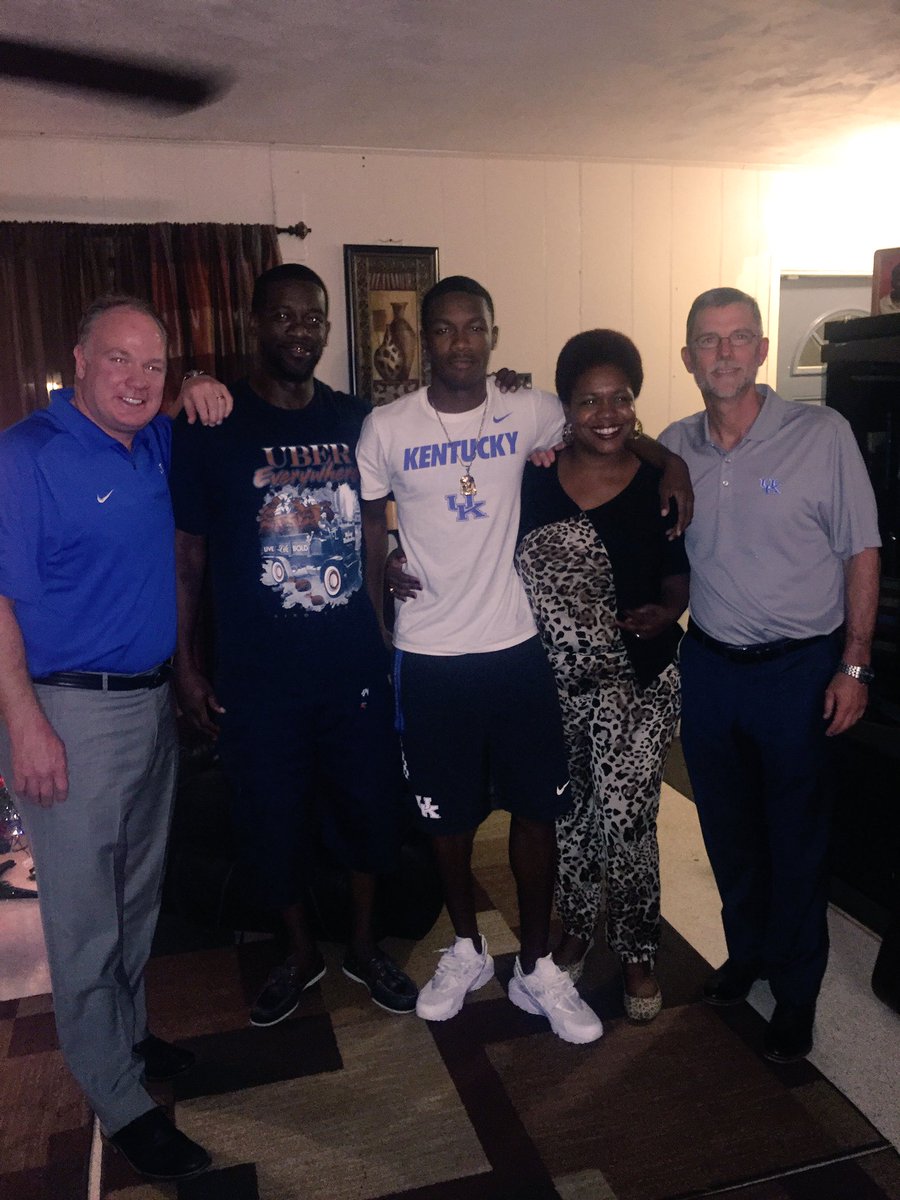 Stoops and Gran in S. Florida with Cedrick Dort, @CedrickDjr.

After spending an evening celebrating a Governor’s Cup victory, Mark Stoops’ staff hit the road recruiting.  The ten coaches have covered a wide swath of land, from Youngstown to Ft. Lauderdale.  It’s difficult to hunt down every player at every location, however, you can see a strategy developing.

Here’s how the coaches are spending the most important recruiting week of the year. 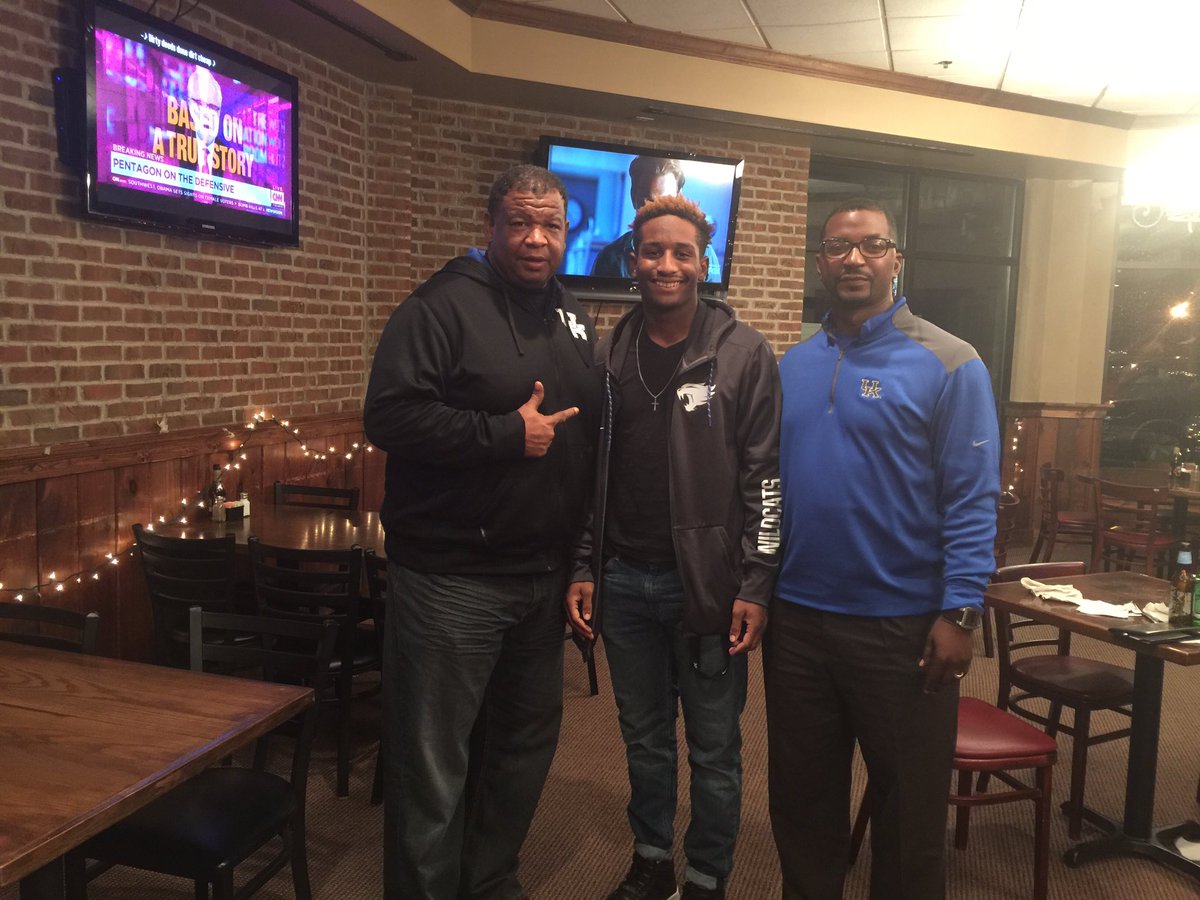 One thing Mark Stoops had to learn the hard way is that you have to continue recruiting your committed players.  The big win over Louisville makes it easier to keep them in the fold, but they aren’t taking any chances.

Kentucky’s coaches have already visited most of their 14 commits in the 2017 class.  I expect they’ll see them all before the week comes to a close.

Vince Marrow has put three players in his crosshairs over the last year.  This is the week he hopes to seal the deal with these unique 4-star prospects.

On the first day of recruiting, Marrow was with wide receiver Danny Davis.  The next day Marrow was in Youngstown to see Lynn Bowden, the no. 5 athlete in America.  Bowden visited Commonwealth for the Georgia game and UK is considered the favorite.  The following day Marrow saw offensive tackle Thayer Munford, Kentucky’s top target on the offensive line.

All three will take official visits this weekend.  All three could potentially commit.

There are a variety of reasons this is the most important recruiting week of the year.  One that cannot be overlooked is the season-ending instability surrounding college football programs.  Coaches are getting fired and programs are trending down.  This year the instability favors UK.

Butch Jones won the championship of life but he’s losing recruits left and right.  Jones lost five commits in 16 days.  The Cats offered two of them last night, twin defensive linemen from Virginia, Breyon and Brandon Gaddy.  Meanwhile, Darin Hinshaw is trying to flip a Florida wide receiver still committed to Tennessee, Jacquez Jones.  Jones has scheduled a visit to UK and the Gaddy’s could have one scheduled soon. 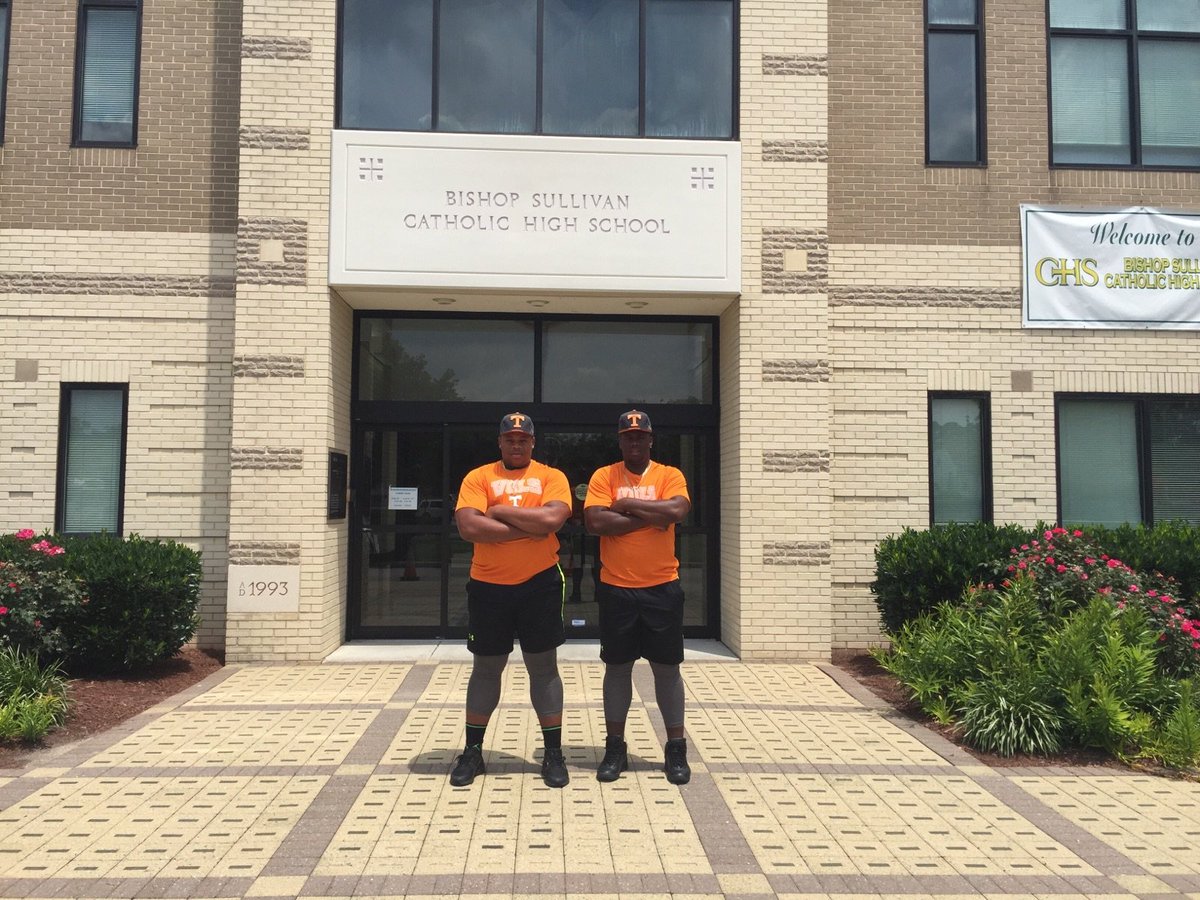 Hinshaw is trying to flip another elite Florida receiver, USF commit Bruce Judson.  The 4-star athlete scheduled a visit for January 11 when Hinshaw and Lamar Thomas visited him earlier this week.  By the time he visits Kentucky, USF’s coach could be gone.  Bruce Feldman reported yesterday that Willie Taggert is a leading candidate for the Oregon head coaching vacancy.

Pass Rushers at a Premium

Arguably their top target at DE/OLB, Josh Paschal, will officially visit this weekend.  The Cats weren’t in his final cut, but his the stock of his suitors has fallen (Notre Dame, Maryland) and his brother is a UK graduate assistant.

The other big name pass rusher on UK’s list is Ft. Lauderdale two-sport star Jordan Wright.  Eddie Gran and Mark Stoops visited him at his school today.  He’s already taken an official visit to Kentucky, but they’ll need to do much more to keep him away from Florida State, Miami or Alabama. 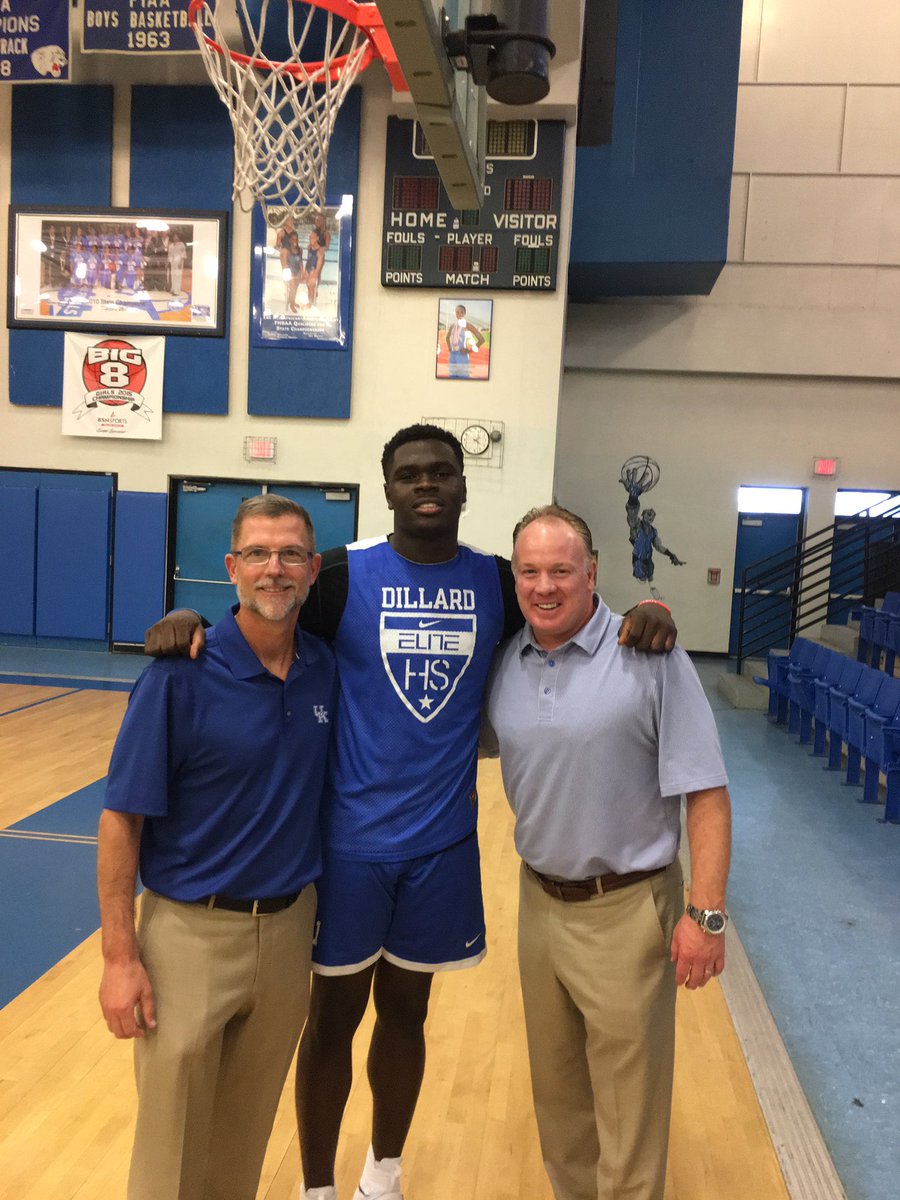 If neither of those work out, coaches have also explored junior college options this week.

When the head coach is there for an in-home visit, you know you’re a priority.  That’s exactly what Mark Stoops was telling quarterback Jarren Williams yesterday.  Stoops was with Darin Hinshaw in the Atlanta area to see their only commit in the 2018 class.  Stoops’ timing was impeccable: the dual-threat quarterback hosted UofL’s Nick Petrino and Todd Grantham earlier this week.

Williams isn’t the only underclassmen being recruited this week.  While visiting the top targets in the 2017 class, coaches have dished out offers to dozens of rising juniors and sophomores, too many to keep up with.

After spending a week on the road, the coaches will return to Lexington to host about a dozen top prospects.  Uncommitted recruits will receive the red carpet treatment when Kentucky takes on UCLA at Rupp Arena.  If that spectacle isn’t enough, about half of the official visitors are UK commits that will try to add numbers to their ranks.

Recruiting success has been unprecedented under Mark Stoops.  This year he has something he’s never had before — momentum.  All of the best pieces are still in play.  Stoops must seize the moment.