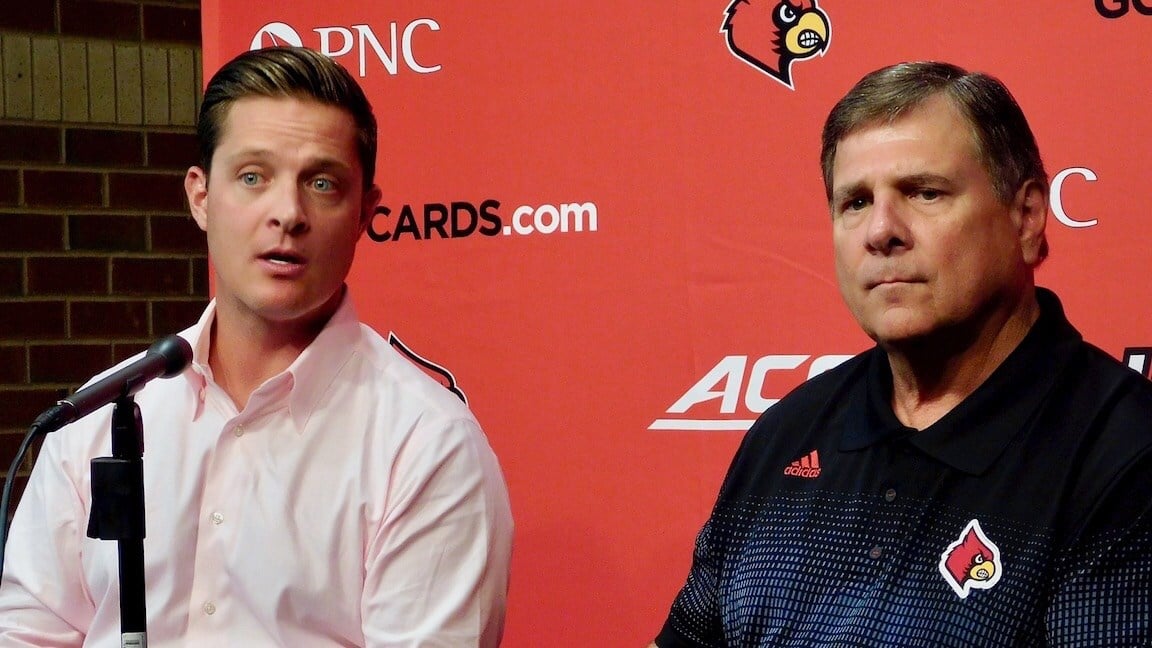 Tom Jurich was a master rule-bender during his UofL regime.  A Courier-Journal investigation into his son, Mark, reveals exactly how the elder Jurich maneuvered around nepotism policies to help his son become the eighth-highest paid administrator in the school.

In order to elude the university’s nepotism policy, Mark Jurich reported to either the UofL Foundation or the president’s office.  We learned about this relationship quite some time ago.  What we did not know is exactly how he got into this position in the first place.

Mark Jurich spent four years as an intern before his father hired him as an assistant director of development over 63 other applicants.  From that point forward, Mark’s salary came from different parts of the university to elude the nepotism clause.  How did the different departments know how much to pay Mark?

“Mark is a high-quality guy, but one of the reasons that I didn’t supervise him very long was I did not have input on raises or promotions,” former supervisor Keith Inman said. “We were just told, ‘This is what Mark’s gonna make next year, this is your half.'”

Mark’s salary increased often.  The paper trail was spotty and many of the promotions were positions that did not have a vacancy.  In other words, Tom Jurich created positions to give his son multiple raises.

Read more about Jurich’s tactics in Danielle Lerner’s exceptional investigation for the Courier-Journal.