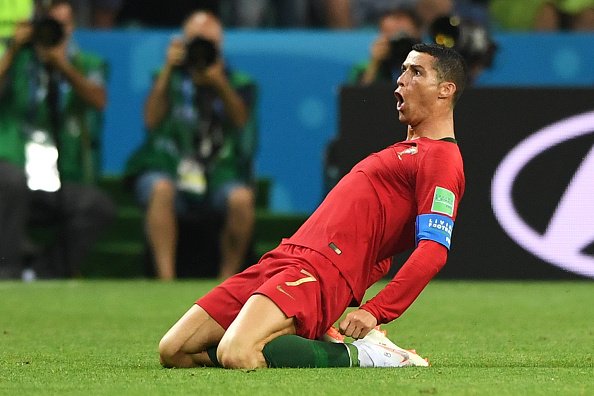 If you’ve been to the SEC Tournament, you know what it’s like to catch the fever.  After one day of World Cup watching, there’s nothing that can stop you from catching the fever.

In the first full day of football, we had a game won on a header in the final ten minutes, an own goal cost someone a game in extra time and Ronaldo went full-Ronaldo in a rivalry game.  With three minutes to play, he buried a beautiful free kick to complete a hat trick and prove he is not mortal.

I’ll be the first to admit that I had little to no interest in the American-less international competition.  Then the games began and they’ve been so crazy I can hardly pay attention to my keyboard.  If there are typos in this post, the blame falls squarely on Lionel Messi’s shoulders.

If you refuse to catch the fever, I feel for you.  You’re missing out.  The alternative isn’t bad, but I can only watch Dustin Johnson crush the U.S. Open field for so long.  He’s the only competitor under-par with a four-stroke lead entering moving day.

Dustin Johnson from 45 feet out with the beautiful birdie putt to extend his #USOpen lead. pic.twitter.com/RNEkdR9D95

Ashton Hagans is on his way to Kentucky

The moment the Big Blue Nation has been waiting for is finally here.  The top-ranked point guard in the 2019 class has graduated high school, reclassified and will be on Kentucky’s campus tomorrow. DON’T GEEK!

Kentucky targets Matthew Hurt and Cole Anthony combined for 26 points in a 104-92 semifinal win over Argentina.  Tyrese Maxey did not play and is still considered day-to-day after suffering an ankle sprain earlier in the week.  We’ll see if he’s good to go tonight when the Americans take on Canada at 8:15 ET.  You’ll be able to catch all the action right here on Kentucky Sports Radio.

Three-star Michigan pass rusher Ruke Orhorhoro officially visited Lexington last weekend, but the trip to UK could not compete with Clemson.  A day after he returned from an unofficial visit, he committed to play for Dabo Swinney and the Tigers.

I Took a Dive

Sometimes you gotta do the right thing.  Last night, doing the right thing was letting Dwight Witten beat me in a beer-chugging contest.  Tony Vanetti’s radio partner stood no chance, but in an act of charity, I gave the old man a win.  Folks, that’s how you respect your elders.

Nationally-ranked St. X advanced to the state baseball finals after pitcher Ryan Nicholson gave up just two hits in a 3-0 win over Hazard.  The Tigers will meet Ft. Thomas Highlands tonight at 7:00 at Whitaker Bank Ballpark after the Bluebirds upended McCracken County 4-3 in the other state semifinal.