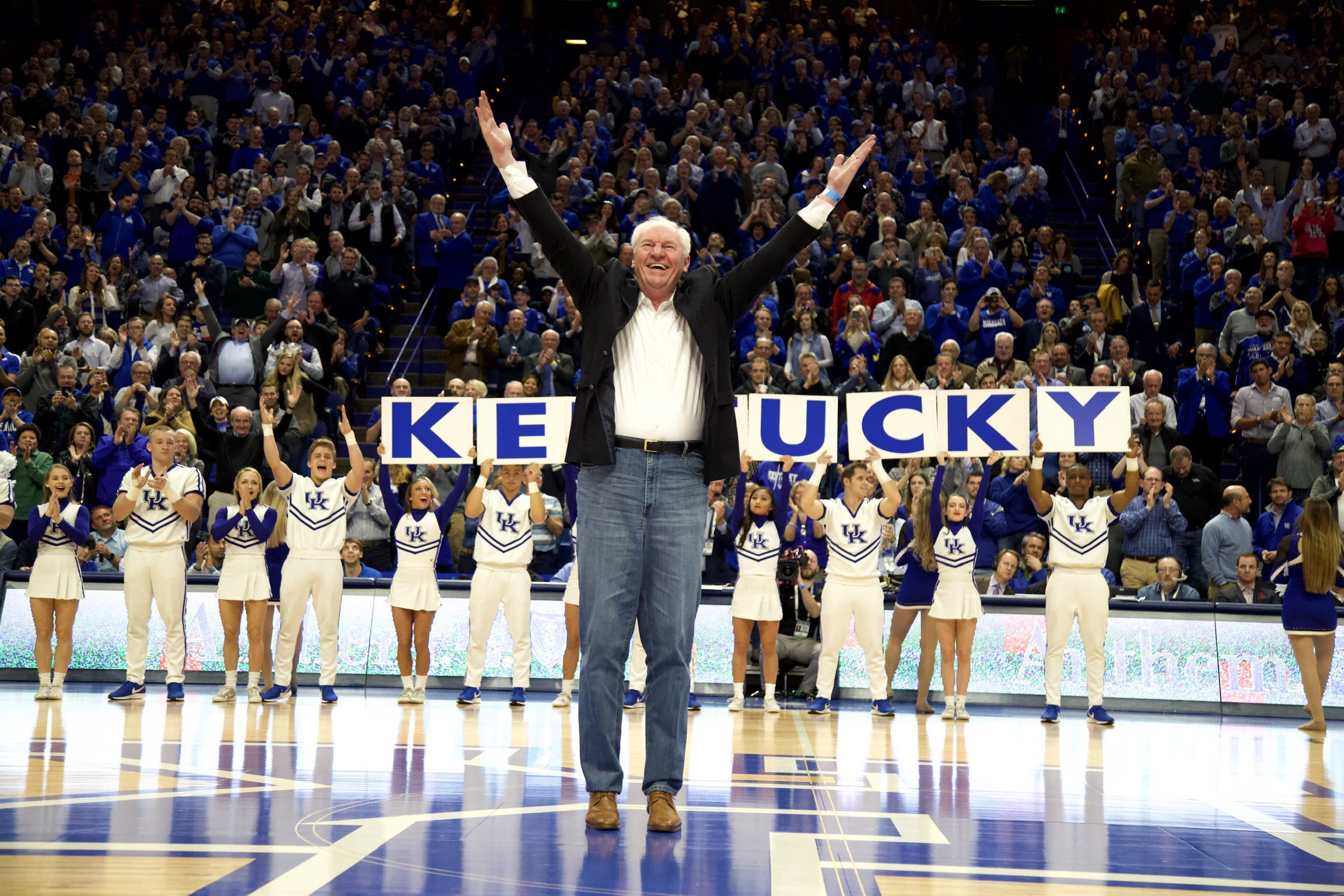 We have a special treat for you on today’s show out at Whitaker Bank Ballpark in Lexington. UK legend Dan Issel will stop by our live remote broadcast at the Legends’ home park for his first in-person interview with the show. Issel surprised us with a call to the show prior to our trip around the Northeast in Van Issel last winter, but this will be the Hall of Famer’s first in-person interview with KSR — and we are excited.

The show is open to the public, so get in there. Or listen through your radio or radio-streaming devices. If you do go, Don Franklin Auto is collecting school supplies for kids in Fayette County, so bring items to donate, if you are able. Thanks. You’re the best.

This time yesterday, we received word that some very bad news out of the football program was on its way. That news turned out to be close to the worst possible news, that Davonte Robinson will miss the entire season due to injury. Robinson suffered an injury to his right quad muscle that will require surgery, thus leaving UK’s thin secondary without its veteran leader. To make matters worse for Robinson, he will lose the year of eligibility because he already burned his redshirt season.

Jordan Griffin is now the most experienced defensive back on the roster; outside of him, it will be a lot of fresh faces who will be expected to perform right out of the gate. It sucks for Robinson, it sucks for his team and it sucks because it is the third straight season in which a projected starter has been lost for the year before the first kickoff.

We got a glimpse at UK’s Thursday basketball practice.

After practice, the team did some bonding at Malibu Jack’s.

Coach Cal and his staff took the team to Malibu Jack’s for a fun night of games and rides and other good wholesome fun, plus a hearty dinner at BD’s Mongolian Grill (10/10 recommend). The players and coaches shared some of the fun on social media, which included the entire team riding a small indoor roller coaster that I am pretty sure was built for children.

I bet we get a video recap of the night out of the team’s Twitter account at some point today. They’re very good about that stuff.

BJ Boston is on campus.

Five-star shooting guard BJ Boston is in Lexington for his official visit and he joined the team on the trip to Malibu Jack’s. I have no idea if or how that will affect his decision, but it can’t hurt that he got some extra bonding in with the team and staff.

Boston is also considering Duke, Auburn, Florida and Oregon (his final five) and Kentucky is pushing for him to be the first commitment in the class, sooner than later.

The women’s basketball team aims to sell 5,000 season ticket packages in its #DriveFor5K.

As a big fan of Coach Mitchell’s program, it was an honor to hold a giant ticket as I #JoinedTheDrive.

You can be one of the 5K by purchasing your tickets here. Do it. It’ll be fun.

Today is National “All or Nothing” Day.

Plus it is a Friday, so go out there and leave it all out on the field. All or nothing heading into the weekend. Go all out today, friends.

3 Comments for Today On KSR: We’re going to talk to Dan Issel