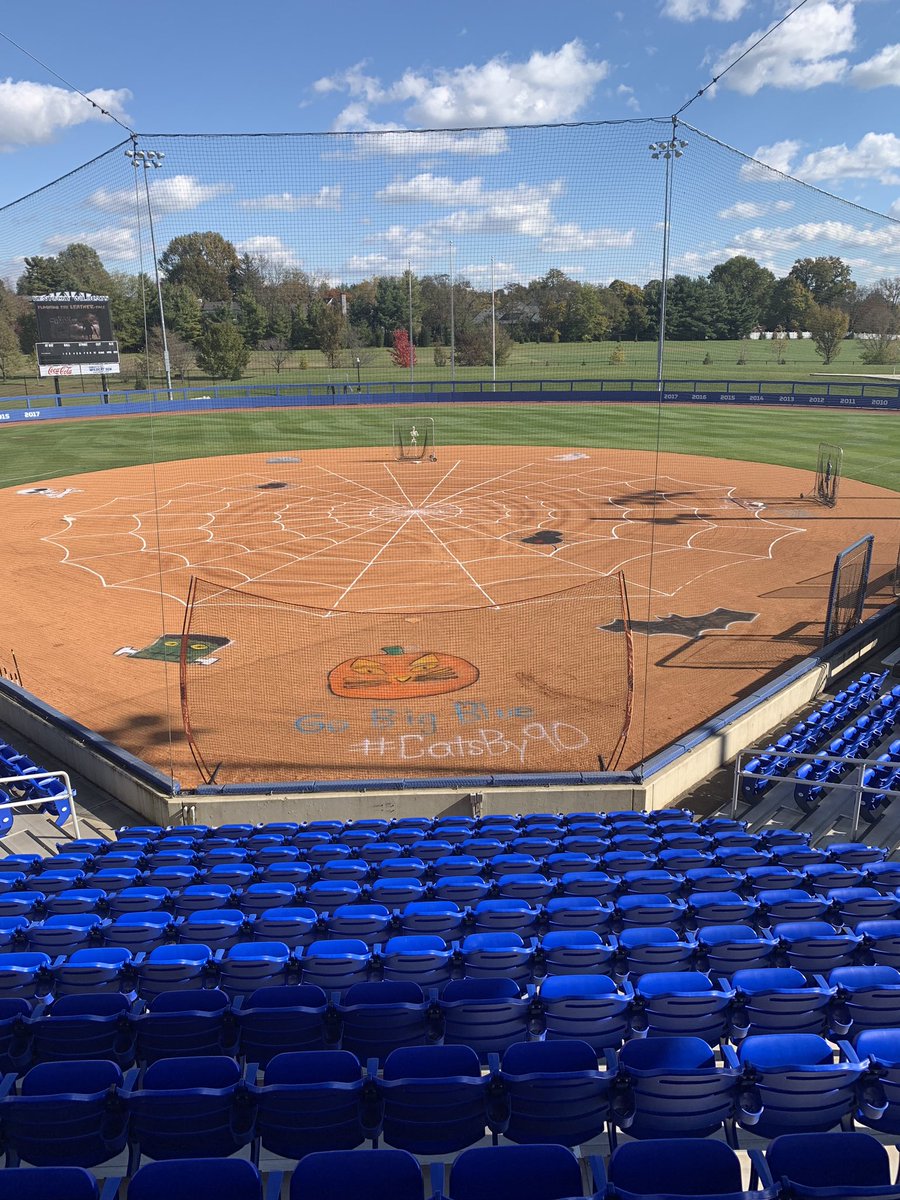 Kentucky’s turf crew is celebrating Halloween a little early.  The question is, are you?

Inclement weather is moving into the Commonwealth Wednesday night.  Temperatures are expected to be mild while precipitation increases throughout the day.  The rainy weather is causing many cities, like Lexington and Richmond, to move up trick-or-treating to tonight.  Meanwhile in Louisville, Greg Fischer has left it up for the neighborhoods to decide.  Of course, Facebook commenters have opinions.

The arguments may seem trivial, but free candy is serious business.  Enjoy as much Halloween candy as you possibly can.

Allen’s Monday was filled with weekly awards and postseason nominations.  Along with Lynn Bowden (Special Teams), Allen earned SEC Player of the Week honors, his fourth defensive POTW honor in eight games.  Allen was also named Walter Camp Defensive Player of the Week and was selected as a Semifinalist for the Chuck Bednarik and Butkus Award.

And oh by the way, he’s also hanging out in Times Square with Benny Snell.

You know this team is special, #BBN. We want to make sure everyone else knows it too.

In the middle of all the madness, Allen is still being a Dad.  He spoke with SEC This Morning about how he’s preparing for his little man’s first Halloween (enjoy the “Magical” hand gesture).

Allen’s appearance was the first of many by Kentucky Wildcats on the SEC Network.  C.J. Conrad experienced more Halloween flavor when Marcus Spears and Greg McElroy rocked a Kiss ensemble on Thinking Out Loud.

We’ll hear from Wilson, Conrad and the rest of the UK offense after this afternoon’s practice.

Snell is a Maxwell Semifinalist

The preseason watch lists have cut their list of candidates and Benny Snell is still in the hunt for the Maxwell Award.  Given to the Collegiate Player of the Year by the Maxwell Club, the list of 20 semifinalists will shrink to three on November 19.

Aaron Torres keeps bringing the heat.  This week he was joined by Kentucky National Champion Walter McCarty before McCarty begins his first season coaching his hometown team, the Evansville Purple Aces.  If football floats your boat, Chuck, Austin and I had a lot of fun on last night’s KSR Football Podcast.  Somebody let me into my zone.  Beware.

For the first time in school history, Kentucky will claim a spot in the CFB Playoff Top 25.  The first rankings of the 2018 season will be released tonight on ESPN at 7:00.  The Cats won’t be near the top four, but we will be able to see Kentucky’s potential, albeit improbable, path to the playoff.

Kentucky Plays Duke in One Week

People forget that.  Thanks, Kentucky football.

KSR will be back in an hour to talk about it all.