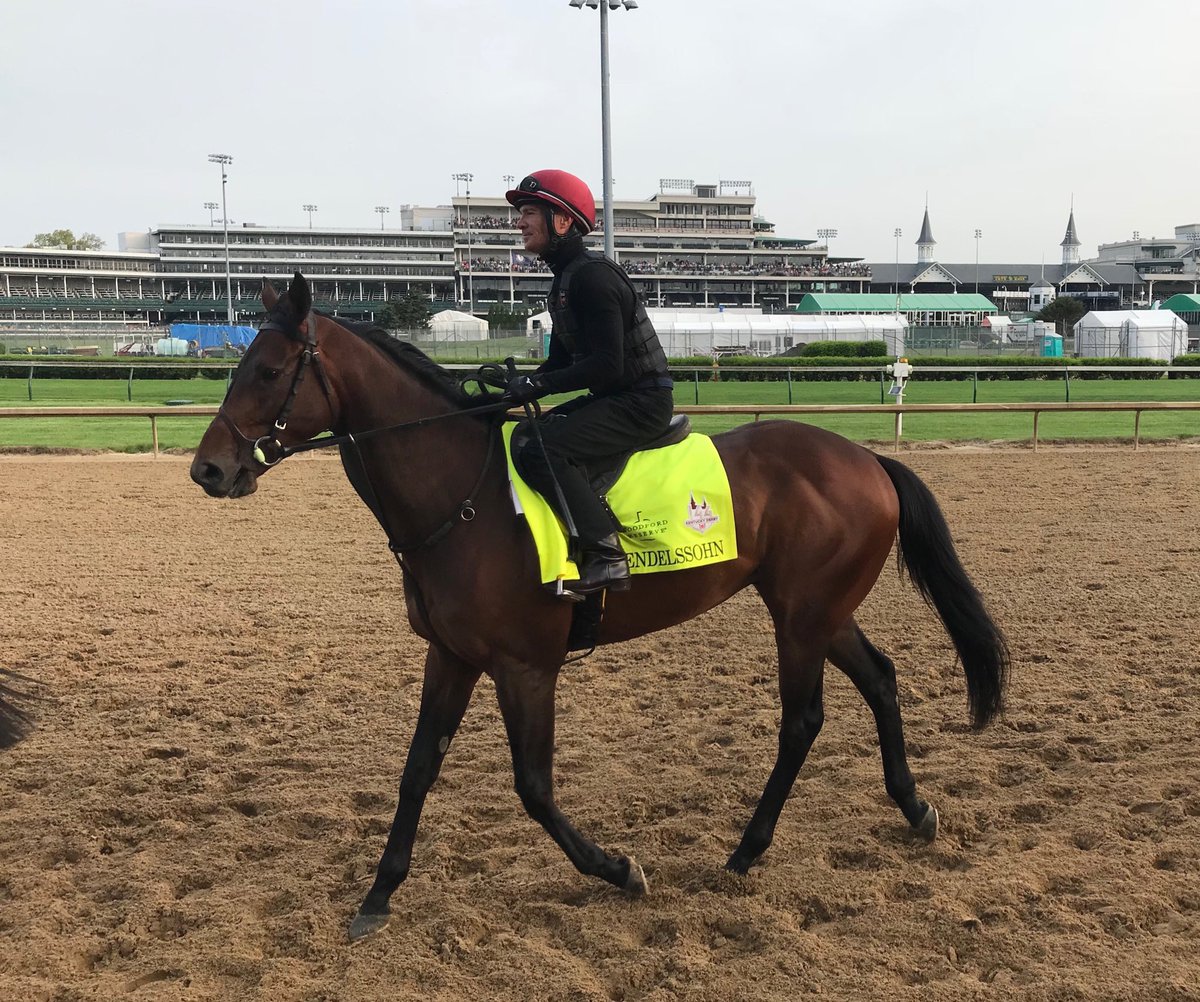 Mendelssohn finally made it to the track, from @JohnBoelWAVE3.

Derby weekend is here.  Today is the day at the track for “locals,” or so they say.  This year for the first time I’ll join 30,000 of my closest friends at Churchill Downs on “Thurby” for a sneak peek of what’s to come over the next two days.  I hope the races are better than the name.

For those who can’t make it to the track, this afternoon the Pegasus Parade will shut down Broadway and most of downtown Louisville.  See the road closures you need to avoid here.  If work is keeping you from doing either activity, tonight’s chow wagon concert is the best of the week, featuring Judah and the Lion.  It’s going to be LIT.

Derby week in Louisville. To the window, to the wall. pic.twitter.com/9JyYpBQpvS

All of this is getting me too excited to type anymore.  On to the news…

Coach K is (still) a Jerk

It turns out that Coach K can be a real hothead.  Who would have guessed?  This story about Semi Ojeleye’s mother sounds cruel. “I had tears streaming down my cheeks,” she said.  He screamed at her until her son transferred and became the AAC Player of the Year and an NBA Draft pick.  Smart move, K.

The man who used to grace his presence on the pages of this blog will now be the editor in chief of John Calipari’s website.  Yesterday Cal announced the recently retired KSTV host will bring his talents back to the internet and we could not be happier T.J. and his family.

Kevin Knox is in Morehead

You’ll see him signing autographs tonight from 6:30 to 8:00 at the Sleep Outfitters in Morehead.  His second signing tour wraps up this Sunday in Georgetown at Frank Shoop.

Love is in the Air

Louisville native Justin Thomas helped one man surprise his girlfriend with a proposal on the golf course.  I don’t think she saw it coming.

For those who were still holding out hope that Andre McGee was acting alone, yesterday’s story from WDRB ended that idea.  It turns out that when McGee was not coaching at UofL, he was receiving phone calls from Coach Mike, most likely to arrange another infamous party.  Enough is enough for some Louisville fans.

Anybody still want to defend Rick Pitino? …. Anyone? …. pic.twitter.com/sOLm758rez

I have a feeling Matt Jones will have a thing or two to say about this on KSR today at 10:00 a.m.