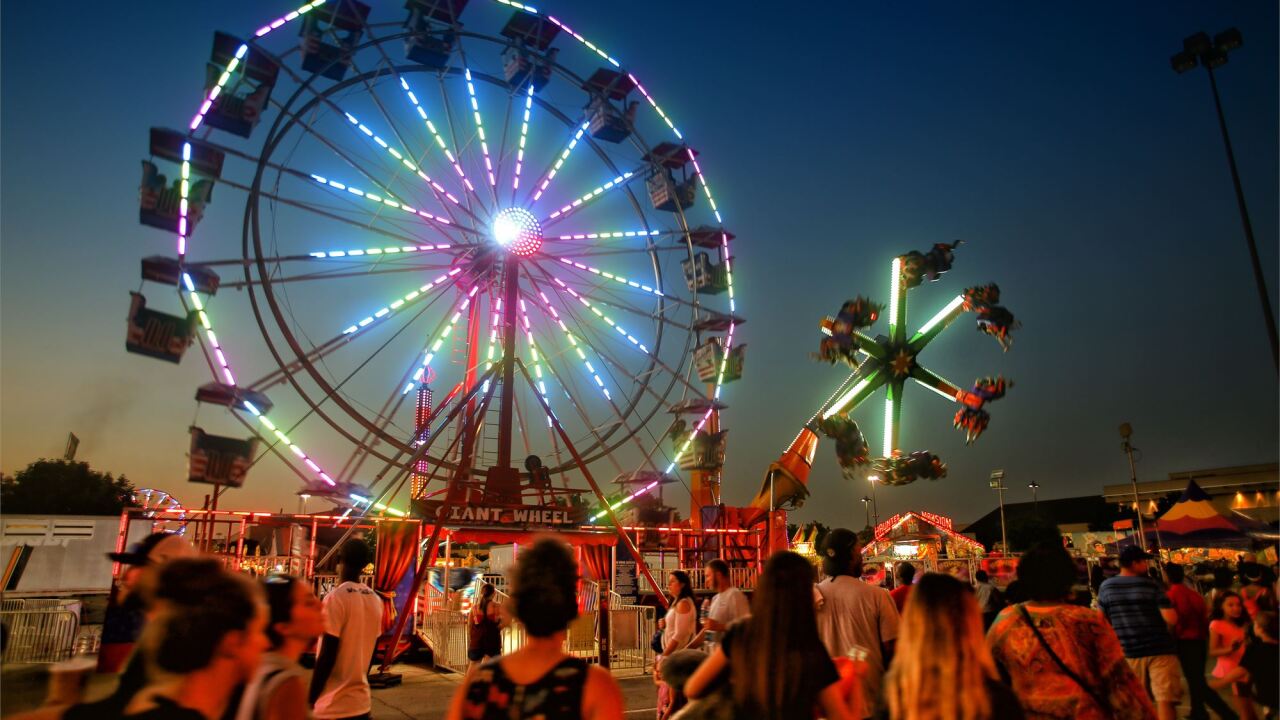 The smell of fried food and cow manure fills the hot August air. It must mean it’s time for the Kentucky State Fair.

From now until the August 25 the Kentucky Fair and Expo Center is hosting the greatest people-watching venue in America. It’s the only place you can see Lady Houdini and the Oak Ridge Boys while enjoying a Donut Burger. Before the free concerts begin each day at 8:00 p.m., you can browse the flea market, catch a ride on the Midway or see the Commonwealth’s most prized agricultural products.

All joking aside, there are few things I enjoy more in this world than attending the Kentucky State Fair. You never know what you’re going to find in the South Wing, until you walk closer and closer to Freedom Hall. The arts and crafts section shows off the amazing talent of Kentuckians from all corners of the state. The only problem is that once I walk past the cakes and pies, I am forced to purchase some sort of treat on my way out the door.

Tickets and parking are $10 at the gate, but you can save $2 if you order them online. It’s probably wise to plan ahead to see when your favorite act is playing in the Texas Roadhouse Concert Series. While you check your calendar, here’s what’s happening around the Big Blue Nation…

The controversial attorney is trying to combat federal extortion charges in court. In his lengthy first motion,  Avenatti claims an unnamed UK assistant was aware via text messages that Nike was funneling payments to high school basketball players. He also claimed Nike was willing to pay Zion Williamson and Romeo Langford, but there was no confirmation that either player was ever paid. You can find the entire motion in the story from Yahoo.

The Blue Ribbon College Basketball Yearbook is the first college basketball publication to release its preseason All-American team. No Wildcats made the cut, but there was a Louisville Cardinal sighting.

The Kentucky football team is back to work Thursday morning after a brief break from the field. To mark the unofficial start to the second half of training camp, the UK defense will speak to the media following practice. You will find all of your updates and interviews on Kentucky Sports Radio dot com this afternoon.

The fine folks at KyWildcatsTV are finally receiving recognition for their excellent work. Over the weekend Michael Tawasha received the Student Production Award for Editing at the Ohio Valley Emmy Awards. You remember his incredible work on the Benny Snell Heisman hype video.

Still, it’s not as good as the following two shorts. I’m being 100% sincere when I say they deserve an Academy Award nomination.

Nevada Football Gets It

This is how you introduce a schedule.

KSR is in Lexington

It’s the penultimate stop of the KSR Blue Lights Across the Bluegrass Summer Tour. See Matt, Ryan and Drew at the Kentucky Branded by Fayette Mall from 10-Noon and stock up on your UK gear ahead of the 2019 Kentucky football season. Two birds, one stone.

6 Comments for Today on KSR: The Kentucky State Fair Opens