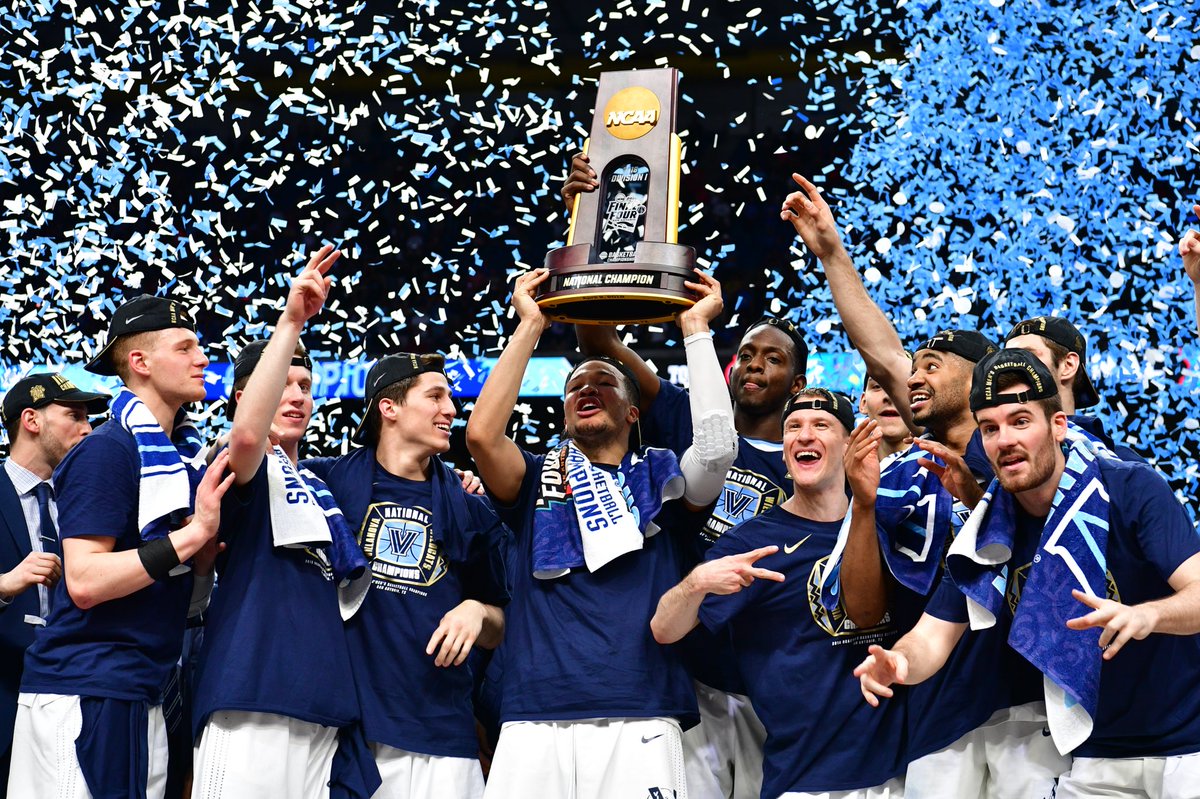 Villanova dominated Michigan 79-62 in the National Championship at the Alamodome, and just like that, the 2017-18 college basketball season is over.

The Wildcats are just the fourth team since 1979 to win two titles in three years, joining Duke (91-92), Florida (06-07) and Kentucky (96, 98).  The anticlimactic finale was not complete until TBS rolled One Shining Moment.

The first step following the season finale is figuring out who will be on next year’s team.  We know with certainty that Keldon Johnson, Immanuel Quickley and Tyler Herro will be in Lexington this summer, but everything else is still up in the air (at least, for now).

Kentucky’s point guard is expected to announce his NBA decision this evening.  It’s not set in stone, but word on the street is that it will be on the 6:00 p.m. SportsCenter.  If you put two and two together, it means he’ll likely declare for the NBA Draft, a wise decision considering his incredible rise throughout the season.

When or what Kevin Knox decides is currently unclear.  One thing we do know: if the sensation scorer turns pro, he isn’t just testing the waters.  Knox Sr. told the Tampa Bay Times last night, “If Kevin goes, he is going,” Knox Sr. said. “If he stays, he stays. We’re not exploring options. This is it.”

The elder Knox also said it could happen at any time between now and Friday.  Stay on your toes, BBN.

As expected, Tai Wynyard is leaving the Kentucky basketball program. The New Zealander appeared in 23 games through 2.5 years, scoring 19 points and grabbing 27 rebounds.  The Woodchopper’s time at UK was brief, but he did give us this:

The Louisville Cardinals will travel to The Cliff for the final time today.  Rain has moved the game up to 4:00 this afternoon.  Hopefully the rain will stay away long enough to kick some Cardinal ass (I’m thinking 9-2).

While you’re waiting for the first pitch, check out the latest edition of The KSR Baseball Podcast.

The Kentucky football team will reconvene for the first time since Saturday’s scrimmage.  The offense did not fare too well, except for this bomb from Terry Touchdown to Lynn Bowden.  We’ll hear Eddie Gran’s evaluation of the scrimmage shortly.

In news from the “I haven’t that name in a while” department, former UofL point guard Carlos Hurt was reportedly arrested for possession of marijuana.  Described by my elementary school basketball coach as “the greatest player I’ve ever seen,” Hurt played his final season of high school basketball at Louisville Moore.  He averaged more than 25 points and 8 assists a game.  Hurt was a McDonald’s All-American but lost Mr. Basketball honors to Josh Carrier.

Pitino’s first recruiting class at UofL was scary because of Hurt and Brandon Bender.  They were crazy talents, but didn’t last at Louisville for more than a season before they each eventually landed at Robert Morris (the NAIA one in Illinois).

After a wild day with teachers in Frankfort, the KSR crew is back in the studio in one hour.

6 Comments for Today on KSR: The 2018 College Basketball Season is Over