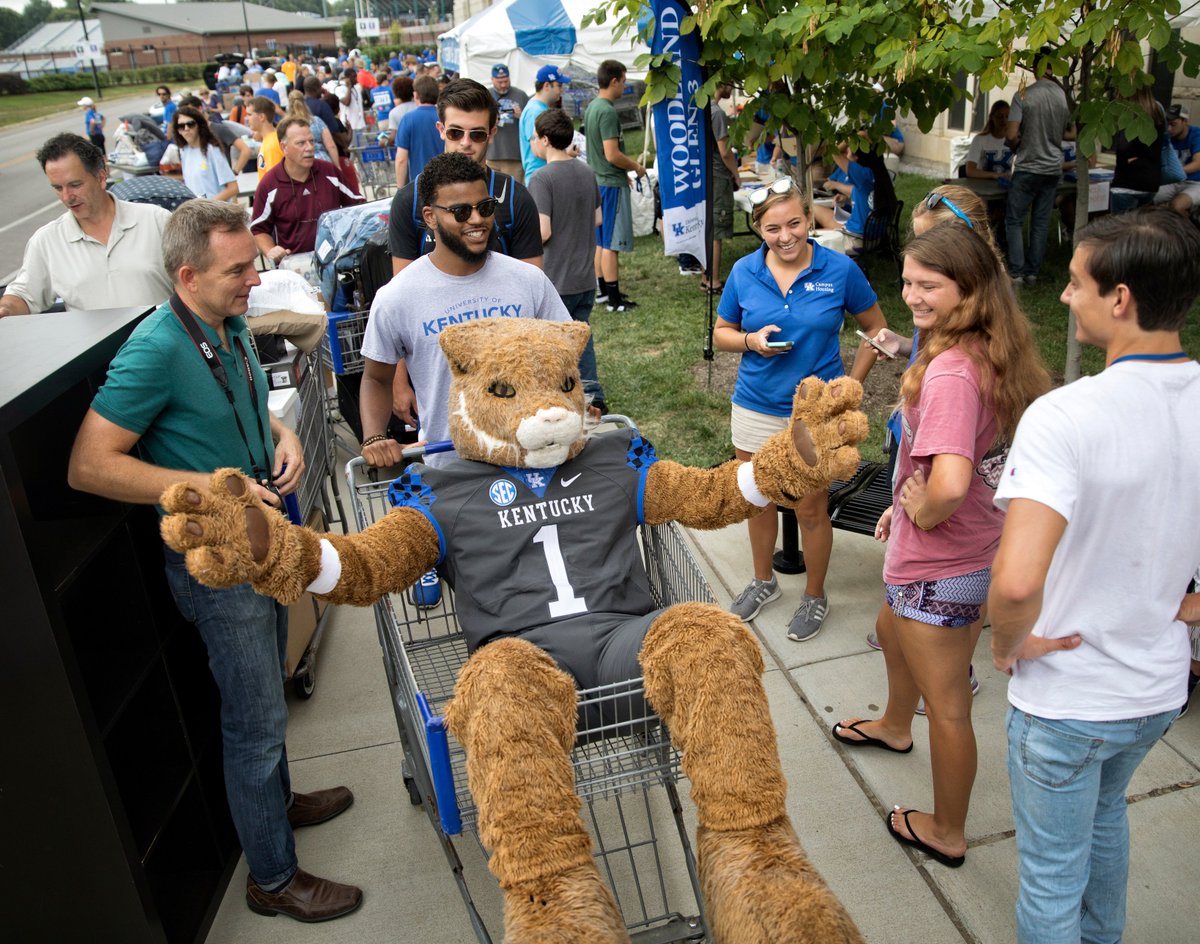 The University of Kentucky campus is being transformed with the addition of thousands of freshmen.  The first of three move-in days was yesterday, and the picture above shows quite a happy group of people.  Don’t believe their lies.  This is hell.

Cheering for Duke is a better idea than trying to drive through campus this week.  Just don’t do it; plain and simple.  If you do, it’s a consequence you will have to live with the rest of your life.  Don’t say I didn’t warn you.

Training camp continues today outside of the Joe Craft Football Training Center.  We’ll hear from Matt House and the rest of the defense this afternoon.  They probably won’t be in a good mood if David Bouvier does something like this again.

Another NFL Shot for Courtney Love?

Kentucky’s middle linebacker in 2016 and 2017 worked out for two teams early in the summer, the Browns and the Steelers.  When Love did not get a call back, he returned to Lexington as a graduate assistant on Matt House’s staff.  Aaron Wilson reports Love will get another chance with a pair of visits to meet with the Patriots and the Cardinals.

The former Kentucky forward has signed on the dotted line with the NBA’s Miami Heat.  After finishing his final season of eligibility at Cal, Lee showed the Heat enough to earn a contract when he averaged 6.1 points, 4.7 rebounds and 1.57 blocks per game playing for the Cavaliers in the NBA Summer League.

Before the sixth inning began, the St. Paul Saints celebrated the 40th anniversary of Animal House with a stadium-wide food fight.  Sometimes the best ideas are the simplest, and nothing is better than a good ole fashioned food fight.

The First Day of the State Fair

The Kentucky State Fair will open with bad weather in Louisville, Kentucky.  Don’t let it keep you away for too long.  There are still plenty of delicious corndogs to get your hands on when KSR is LIVE from the fair tomorrow morning.

Today you will find the KSR crew in Lexington at Everybody Fights on 124 Malabu Drive.  Along with a few exercise opportunities, there’s an excellent ticket giveaway you don’t want to miss.

3 Comments for Today on KSR: STAY AWAY FROM CAMPUS