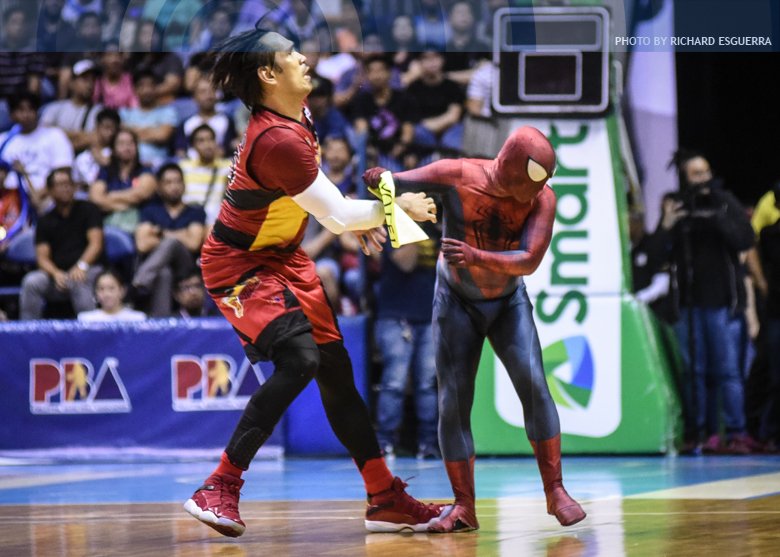 Now that the series is over, The Avengers are taking their talents to strange places.

In the waning moments of the fifth game in the PBA Philippine Cup Finals, a caped crusader crashed the court. Spiderman rose from the stands, but his Spidey sense was not working properly. Instead of dodging traffic, the masked marauder smashed into the face of June Mar Fajardo. He tried to escape while holding up a sign, but was quickly tackled by security.

A man dressed as Spiderman ran onto the court and hit June Mar Fajardo on the jaw before getting tackled by venue security.

Unlike the cartoon, this Spiderman was unmasked. Hopefully Spiderman: Far From Home ends much better than this. 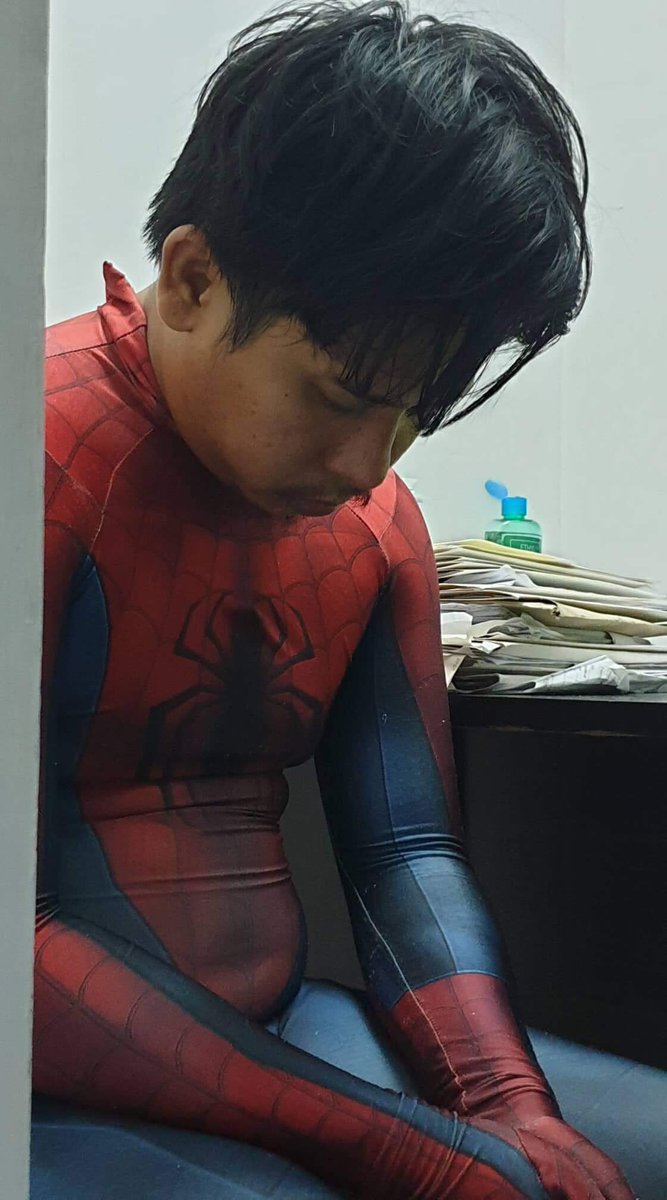 Johnny Juzang is a Wildcat

The Cats are back on top. Not long after Calipari began his courtship with the rising west coast star, the sharpshooter reclassified to 2019, committed to UK and gave the Cats the nation’s No. 1 recruiting class. As the game becomes ever more reliant on the three-point shot, Juzang is the perfect piece to add to next year’s team.

If you thought Cal lost a step, think again. 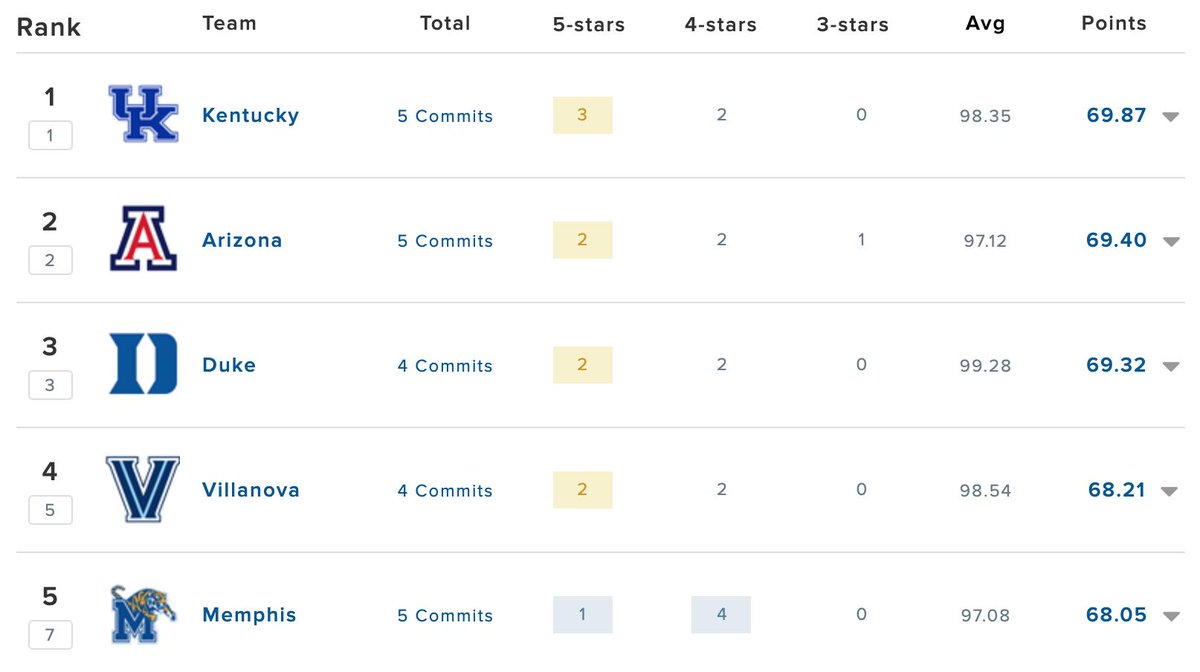 Not Friday’s only Big Commitment

While Kentucky fans patiently waited for Johnny Juzang’s decision, Indiana fans were sweating out the announcement of Lester Quinones. Sadly, I have to report Indiana lost another top 50 recruit, this time to Memphis. What a shame.

KSR is at the Nike EYBL

While Calipari completes the 2019 recruiting class, his assistants are focused on making ground in the 2020 class at the second round of the Nike EYBL circuit in Indianapolis. Zack Geoghegan is on the ground, covering the event for KSR. If you weren’t already following his NBA updates, you need to see exactly what he’s up to this weekend.

Friend of the program, Tom Hart, found quite a gem. Where can I get 70 more? 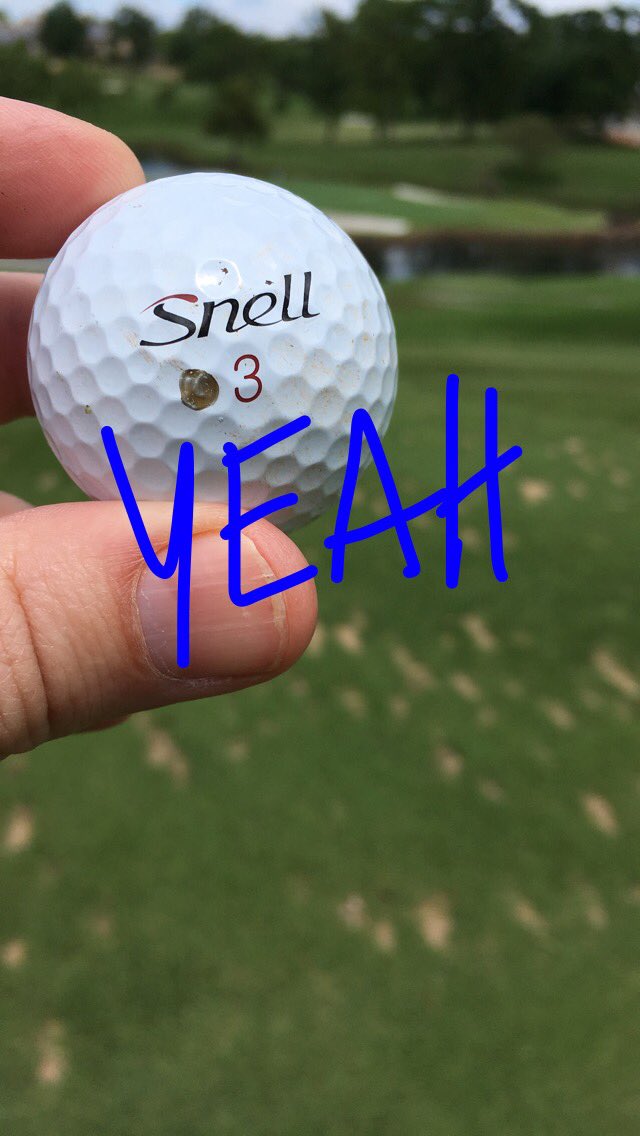 Benny Snell, Josh Allen, Bunchy Stallings, Darius West and Jordan Jones are just a few of the former Wildcats participating in NFL mini-camps this weekend. We’ll let you know how they’re getting acquainted with professional football throughout the weekend.

A Win and a Loss for UK Softball

After blowing out Ole Miss 8-0 to start the day, the Kentucky Wildcats could not continue their winning ways over Alabama. The Crimson Tide scored six runs in the bottom of the second inning on three different UK pitchers to take a commanding lead. Alabama ultimately eliminated UK 6-3 in the SEC Tournament semifinals.

A Tough Loss for UK Baseball

A leadoff home run in the seventh inning by South Carolina doomed the Kentucky Wildcats Friday night. With the 5-4 loss in Columbia, the two teams each moved to 6-19 in SEC play, a tie for the final spot in the SEC Tournament. If UK doesn’t win today at 11:00 a.m., broadcast live on the SEC Network, cracking the SEC Tournament field will be difficult.

This Story is Nuts

“The things we do for love,” typically evokes memories from ‘Winter is Coming,’ but it most certainly should apply to this family is well.

Her parents divorced so she could play the game she loves.

You don’t have to live in a galaxy far, far away to surround yourself with the best of the best from the Star Wars universe. Tonight the Louisville Bats are hosting their annual Star Wars Night at Louisville Slugger Field.

One of the most entertaining (and best people-watching) nights of the year, the Bats will wear special Star Wars jerseys, host a costume contest and bring out your favorite characters. Tickets can be purchased in advance for $10-$19 here. First pitch is set for 6:30.

Is this your Queen?!?

The Rockets could not force a game seven against a Kevin Durant-less Warriors, even with the Mother of Dragons on their side. I fear Daenerys Targaryen will share a similar fate tomorrow night in King’s Landing.

3 Comments for Today on KSR: Look Out! There goes the Spiderman