Mark Stoops has a New Contract

This morning UK announced they’ve restructured Stoops’ contract. UK has given him a raise and adjusted his incentives. You can find all the details here.

Yesterday Kentucky football’s favorite Eagle Scout, A.J. Rose, hung out with a few other Boy Scouts at Kentucky football practice. Kroger Field will be filled with scouts next Saturday when the Cats host Eastern Michigan. Find out how to get your troop into The Kroge by clicking here. 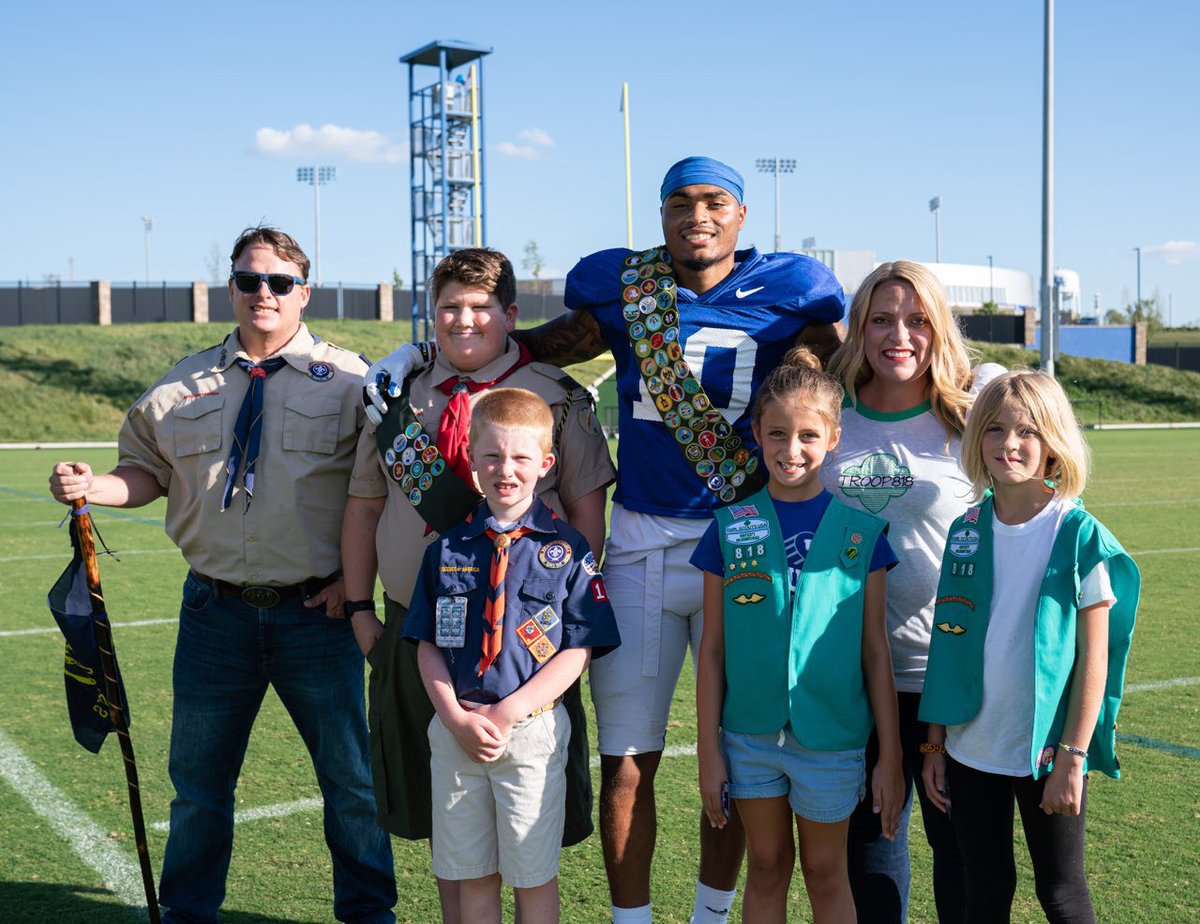 You can find more from Wednesday’s football practice here.

College football season is here. After week zero provided a nice tease, week one begins tonight with 16 college football games across the country, including a solid television slate.

It’s not just college football on TV. You can also catch a few former Cats playing in their fourth preseason game.

Speaking of Cats in the NFL, Josh Allen and Lonnie Johnson had two of the best five rookie performances from week three of the NFL preseason.

Jacksonville State sure has a weird way of getting fired up for college football season.

If you can’t wait for the football action to start, boy, do I have a treat for you. Yesterday KSR published 2.5 podcasts (that football one is riding the struggle bus) on the Kentucky Sports Radio network. Whether you need an in-depth scouting report or gambling picks, we got you covered. If you prefer to listen to college basketball recruiting talk, a new Sources Say hit the airwaves this morning. There are plenty of ways to listen to each podcast.

The horse named after the Hefty Lefty just missed the board in his first career race. Entering the final turn, Lorenzen had the inside position on four horses battling for second. Once they reached the final furlong, the Mark Casse colt ran out of gas. We’ll keep a close eye on this promising horse with an excellent namesake.

A Salute to Mike Farrell

The UK community lost one of its best Wednesday afternoon. Journalism professor Mike Farrell passed away at 70. A longtime editor of the Kentucky Post prior to joining the UK faculty, he was inducted into the Kentucky Journalism Hall of Fame in 2017. More importantly, he changed the lives of hundreds of thousands of students.

A kind, approachable man, each student learned something different from the wise professor. I will forever be grateful for my experiences with Dr. Farrell. The lessons I learned will not soon be forgotten. All of our thoughts and prayers are with his family and UK JOU community during this difficult time.

2 Comments for Today on KSR: LexTran’s Gameday Shuttle Returns in 2019