Two of the BBN’s favorite football players are playing in the NFL’s primetime Thursday Night Football spotlight. Ryan Fitzpatrick was actually Josh Allen’s first NFL victim, suffering multiple sacks against the rookie in a 2019 preseason game. Tonight Allen will get plenty more opportunities to enjoy a sack lunch when the Jaguars host the Dolphins.

Hopefully, it won’t be all Fitzpatrick all night. It should have already been Tua time in Miami. At least we have a war of words between Fitzpatrick and Garner Minshew.

After Ryan Fitzpatrick proclaimed beards are cooler than mustaches, Gardner Minshew responded: "I'll let mine speak for itself… but I'm gonna have respect for my elders. Especially when they're much, much elder." pic.twitter.com/vEC277ysCj

Whoever is playing QB for Miami, they need to get the ball to Lynn Bowden. In his week two debut the former Cat only got one opportunity, catching one pass for -1 yards against Buffalo. Let Bowden eat, Miami, or Josh Allen will feast on Thursday night.

You can feast on football and deals on cold drinks during the game at KSBar and Grille. Domestic buckets are $10, Country Boy buckets are $16 and well drinks are only $3 once the ball is kicked off at 8:20 pm ET on the NFL Network. 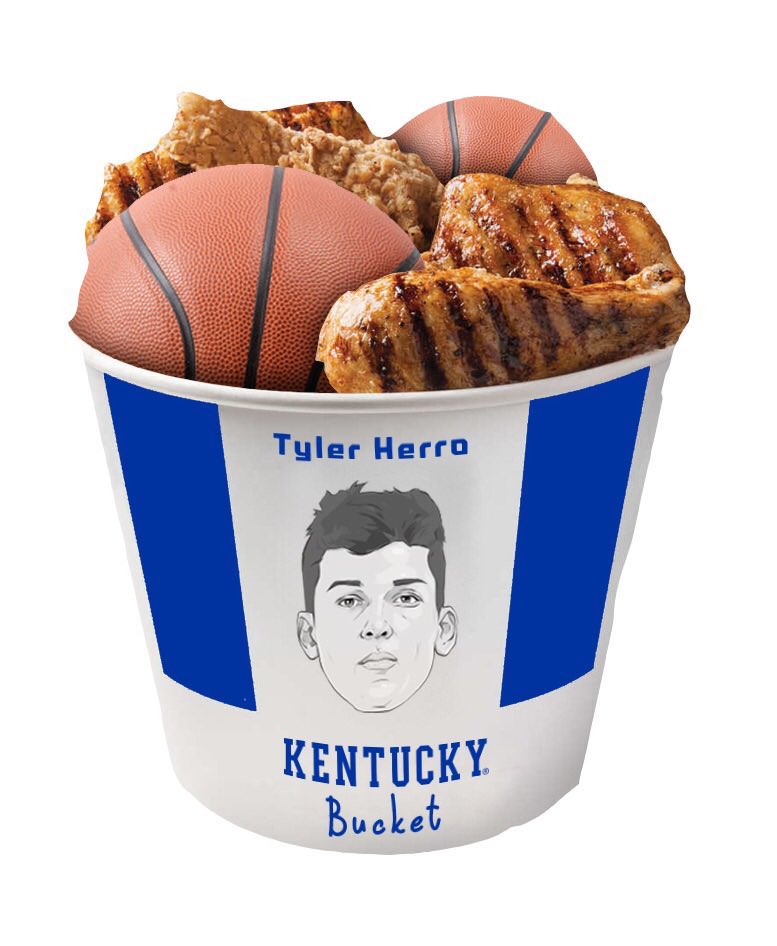 Tyler Herro is a bad man. The rookie came off the bench and the put the team on his back to help the Heat take a 3-1 lead over the Boston Celtics in the Eastern Conference Finals. Herro finished with 37 points, six rebounds and three assists, the second-most points ever scored in an NBA Playoff game by a player under 20, trailing only Magic Johnson’s 42-point performance in the 1980 NBA Finals.

The Western Conference Finals resume tonight with game four. Can the Lakers mimic the Heat and take a 3-1 lead over the Nuggets? We’ll find out at 9 pm ET on TNT.

In lieu of hosting a large crowd at a downtown hotel ballroom, the Greater Louisville UK Alumni Association is hosting a virtual kickoff luncheon this afternoon. Former Wildcat Kash Daniel will speak with head coach Mark Stoops to give fans an idea of what to expect this fall. It’s free to virtually attend if you follow this link at noon.

Stoops Takes Off His Coaches’ Hat

Mark Stoops has been able to play Dad some this fall instead of just coach. But don’t be fooled, sometimes he can’t help himself.

“I feel I do a good job of taking off the coach’s hat but I will say my son’s game, we were in a tough game,” he said on Monday. “I was glad somebody caught it on tape. My son (Will) had a great catch, the only touchdown of the game. That was fun for me to see that. It was a close game and I sat up there and enjoyed it with my wife and (younger) son but there came a point in the game late where it started getting a little dicey where I had to get down there and throw a few suggestions out to my son. In the eighth grade they aren’t used to backpedaling so I had to deepen them up a little bit. Lo and behold we intercept and ice the game and win 8-0 so that was a fun game.”

People forget that Nick Saban was Vince Marrow’s college head coach. For one season in 1990, Marrow was Saban’s tight end at Toledo. This week ESPN looked back at Saban’s first season as a head coach to share the signs of greatness his players saw in that grueling 9-2 season. Marrow likened the conditioning sessions to the “Junction Boys” and compared Saban’s back and forth with a future first rounder on the defensive line to Craig and Deebo from the movie Friday.

“Deebo’s walking around there and beating everyone up,” Marrow said, alluding to the movie characters. “Saban was Craig.”

The UK-UofL rivalry game is in jeopardy because the Cards’ head coach thinks it’s unfair to play the Cats at an empty Yum! Center before returning the favor at a packed Rupp Arena. If you listen closely, you can actually hear the chickens roosting behind Mack.

NEW: I asked Louisville head coach Chris Mack if the Cardinals will face Kentucky this season. His response: pic.twitter.com/p54nrkSCFE

The Reds are Rolling

Future NL Cy Young winner Trevor Bauer fanned 12 in eight innings to lift the Reds to a 6-1 victory over the Brewers. The series victory in the final week of the season has the Reds currently slotted in the seventh playoff seed, but there’s still room to improve when they take on the Twins tomorrow night.

10 Comments for Today on KSR: Josh Allen and Lynn Bowden in Primetime