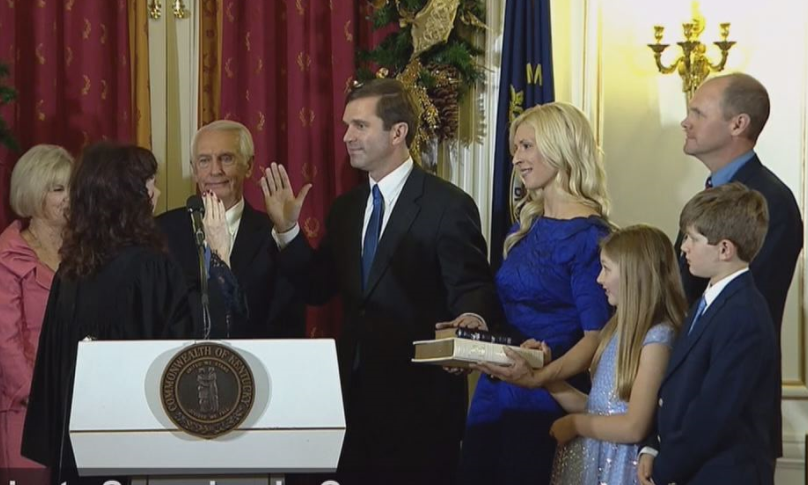 The Commonwealth has a new Governor.

As Monday turned into Tuesday, Matt Bevin’s tenure ended as Kentucky’s Governor. Shortly after Andy Beshear swore not to participate in a duel, the former attorney general became the Commonwealth’s 63rd Governor.

The private ceremony will turn into a public celebration in the streets of Frankfort. After a breakfast and prayer service, the inaugural parade will march through the town beginning at 10 a.m. ET. Road closures will be in effect until about 2 p.m. Here are the areas you should avoid if you don’t want to get stuck in traffic: 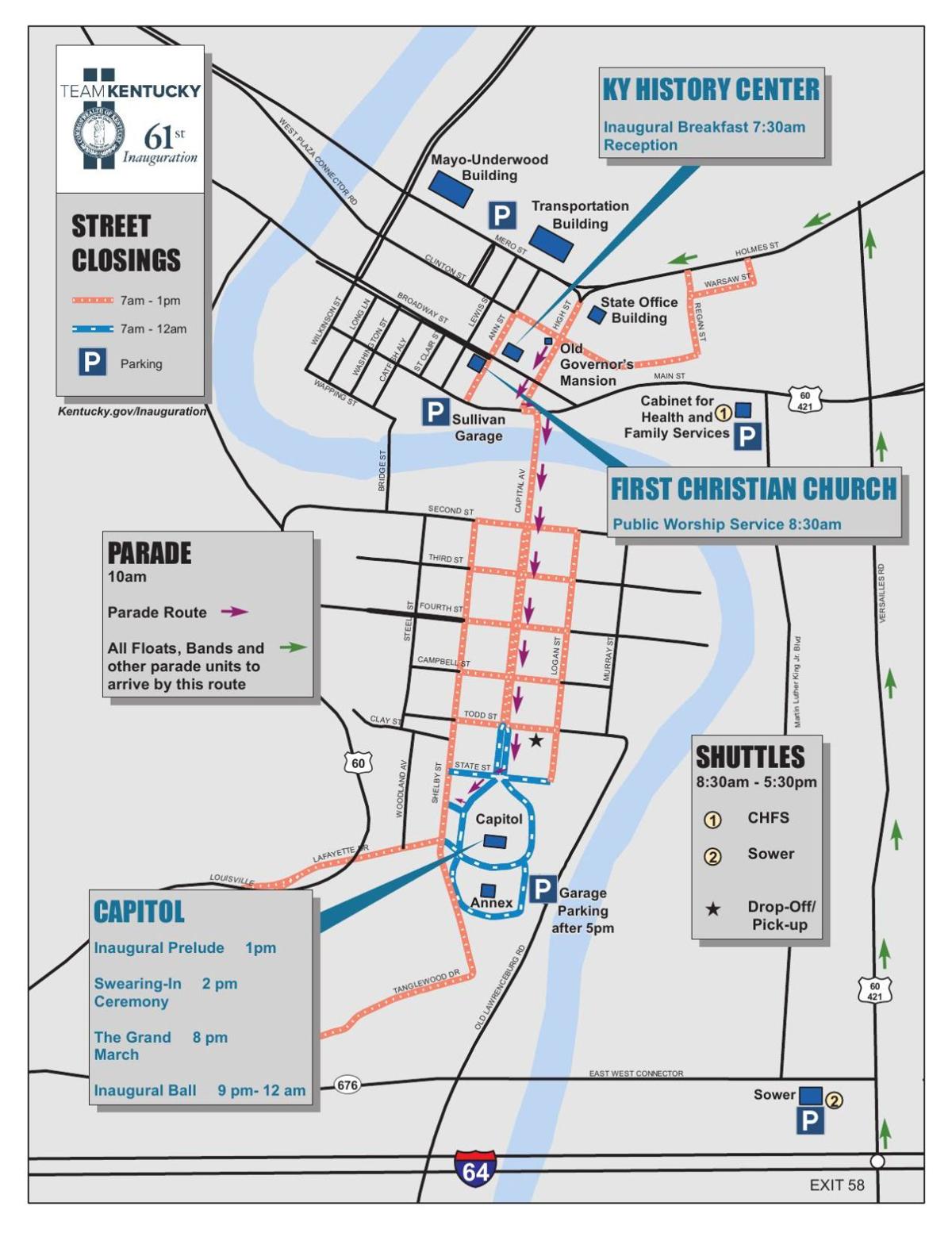 For those who aren’t fans of parades or politics, Mark Stoops’ staff is parading through the country visiting prospective football recruits. I’ll have more on that later. Until then, catch up on the latest on UK’s top targets and see what else we’ve got cooking on KSR.

Kentucky’s superstar jack of all trades announced Monday afternoon that he has played his final game at Kroger Field. He will forego his final season of eligibility to enter the 2020 NFL Draft, but first he’s got a Belk Bowl to win.

I have a special message for the #BBN. Love y'all ? pic.twitter.com/OqT3XeHgBM

After a slight scheduling snafu, the KSR Football Podcast will return with a guy you haven’t heard over the airwaves in a while. Smash that subscribe button and prepare to hear the Panther’s thoughts on this year’s wild UK football season this afternoon.

It’s in an unusual place. The former UK quarterback ran into a fan while making a pilgrimage to Bethlehem ahead of Christmas. The BBN is everywhere. 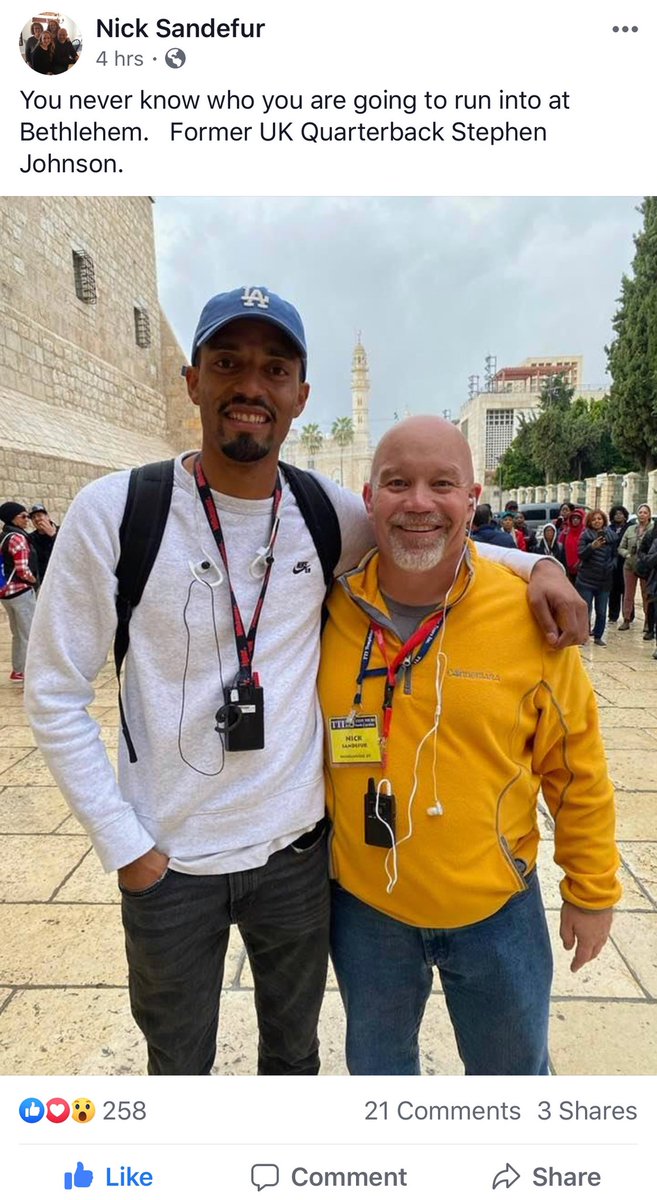 The quarterback that loved to lose to Kentucky at South Carolina will play for a team that loves to lose in the Pac-12 Championship Game. Jake Bentley announced on Twitter Tuesday that he will be taking his talents to Salt Lake City for his final season of eligibility. Asked to be the Gamecocks’ superhero, Utah is actually a nice fit for him in the run-first offense.

The Hilltoppers’ brightest star is done for the season. A one-time projected lottery pick, WKU announced sophomore Charles Bassey suffered a tibial plateau fracture in his left knee during the second half of this weekend’s game against Arkansas. The injury’s recovery time is 6-9 months. Hopefully it’s only a slight setback for a player who has such a promising professional career.

Beuhler is Back in Lexington

After a couple of incredible outings in the postseason, the Dodgers’ ace returned to his Old Kentucky Home. The Dodgers’ 11-minute feature highlights many of the places you’re familiar with around Lexington.

The Jimmy V Classic is in NYC

The brief break in football gives a nice night of basketball action. No. 1 Louisville takes on Texas Tech in a battle of future UK foes at 7 p.m. ET, before UConn and Indiana hit the hardwood at MSG.

10 Comments for Today on KSR: Inauguration in the Bluegrass