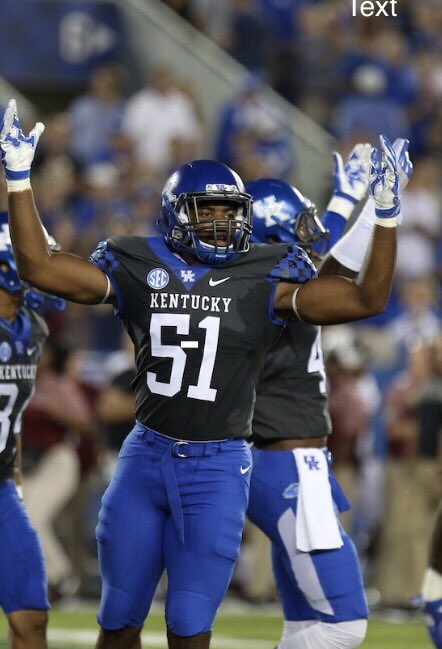 The University of Kentucky Wildcats football team is 5-1

In case you missed it last night, the Kentucky Wildcats defeated Missouri in 40-34 at Kroger Field. The Cats head into the bye week one win away from bowl eligibility.

Relive it with some highlights.

It was a very scary moment in the fourth quarter when backup quarterback Luke Wright collapsed on the sideline. Wright was taken off the field and a stretcher and to the hospital. He was responsive when he left, but later Tweeted out some good news.

All came back good. Thanks for all the prayers!

Booger McFarland comments on the game

Also, I highly recommend reading the replies on this tweet. Very entertaining.

Bol Bol is is down to two schools

Jeff Borzello reported yesterday that the five-star prospect is down to two schools, Kentucky and Oregon. Bol eliminated USC and Arizona from consideration in wake of the FBI investigations.

Bol was cut from Coach Cal’ Team USA’s U19 team, which did not help his recruitment. However, a Kenny Payne visit and the announcement that he will attend Big Blue Madness looks promising.

A tradition is born at Florida

Tom Petty, a Gainesville native, was honored in the most awesome way during the Florida game on Saturday. I’ve watched this five times and I get chills every time.

A CBS Sports Network commentator needs an eye exam after announcing that the Eastern Michigan kicker hit a 50-yard field goal when he clearly was wide right.  I had to watch this six times and I’m still confused as to what he saw.

All I can say is, this is REAL pic.twitter.com/pZ0ZBhun4G (H/T @SomeonesAnIdiot)

I’m going to the Bengals game today, so if you see me, say hello!