While searching for my muse to write this post, I sought out a midnight snack.  As I perused through the fridge, I found myself salivating over an odd assortment of items.  After passing the shelf that had pickles and spicy brown mustard, I had an epiphany: I’m one step closer to being an old man.

First, my hair disappeared.  Then I got a mortgage and a wife.  Now my tastebuds are cementing me firmly into adulthood, and honestly, I’m not mad about it.  The best tastes are acquired.  While some may be disgusted, there aren’t many foods that tickle my fancy more than…

I eventually settled for a PB&J and washed it down with a kosher pickle spear, the best of multiple worlds.  While my pallet continues to expand, I’ll greatly take any and all suggestions.  In the meantime…

Dale Earnhardt Jr., America’s favorite Junior, will make a special appearance on today’s episode of the Aaron Torres Sports Podcast.  Has there ever been a bigger guest on a KSR podcast?  I think not.  Subscribe to hear everything Junior has to say when the podcast goes live around lunchtime.

The SEC Inside crew knows what they’re doing.  There are a few noteworthy moments from last night’s feature on Kentucky — what led to the kickoff return touchdown, Matt House’s post-touchdown reaction and Stoops’ pregame speech — but nothing can top Benny Snell’s game-winning drive.

Kash Daniel’s club has been compared to Thanos’ Infinity Gauntlet, but this old Super Smash Bros’ player prefers to imagine Kash yelling, “FALCON PUNCH” as he sacks the quarterback. 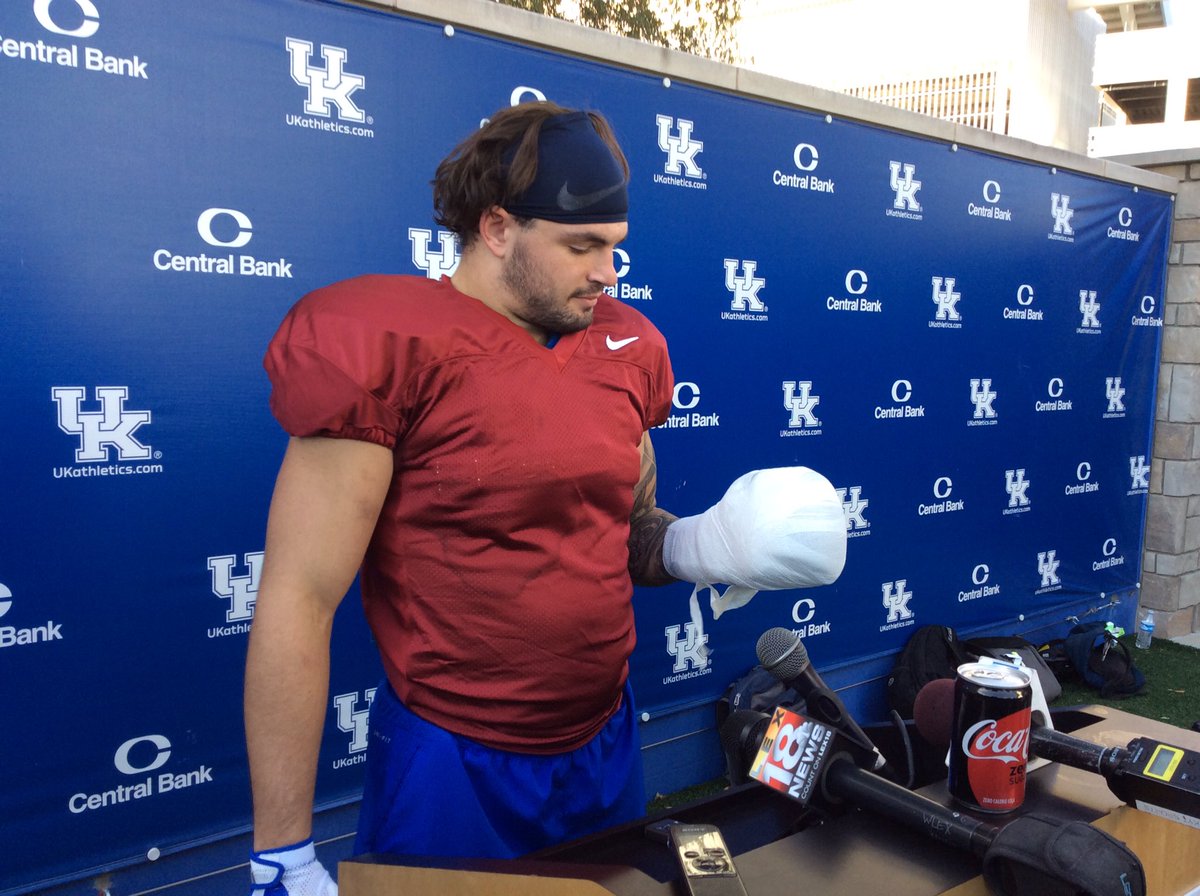 Before the Cats take on the Missouri Tigers, the basketball team will play its first exhibition Friday night against Transylvania.  If you’re making the football road trip, let’s enjoy a basketball game together in scenic downtown Columbia.  I’ll be at Mizzou’s version of Two Keys, Harpo’s, in time for the 6:00 CT tip-off.  But if you have any better, more grown-up suggestions, I’m all ears.

Take a look behind the scenes to see the people that keep the Kentucky football program moving smoothly by shooting and editing film as quickly as possible.

"We're the guys who when you hear a coach say 'we're going to go look at the film,' that's what we do."

Coach's film is a daily and nearly instantaneous process. How does it get done? Under the Hood presented by @PaulMillerKY goes behind the scenes at @UKFootball. pic.twitter.com/ZM7HkiBOSS

Two Coaches that Don’t Get It

Hours after a federal jury found three people guilty in the college basketball corruption case, Bill Self spoke.  He did not use his words wisely.  Nobody took more heat during the trial than Self and this is how he responded:

Bill Self’s advice to any supporters trying to process everything and want more than his statement: “Read the testimony or the evidence that was presented during the trial.” Self said he has not done that but suggested others should.

Self’s lack of self-awareness is laughable.  You can get another good laugh from old curmudgeon Jim Boeheim too. He said this about potentially paying players.

“I don’t think we should ever compensate players…They can keep their meal money… “Everybody says, ‘The coach makes this and the players (0).’ The player is 17 years old. I’ve been working my whole life. There’s a lot of 17-year-old kids that don’t make money.”

Kentucky got the Frontline Treatment

The state’s public pension problem was spotlighted on this week’s edition of Frontline.  The almost hour-long PBS documentary examines what went wrong with public pensions and the potential long-term consequences for state employees everywhere.  If you missed it, it’s all streaming right here.

That’s how Cole Anthony ended a Tweet last night.  He’ll soon cut his list of potential suitors in half.  Anothony’s recruitment has been pretty mysterious so far.  This move should slightly clear up where each suitor stands.

Struggling to start the day with a pep in your step?  This should help.

10 Comments for Today on KSR: An Old Man Tastebud Transformation