Apparently the World Cup still happens, even if the USA isn’t in the international soccer tournament.  All of the action in Russia begins this morning, when the Russians take on Saudi Arabia at 11:00 a.m. on Fox.

Since you can’t cheer for America, you need to invest your rooting interests into another team.  Maybe you cheer for the English lads, until you remember they’re a bunch of imperialist redcoats.  Iceland is a popular underdog, which is kind of an oxymoron.  You could follow your family heritage, but pardon me for not wanting to join the Germans.  T.J. and I are taking the most practical route — we’re cheering for a team that plays while we’re on the radio.  The winner of tomorrow’s 8:00 a.m. match between Egypt (Mo Salah) and Uruguay (Luis Suarez) has our support.

Or you could just not care at all.  After all, the U.S. Open at Shinnecock begins today too.

The transfer rule and college football’s redshirt rule received facelifts yesterday.  Schools used to be able to block student-athletes from transferring to specific schools.  That rule has been eliminated, giving more freedom to players in all sports across the country.  In football, players can see four games of action without burning a redshirt and losing a season of eligibility.  The rule could have helped UK during injury-plagued moments throughout Mark Stoops’ tenure.

“I think it’s a win-win for all concerned,” Stoops told the Herald-Leader through a team spokesman. “There’s no question it would help the team and it helps the young man. It would help keep the individual engaged throughout the season if there is a chance to play.”

After the Kentucky football team learned about financial management, the Big Dog taught A.J. Rose how to get buckets.

Benny Snell’s form is not too shabby at all.

Cookout? + Basketball ? + Golf ??= A great evening together as a team #BBN pic.twitter.com/BLG36rtER4

During the Wednesday night team-building activities, the players were joined by potential future teammates.  More than a dozen highly-touted recruits, including at least three of the Cats’ top in-state targets, attended the event.  Don’t worry, this wasn’t an illegal Bruce Pearl backyard barbecue.

The UK students no longer have the lottery as an excuse to miss games.  Tickets have gone mobile.  Find season ticket packages and see out how the new process will work here.

Joel Justus is in Canada

As Tony Barbee (and KSR’s T.J. Walker) returned home after pool play at the FIBA Americas Cup, Joel Justus arrived in Canada to see Team USA’s final two games of the tournament.  He may not see Tyrese Maxey play — the UK commit sprained his ankle Tuesday — but he will get to see Matthew Hurt and Cole Anthony in action. 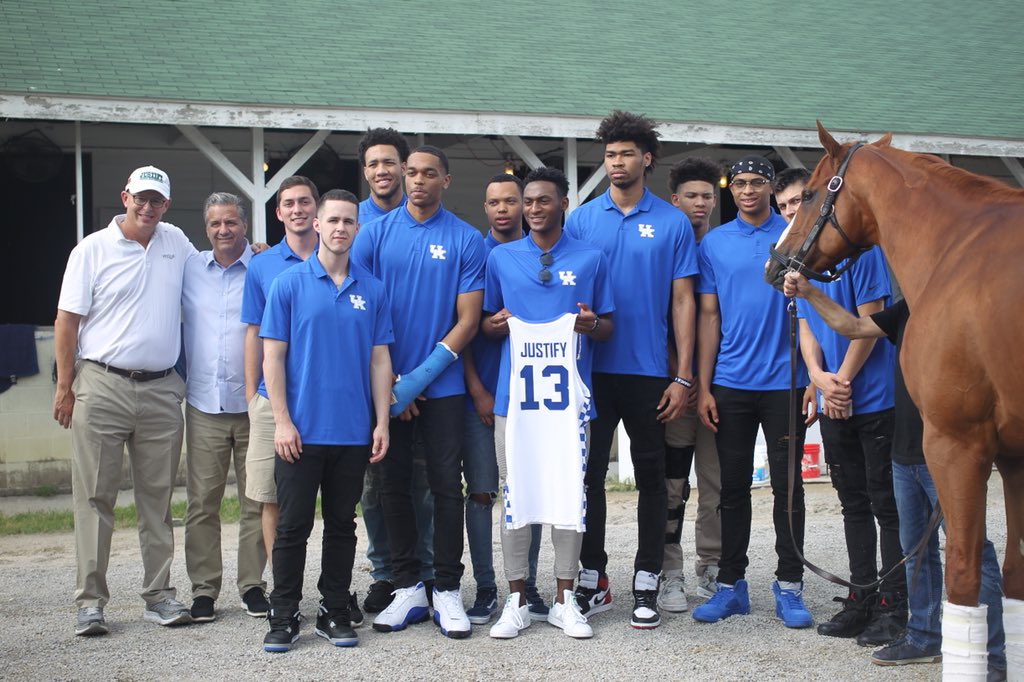 KSR is in Danville

The KSR crew is LIVE from Boyle County at Dexter Insurance, located at 461 Main Street in the middle of scenic downtown Danville.  Don’t miss your chance to win tickets and a chance to go see the Wildcats in the Bahamas.

4 Comments for Today on KSR: An American-less World Cup