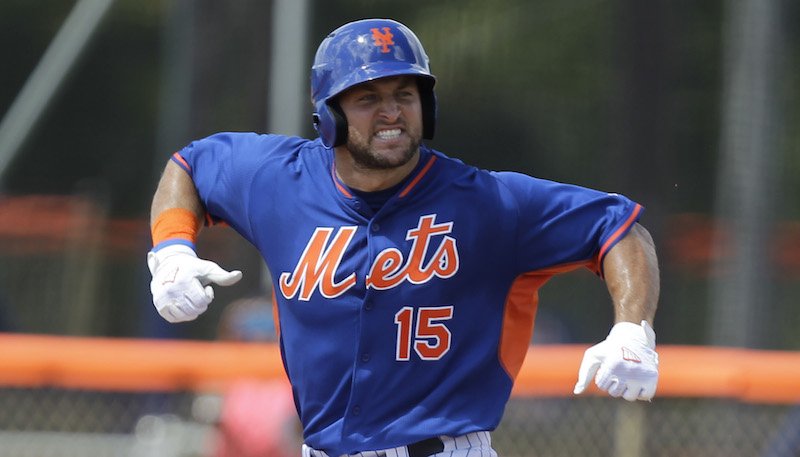 If you haven’t watched ESPN in the last month and a half, former quarterback and current SEC Network analyst Tim Tebow is now a professional baseball player. Tebow signed a minor-league contract with the New York Mets earlier in the month, and during his first instructional league game between the Mets and the Cardinals today in Florida, he hit a home run on the first pitch he faced. Of course.

Tim Tebow goes yard on the first pitch he faced in his first instructional league game. (via @Katie_Johnson_) pic.twitter.com/AGvg281WfU

I tried for years not to like Tebow, but I actually really enjoy him as a football analyst. And, probably, as a baseball player too.