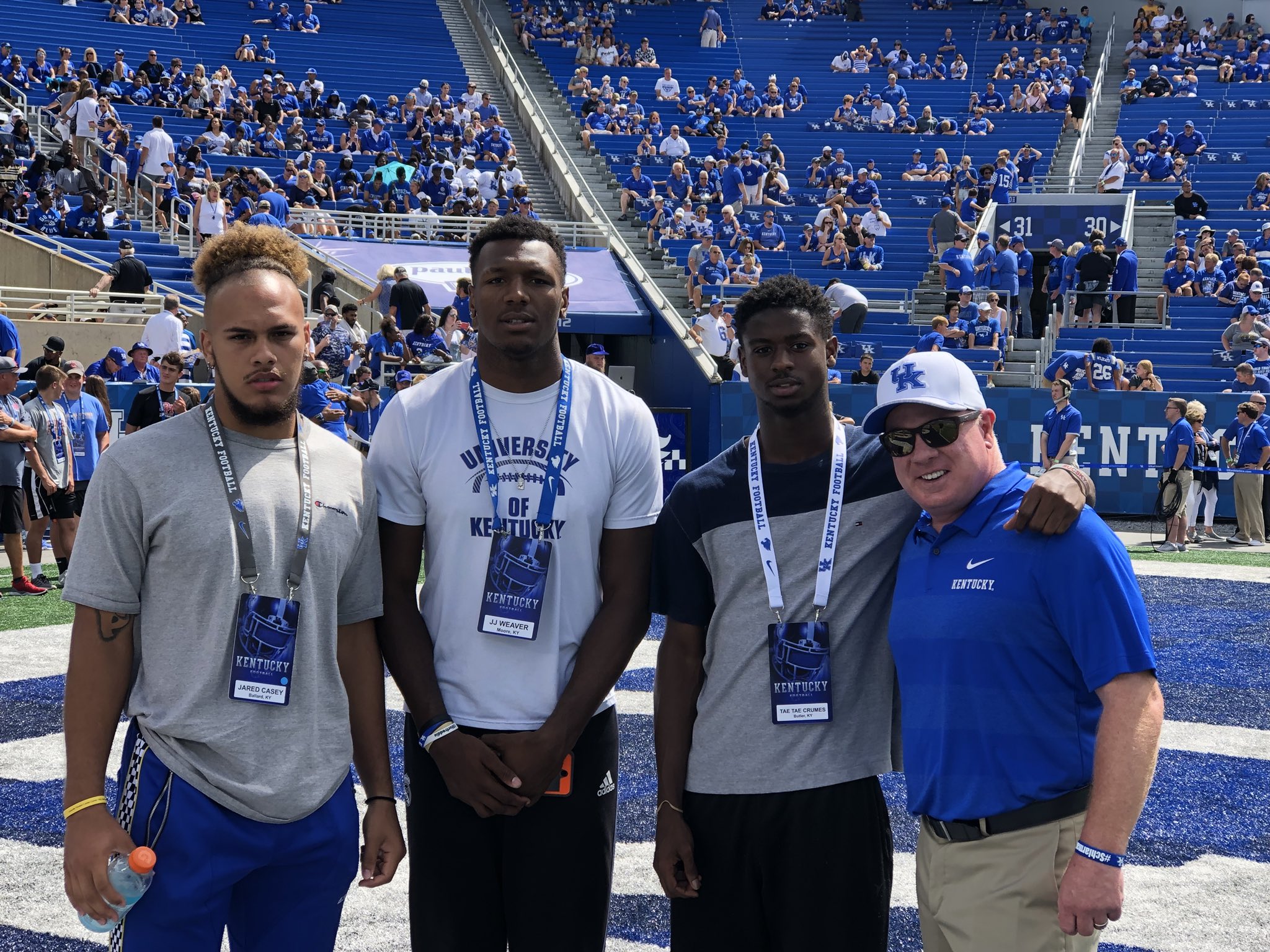 Three top recruits out of Louisville from the 2019 class were at Kroger field yesterday. Jared Casey, JJ Weaver, and Tae Tae Crumes were all present for UK’s victory over Central Michigan.

Jared Casey is a three-star inside linebacker from Ballard high school. He is currently also being recruited by Louisville, Cincinnati, and Oregon. He is listed at 6’3 and 220 lbs; he is ranked as the number 17 inside linebacker in the nation, and the eighth best player in the state.

Check out his highlights from his time at Trinity:

JJ Weaver is a four-star prospect from Moore Traditional School; Weaver is also being recruited by Miami, Georiga, Purdue, Louisville, and Cincinnati. Weaver is a 6’6, 240 lb; defensive end ranked as the sixth-best player out of Kentucky in the 2019 class. Oh, and he can play some receiver too, just check out his highlights below.

Finally, UK commit, Tae Tae Crumes. The Butler wide receiver is ranked as the tenth best player in the state of Kentucky in the 2019 class, and committed to UK back in June. Michigan, Memphis, and EKU recruited him. He de-committed from Louisville before giving his verbal to the Cats.

Want some highlights on him as Well? Just watch below.

5 Comments for Three Louisville Recruits were in Lexington Yesterday