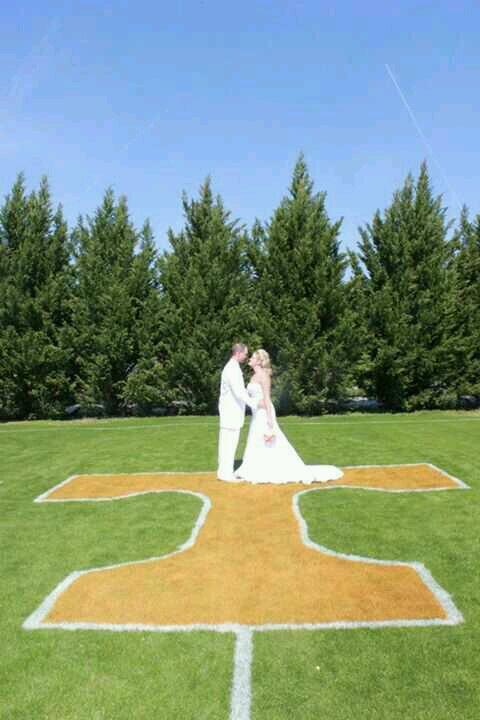 It is supposed to be a beautiful thing when two people who love each other get together in front of friends and family to tie the knot. But an obsession with Tennessee football and too much orange has always been known to ruin a good thing — and weddings are no different.

That was the case over the weekend when Two die hard Vols fans got married in the most disgusting ceremony ever captured on camera. The wedding featured a replica UT football field, invitations in the form of game tickets, and a cake that I wouldn’t eat if it were the only piece of food I had to stay alive. See for yourself: 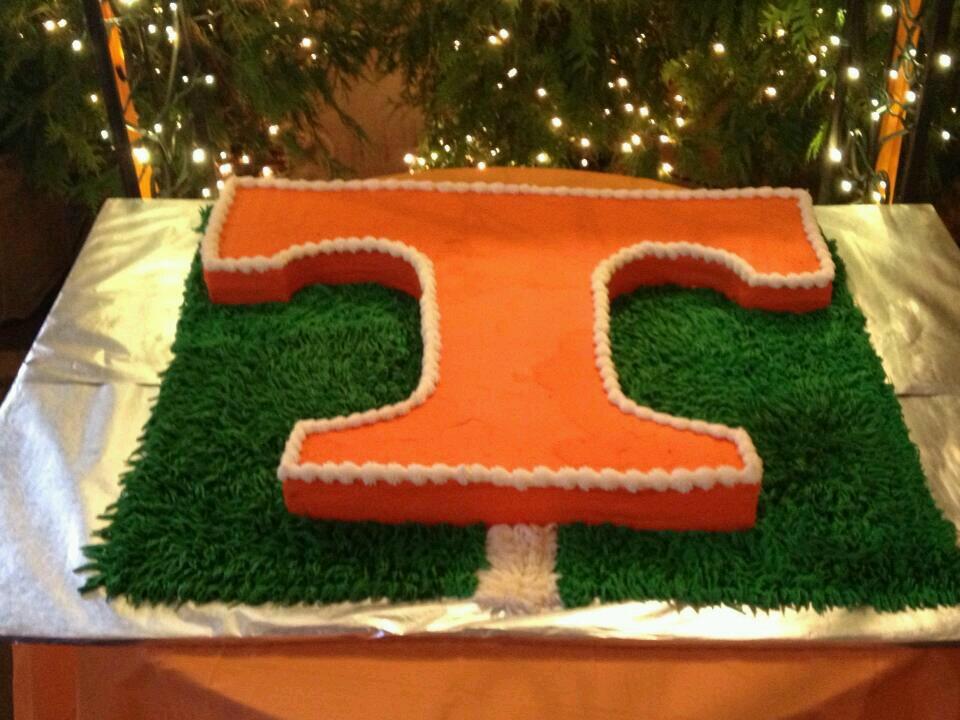 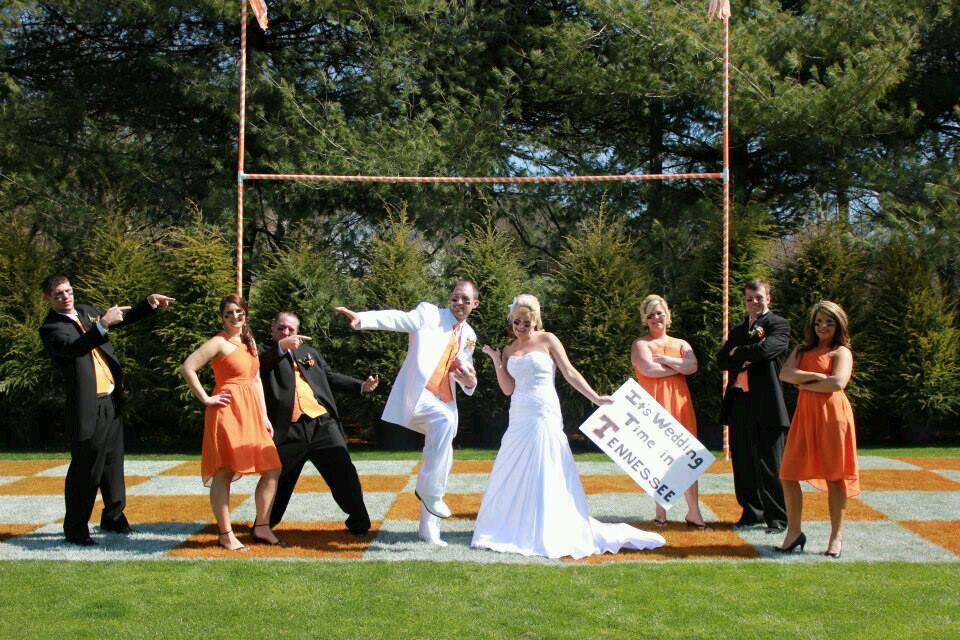 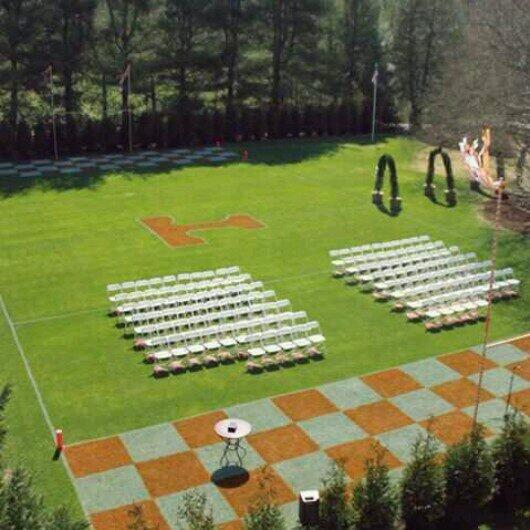 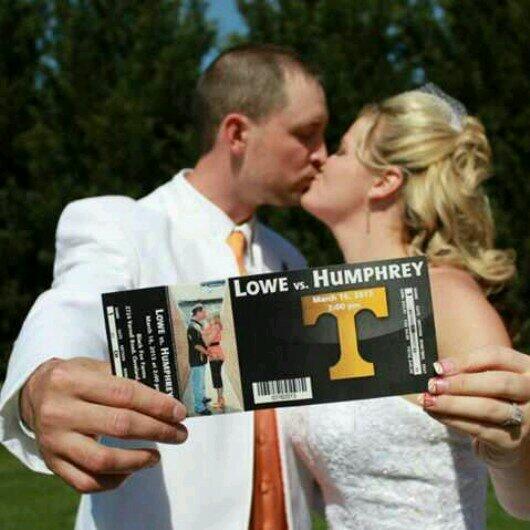 Let’s blue it up a little bit in here with tonight’s News and Views.

The SEC released its future football schedule rotation and I can’t wait eight years before we tailgate in Oxford again.

UK learned its 12-year rotation of non-division opponents on Monday, concluding with the 2025 season, seen below:

If you’re a teenager, do everything you can to get in game-shape for that 2022 stop in Oxford, Mississippi. TRUST ME. If you’re a parent of a teenager, it’s not too early to educate them on what lies ahead in The Grove. I’m going to be too old to get the full experience and that’s really upsetting. I couldn’t eat tonight I was so heartbroken.

The trip to Tuscaloosa in two years will be pretty fun, though. Go ahead and put me down as the first to call the upset.

There is new hope to see John Wall and Anthony Davis in the rafters.

KSR just learned that the requirements for having a jersey retired in Rupp have changed, leaving hope for one-and-done stars to one day see their jerseys hanging in the rafters. The player still must be a member of the Kentucky Athletics Hall of Fame for five years before being considered, but the Kentucky Athletic Hall of Fame no longer requires a degree from UK for induction. That opens the door for Calipari stars like John Wall and Anthony Davis to get the recognition they deserve. Rex Chapman should be a #DoneDeal, too.

Joe B. Hall has pretty lofty expectations for the 2014-15 Kentucky Wildcats.

Beisner, Mark Krebs and the KSTV crew were in Louisville on Monday for the Louisville Legends golf tournament and Krebs caught up with Joe B. Hall, who had an interesting comment about the upcoming basketball season. Coach Hall told him, “I think it’s going to be the greatest year ever.”

Cobble’s run with the Broncos was short-lived as the former Kentucky defensive lineman was handed his release papers Monday when the team trimmed its offseason roster. Cobble signed an undrafted free agent contract last week but was sent home before OTA offseason workouts.

The NBA Draft lottery is less than 24 hours away.

We’ll soon get a better idea of who will be landing where in June. I’m praying to the NBA Gods that Utah ends up with the first or second pick so Jabari Parker can go there and marry several women and disappear forever.

Stay off the road when Patrick Patterson is listening to Michael Jackson.

Jacob Tamme’s “Swings For Soldiers” is back for a fifth summer.

Everyone’s favorite former UK tight end will host his fifth annual Swings For Soldiers golf scramble this summer to raise money for Homes For Our Troops. There are limited spots available so hurry up and get signed up if you would like to play. This year it will be held at University Club in Lexington on Monday, July 14 and I’m hearing some big names will be in town to participate and raise money for the great cause.

For more information or to participate, sponsor or donate, contact [email protected] or visit SwingsForSoldiers.org.

The KSR statewide tour has its schedule.

Kentucky Sports Radio is packing up its faulty equipment and hitting the road this summer for a tour of the show’s affiliates across the state. Some of the locations are still TBD, but the schedule of stops is as follows:

Mon July 28: Danville
Tue July 29: Fort Wright
Wed July 30: Maysville
Thu July 31: Lexington
Fri Aug 1: Louisville
Ryan Lemond and I will split the co-hosting duties and I’m looking forward to seeing everyone on my portion of the tour. I’m tentatively scheduled for the first week plus Paintsville, then Monticello, Madisonville, Lexington and Louisville with Ryan. Of course Matt will be at every stop and I know he’s very excited to get out and see everyone as well. Mark your calendar if you’re near any of the places on the list! And we’ll need lunch recommendations! Why am I yelling?!