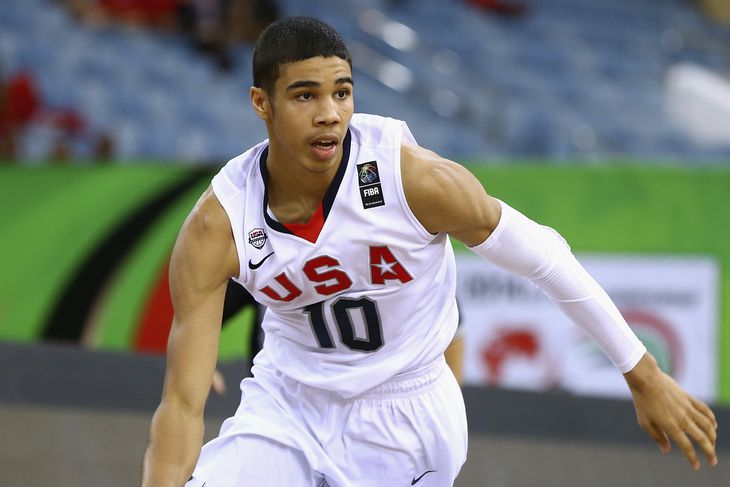 According to several reports around the interweb, Jayson Tatum will announce his college decision in the next two weeks and it’s unlikely Kentucky will be the choice.

Charlie Marlow of FOX2 in St. Louis spoke with the 2016 star and Tatum told him he’s down to Duke, Kentucky, North Carolina and Saint Louis, and the world will know his destination sooner than later.

Word on the street is there is a very strong possibility of a Tatum-Harry Giles package deal at Duke. If that’s the case, it’s hard to imagine any class topping that one. Those two are the real deal.

At this point it may be best for us to root for Saint Louis in his recruitment. Anywhere but Duke.

Got some last minute magic in you, Cal?