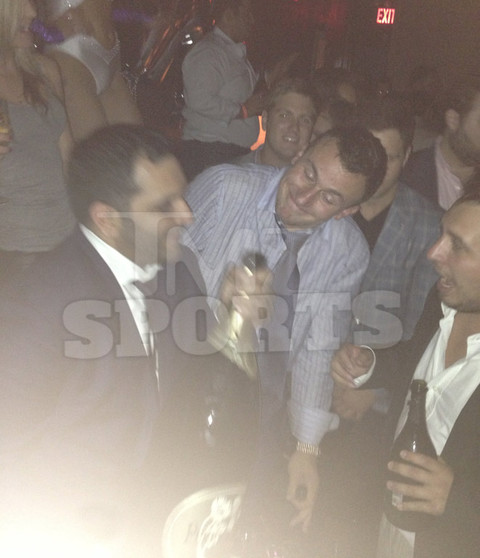 Johnny Football is already making an impact in Cleveland, 12 hours after the Browns drafted him to be the new face of the franchise. According to Darren Rovell, 1,500 new season tickets have been sold since Manziel shook hands with Roger Goodell.

While Browns fans were coming out of hiding to love the Browns again, Manziel was partying in New York City (shocker!) with Drake, Busta Rhymes, Kyrie Irving and lots of women that would never give you or me the time of day.

On a personal note, I don’t know if I’ll ever be able to forgive the Titans for passing on Johnny Cashville with the 11th pick. I couldn’t sleep last night I was so mad. But they took a good back-up tackle!