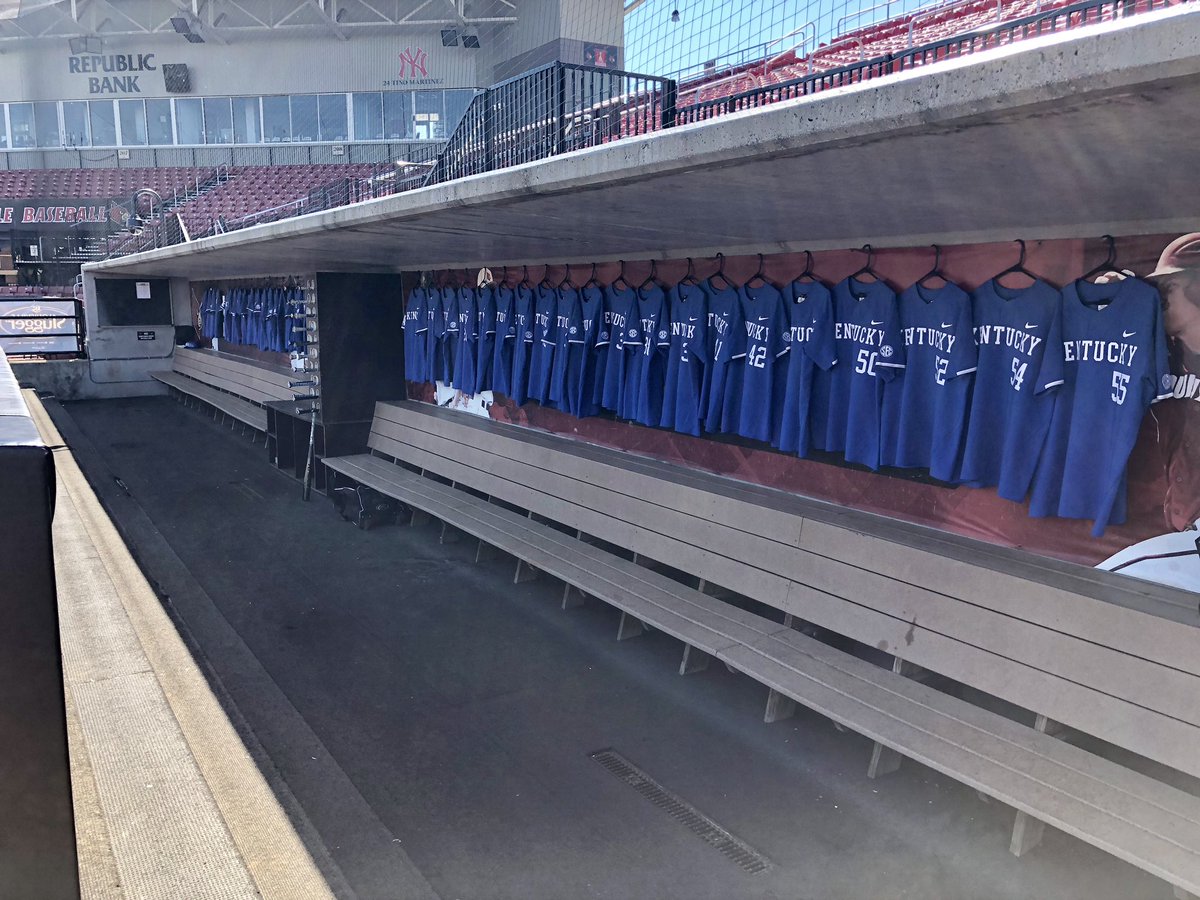 If you’re looking for some evening entertainment that involves cheering for your Kentucky Wildcats against their arch rival, the Louisville Cardinals, may I suggest firing up your streaming device and opening the Watch ESPN app? Starting right now, the Kentucky Baseball team is taking on the No. 10 Louisville Cardinals at Jim Patterson Stadium in Louisville, and you can see it all on ACC Network Extra/WatchESPN. You can also listen to the game on UKAthletics.com and 630 AM WLAP.

Speaking of the baseball team, junior left-hander Zack Thompson was named Perfect Game’s National Pitcher of the Week today for his complete game shutout of No. 4 Georgia over the weekend. In Friday’s 5-0 win over the Bulldogs, Thompson struck out a career-high 13 batters and allowed only two infield hits. The complete game shutout was the first for a UK pitcher since Sean Hjelle blanked No. 13 Texas A&M in College Station on March 17, 2017.