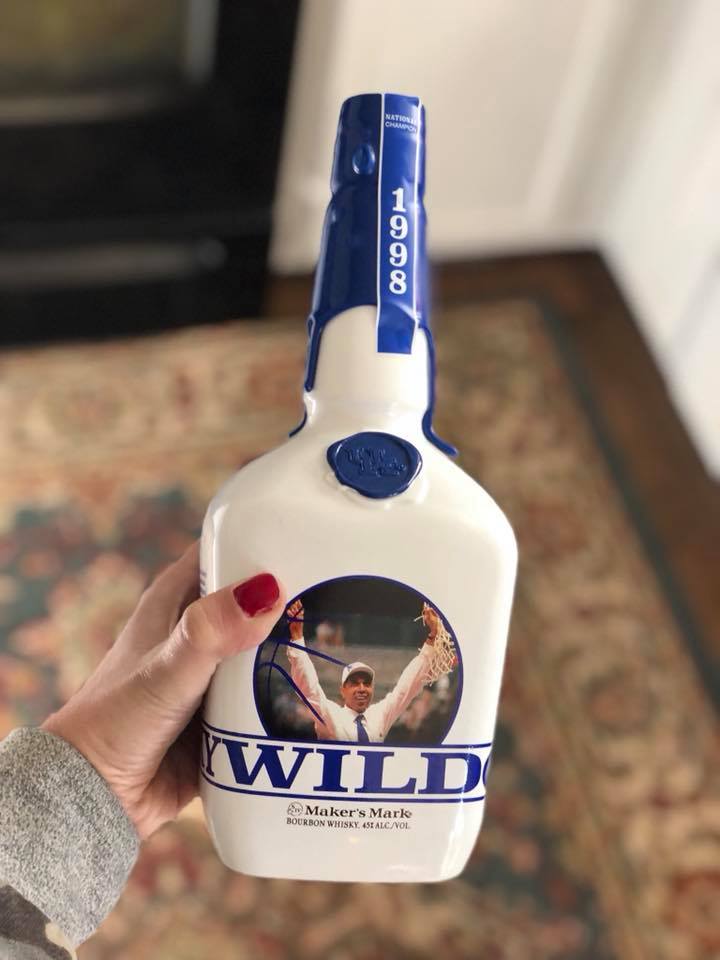 If you want one, you better get them now while you still can.  The bottles went for sale this morning at 9:00 a.m. People camped out overnight to be the first to get their hands on one.

#BBN proving they’re crazy once again! Not even 5am and this is the line outside Liquor Barn ahead of today’s release of the commemorative @MakersMark bottle honoring the 97-98 championship team @LEX18News pic.twitter.com/AwAZ5dXSyd

If you are able to get your hands on a bottle, next week nine members of the team AND Tubby Smith will be in town for a reunion and signing session.  The team will be at All Sports one week from today on April 13 to sign bottles from 4:30-6:30.  Is there a better way to pregame the UK football spring game?  I think not.