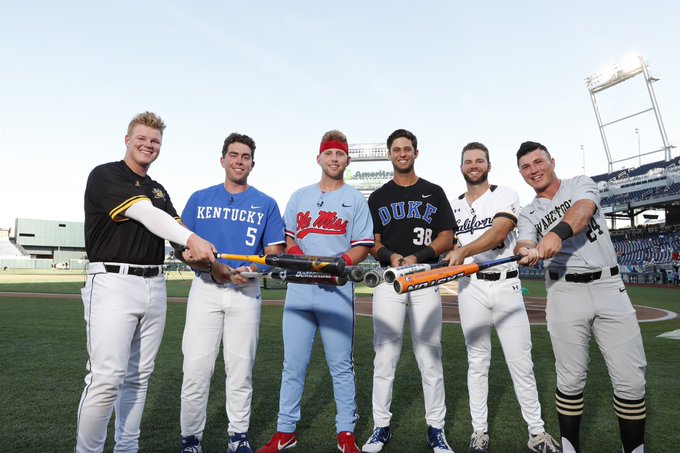 Collett managed to get to the second round of last night’s contest clobbering 16 balls out of TD Ameritrade Park, but unfortunately, his second round performance couldn’t get him into the one on one final for the College Home Run Derby Championship. However, Northen Kentucky’s Griffin Doersching won the contest with a whopping 51 home runs on the night.

Regardless of where Collett finished, he said it was one of the best times he’s ever had in his baseball career.

What a night… @CollettTj ? off a bucket list item and has a message for everyone who helped play a part… @CollegeHRDerby #WeAreUK pic.twitter.com/myqRcks2pV

Collet had so much fun, that the left-handed slugger even decided to hit from the right side of the plate in last night’s derby.

Check out all of T.J.’s best moments at the College Homerun Derby:

Life is a collection of experiences and @CollettTj and his family had one they’ll never forget last night at the @CollegeHRDerby! #WeAreUK pic.twitter.com/9yJ4i89knb

2 Comments for T.J. Collett finishes in the 2nd Round at the College Home Run Derby