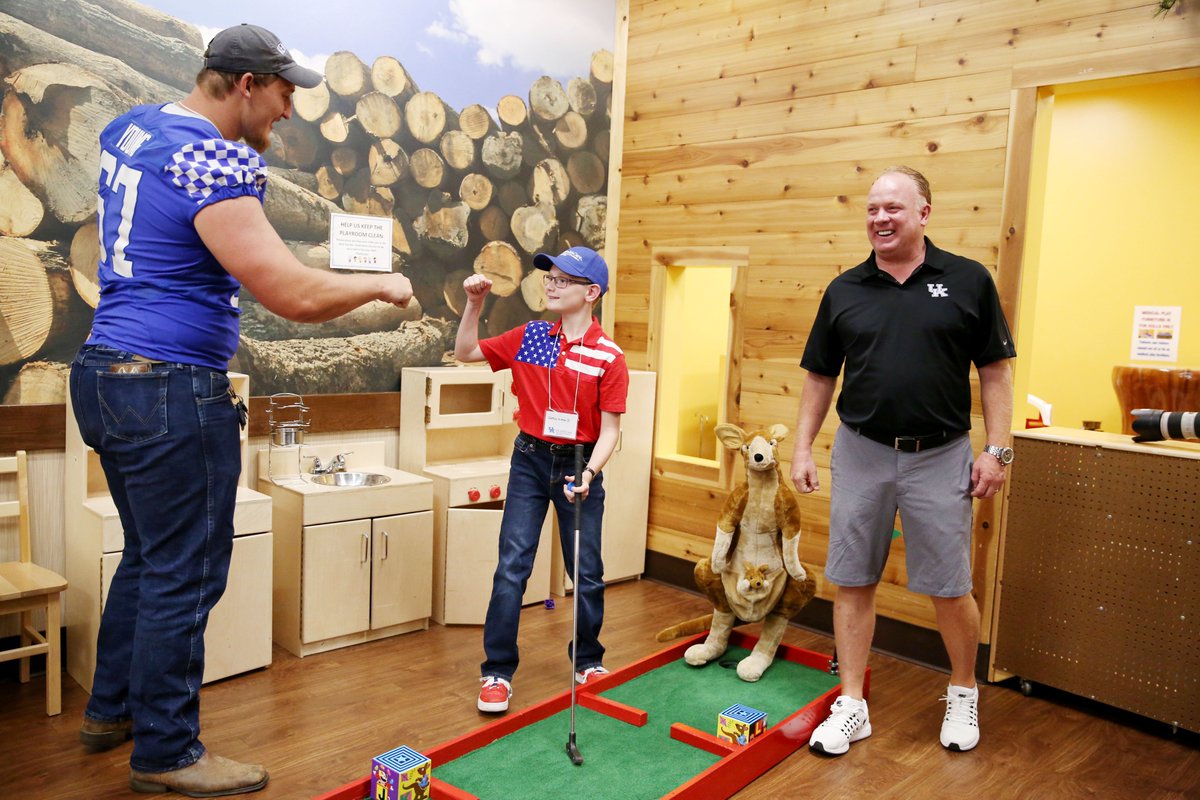 The PGA Tour has taken over Keene Trace Golf Club for the Barbasol Championship this week, but there was another big tournament in town on Tuesday.

Coinciding with the Barbasol Championship was the second annual Mini Pro-Am at UK Children’s Hospital. The event featured celebrity appearances from Mark Stoops and players from the UK football team, including star offensive lineman Landon Young, as well as the UK’s men’s golf team and reigning Barbasol Championship champion Troy Merritt, among others.

The event paired celebrities with some of the children for a mini-golf tournament on a course built around the hospital. It looked like a good time and nobody had more fun than the kids: