Sacha Killeya-Jones is on an unofficial visit.

As you know by now, Killeya-Jones, the first commitment of John Calipari’s heralded 2016 recruiting class, is in Lexington to check out his future school. 247Sports’ fourth-ranked power forward arrived yesterday and will be at tonight’s home game against Boston. 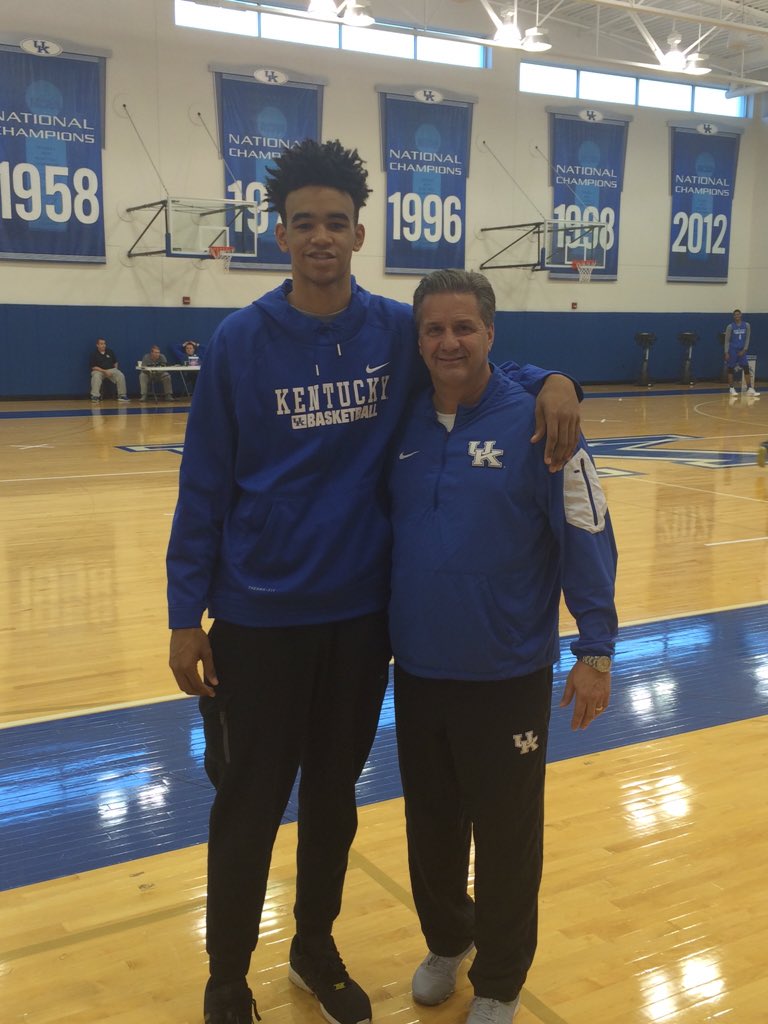 We may need to do something about the Duke haircut.

Wenyen Gabriel shined over the weekend.

Calipari’s second commitment in the class, Wenyen Gabriel was a star at this past weekend’s National Prep Showcase in Connecticut. Evan Daniels of Scout.com called Gabriel’s 21-point, 11-rebound game an “eye-opening performance” and said Gabriel has taken another step in the right direction.

Gabriel is now up to a legit 6-10 and Daniels believes he can still play the three for Kentucky in 2016-17.

Wow. Strong words for a guy who already has potentially scary upside.

Here is what Calipari saw from his next big man, while we were watching the UK-Charlotte football game:

I can’t believe that guy is only a senior in high school. He’s a grown ass man.

The four-star from Ohio plans to be on campus for the spring semester and will play two seasons as a Wildcat. With the current look of Kentucky’s offensive line, he will likely walk in and compete for a starting job right away.

Among those, current UK commit Jaylin Bannerman, a linebacker/defensive end from Ohio. Bannerman will take his official visit to Kentucky this weekend.

Now go out there and buy a mattress from Sleep Outfitters.