UK is checking in on Wenyen Gabriel

Calipari is in Springfield, Massachusetts for the Hall of Fame festivities, but you know what’s only a 26-minute drive away from the Hall of Fame? Wilbraham, Massachusetts, where Wenyen Gabriel lives. According to ZagsBlog, the UK staff will check in with the five-star power forward today prior to his official visit on September 25. How’s that for impressive scheduling? “Hey Wenyen, we’ll be there soon. Cal has to get his Hall of Fame blazer first.”

Here’s a recent mixtape to remind you how much we want Monk:

Chris Fisher is reporting that Cal also stopped by Putnam Science Academy in Connecticut to see 2017 5-star shooting guard Hamidou Diallo (no relation to Cheick Diallo). The 6’4″ 170 lbs. Diallo is considered the third best shooting guard and the 11th overall prospect in the 2017 class, and has early offers from UConn, Kansas, St. John’s, Indiana, Louisville, Maryland, and others. He made a name for himself during the NBAP Top 100 camp this summer. Keep an eye on him as the recruiting period goes on. 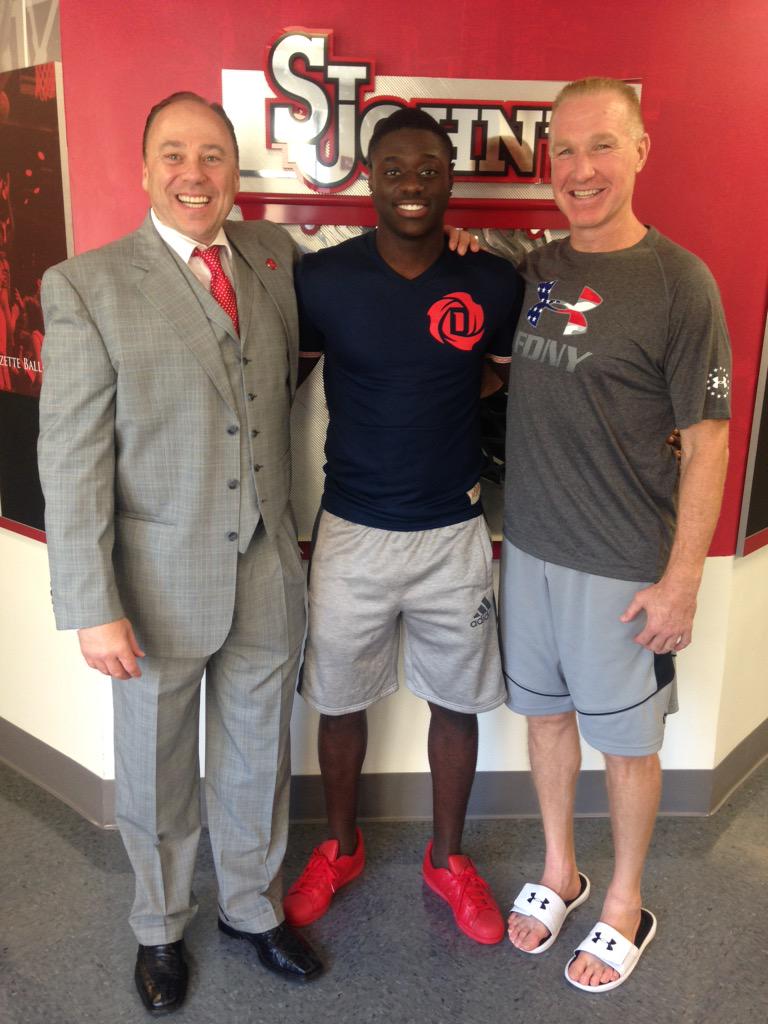 Which just makes me miss Slice Rohrssen. Also, put on some real shoes, Chris Mullin. Next to Slice, you look like a hobo.

Both have offers from Kentucky. NC State’s Mark Gottfried pulled a Mark Stoops and took a helicopter to check in on them:

Great view as I head out recruiting #chopper #gopack pic.twitter.com/aRVqLSGuM4

Dennis Smith, Jr. is recovering from ACL surgery and is still walking with a crutch:

It looks like Kash Daniel and Tobias Gilliam enjoyed themselves Saturday

Both 2016 UK commits uploaded pics from the game:

Can't wait to spend a lot of Saturday's at commonwealth this year. Also can't wait to play there on Saturdays for 4 years. It really has been a dream come true! Thank you BBN for all the support and love you've shown me, it's not gone unnoticed. Best fans in college sports! #WhyNotðŸ”µâšªï¸ðŸˆ

Meanwhile, fellow commit Kayune Ross couldn’t make the game, but had this message to share with the haters:

Don't ask me why don't I go to other schools , have some respect for my decision because it ain't changing I got history to make happen UK

Seems like a good note to end on, right?