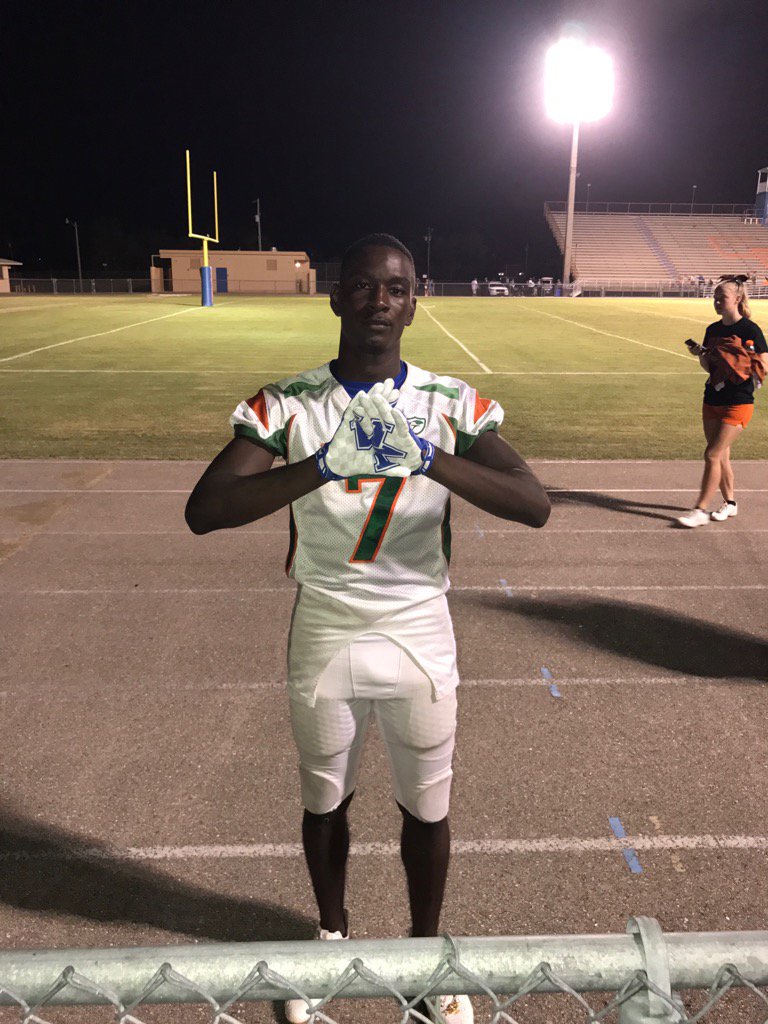 Of Kentucky’s nine commits in the 2018 football recruiting class, Shocky Jacques-Louis is one of the most popular players.  It’s not based on his play; it’s his awesome name.  Just saying his name is fun, but watching him play football is pretty fun too.

Last night was Jacques-Louis’ spring game in Florida.  The 6’1″ three-star wide receiver had 4 catches for 135 yards and 3 touchdowns.

His touchdown on the deep post to start the highlight video might wow the most, but the other two impressed me more.  He caught a check-down screen pass, didn’t have a block, yet still got around five defenders in 15 yards for a score.  His spin move on the inside-out route broke the defender’s neck before impressively accelerating through the defense.