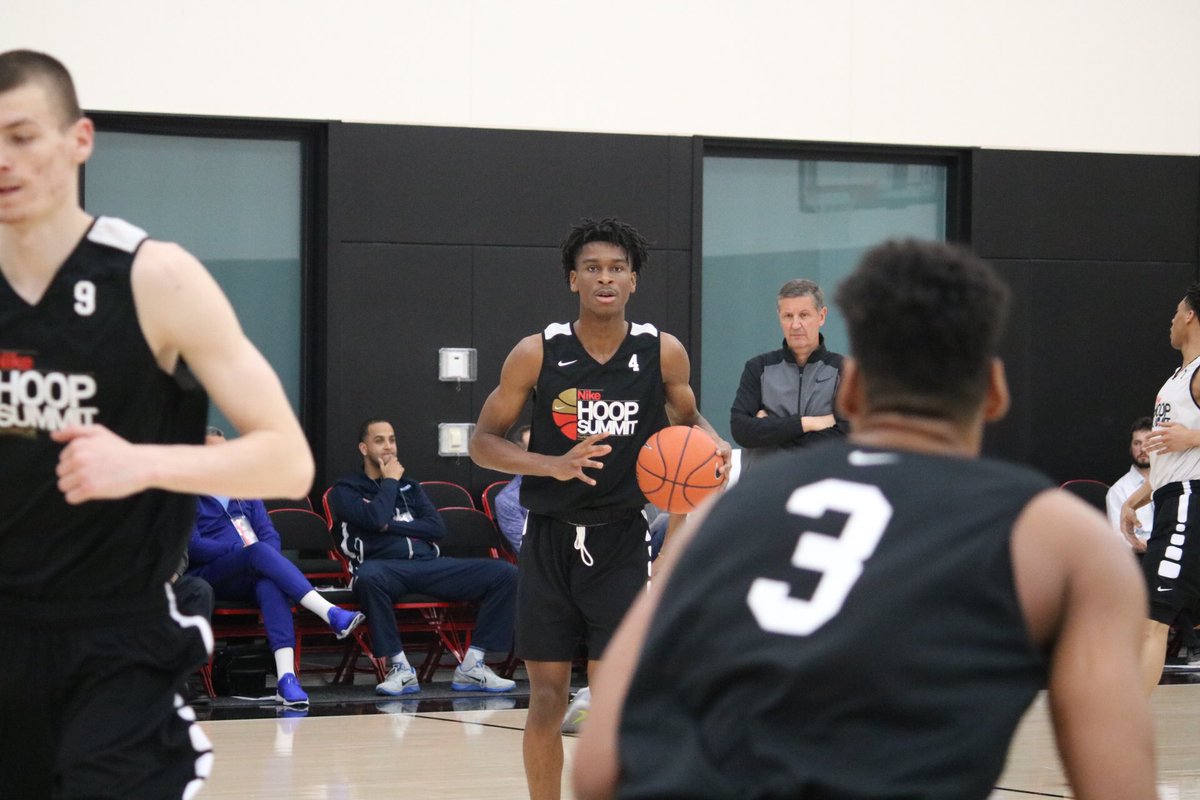 The high school all-star circuit rolls on this week with Friday’s Nike Hoop Summit in Portland, Oregon, and yesterday, the World Team, which includes future Cats Shai Alexander and Nick Richards, assembled to begin practice. A lot of attention has been given to five-star point guard Quade Green and his efforts to recruit Mo Bamba and Kevin Knox, but this week, it’ll be nice to see Alexander share the spotlight as well. From the sound of it, Alexander is well on his way to becoming a fan favorite, telling ESPN staff writer Chantel Jennings that he’s cheering for Gonzaga in tonight’s national championship for one simple reason:

“I don’t want UNC to win since they beat Kentucky,” Shai said.

Alexander, Richards, and the World Team will be joined in Portland by fellow future Cats Quade Green and Jarred Vanderbilt later this week, as well as top targets Kevin Knox and Mo Bamba.

Here’s a preview of what you’ll see from Alexander and Richards later this week: