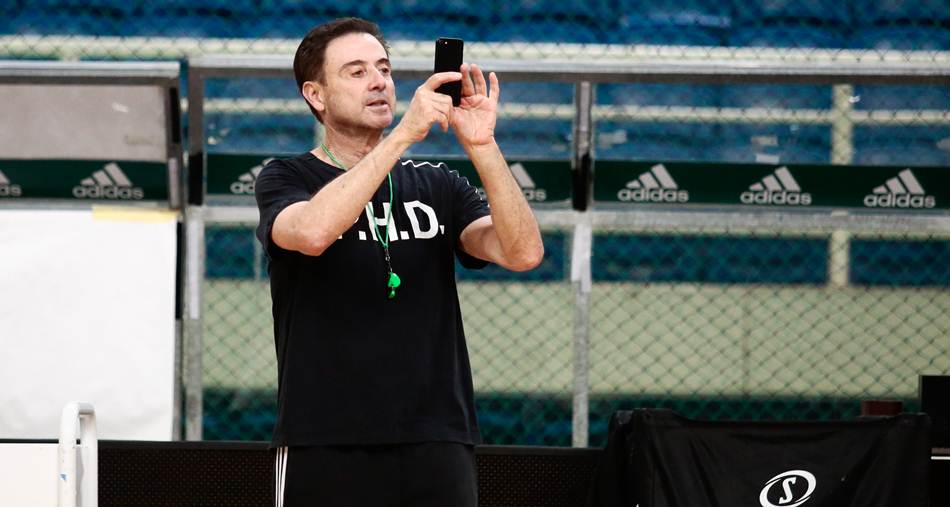 Is there anywhere Rick Pitino goes that crazy doesn’t follow? Pitino’s Panathinaikos was set to begin the Greek League Playoffs vs. Olympiacos today, but because of tensions between the two teams, Olympiacos forfeited, the latest in a string of bizarre delays that has Pitino so upset he’s vowed to grow a beard until his team plays again.

“I was paid to make Panathinaikos a playoffs team and tried to give some advice about the future of the team,” Pitino told EuroHoops.net. “That’s what coaches do. At this point I can’t wait until we play again, that’s why I grow a beard. I will keep growing it until we play again.”

According to EuroHoops.net, when Olympiacos failed to show up for the game, Pitino had his team scrimmage against each other, and hilariously, someone put a raw chicken on what was supposed to be Olympiacos’ bench: 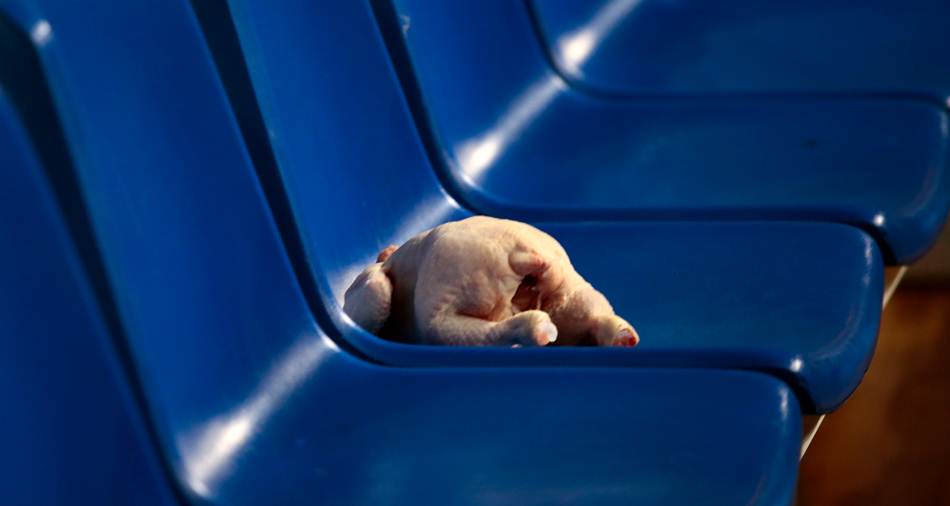 “I can’t talk about Olympiacos, though I can talk about Panathinaikos,” Pitino said after the scrimmage. “It’s disappointing because I came here to coach for basketball and not to know about the morals of the sport. It will be a month without having played basketball. We are disappointed in the Federation that has brought us this far back. Most of the players should be done with their responsibilities on June 15, but for about a month now they don’t play. It’s disappointing. I’ve seen things that I haven’t seen those 40 years as a coach, both good and bad”

Last week, Pitino shared his frustrations with the Greek Federation on Twitter:

In my 5 months in Greece, I’ve witnessed things that I’ve never seen in coaching. Today they play the finals in soccer. No fans are allowed. 1000 invitations given to AEK-PAOK and the Federation & 3000 police. 3-1 police to fans. And there were 45 people protesting Lakers ?

Some things I understood: playing without any fans (due to suspension for fights in stands)
Playing Greek Cup with just kids in stands -but now I don’t have a clue what’s going on. Playoffs suspended because a team is going to court! Where’s David Stern when you need him!

Apparently not. Not sure what to think anymore. I’m taking my team to Mykonos for practice. Our great GM, Manos, is treating. Thanks pic.twitter.com/i7yogRNTdv

Please send me back to Greece to cover this mess.