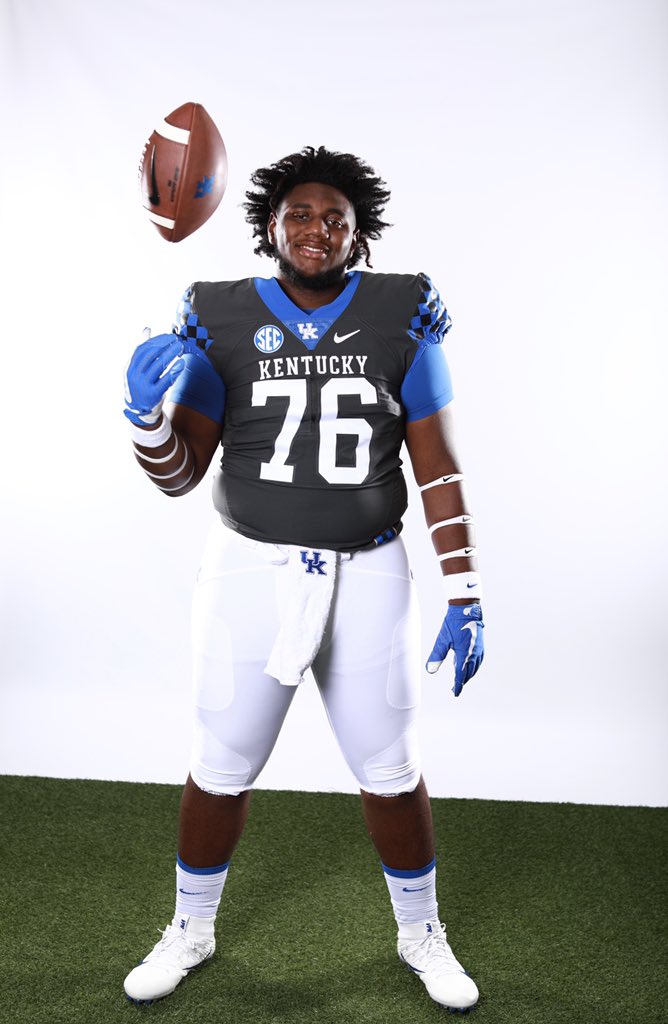 A week after visiting Lexington for the annual Blue/White Game, Richie Leonard announced he has re-opened his recruitment.

My Recruitment, Is WIDE Open…

Leonard was the Cats’ first commitment in the 2020 class. Recruited by Darin Hinshaw and John Schlarman, he joins Gerald Mincey as the second Florida offensive lineman to de-commit once Florida’s Big Three schools got more involved.

Since committing last October, Leonard picked offers from Florida State, Miami and Tennessee. He visited the latter on his way home from Lexington. Two weeks ago he explained why he kept his recruiting options opened.

“This is probably the only time in my life that I’ll ever get recruited like this to do something,” Leonard said. “I think it’s important to be able to enjoy the recruiting process that you’ve worked hard enough and been blessed to put in that situation.”

Without Leonard in the fold, four-star defensive tackle Lamar Goods is UK’s only commitment in the 2020 class. That could change when four-star offensive tackle John Young announces his decision April 29.