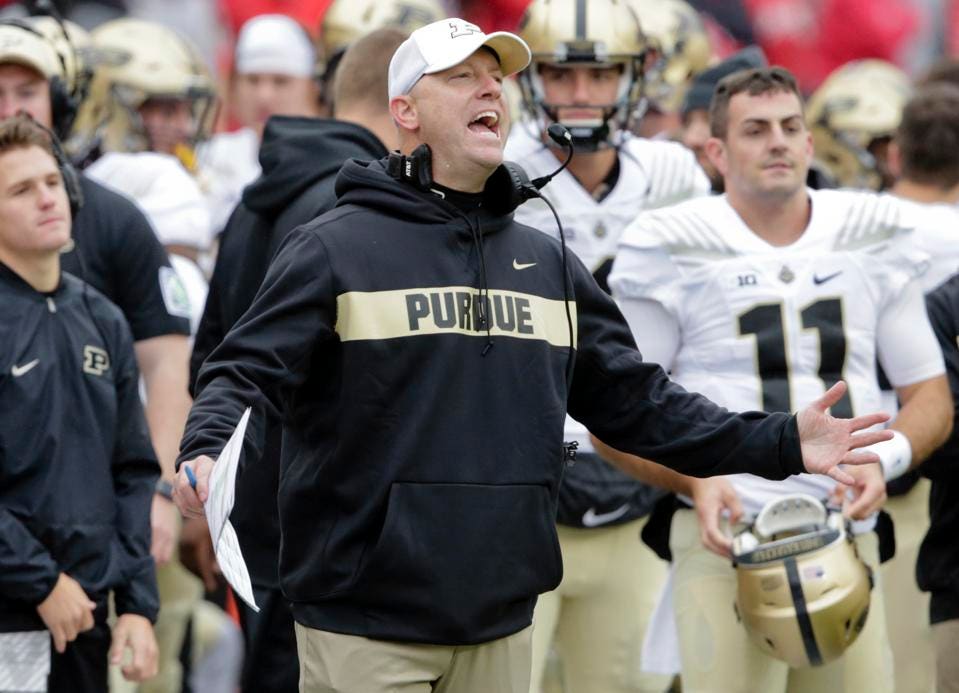 Two media members out of Indiana are reporting Jeff Brohm reached a verbal agreement with the University of Louisville to become its next head football coach. Our dear friend Dan Dakich is one of said media members and he put an actual date on it (November 26th) in his “Breaking News” tweet:

Brohm was of course asked about Dakich’s report following his team’s practice Thursday afternoon at Purdue, to which he said, “Completely false.”

He said the current reports are false, but hasn’t denied a future in Louisville.