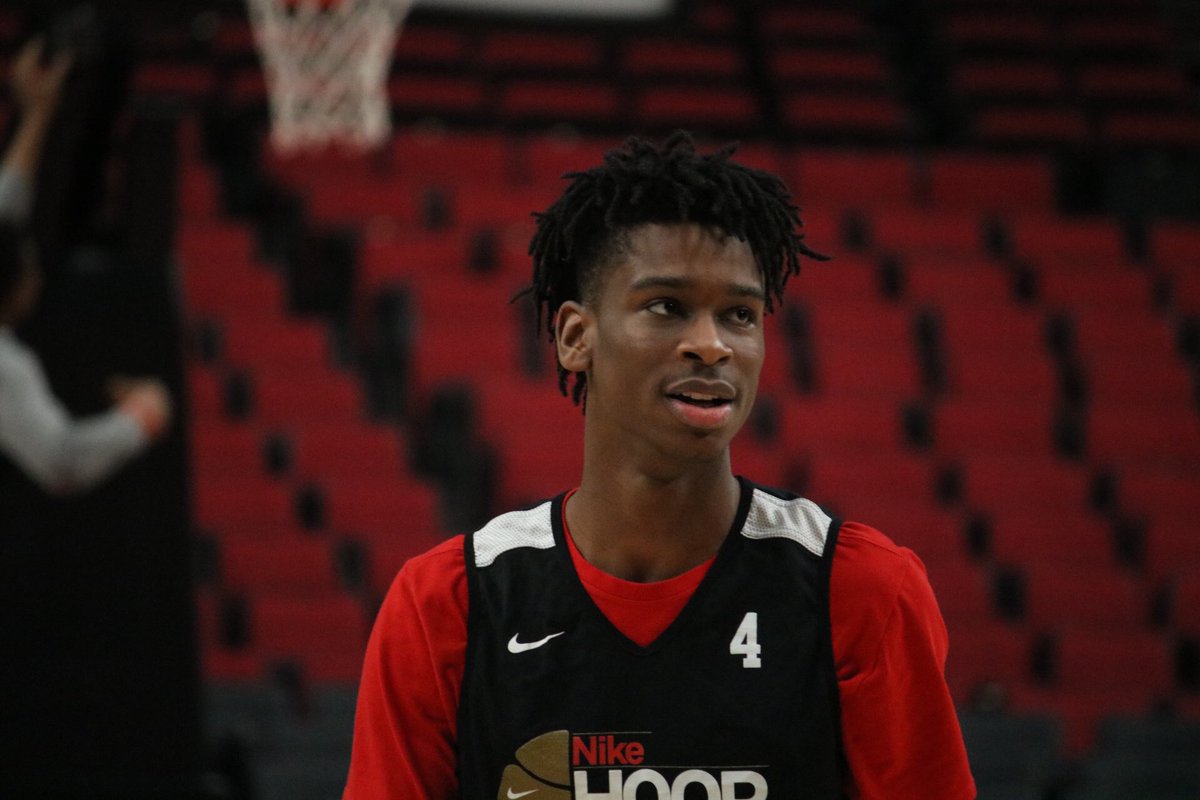 Looking for something to do tonight? ESPN2 has you covered. At 8 p.m., Malik Monk will be up for the Jerry West Award at the College Basketball Awards and at 10 p.m., the Nike Hoop Summit. Shai Alexander (pictured above), Nick Richards, and the World Team will take on Jarred Vanderbilt, Mohamed Bamba, Kevin Knox and Team USA. Quade Green is also on Team USA, but suffered a concussion in a scrimmage yesterday and probably won’t play.

Want a preview? Here’s a montage USA Basketball put together of Team USA getting ready, featuring Bamba, Knox, and Vanderbilt:

Should Kevin Knox choose Kentucky, it looks like he has the Cats’ ritual halfcourt shot down:

And for the World Team, Nick Richards, who has earned a lot of praise this week, showing off some fancy footwork: