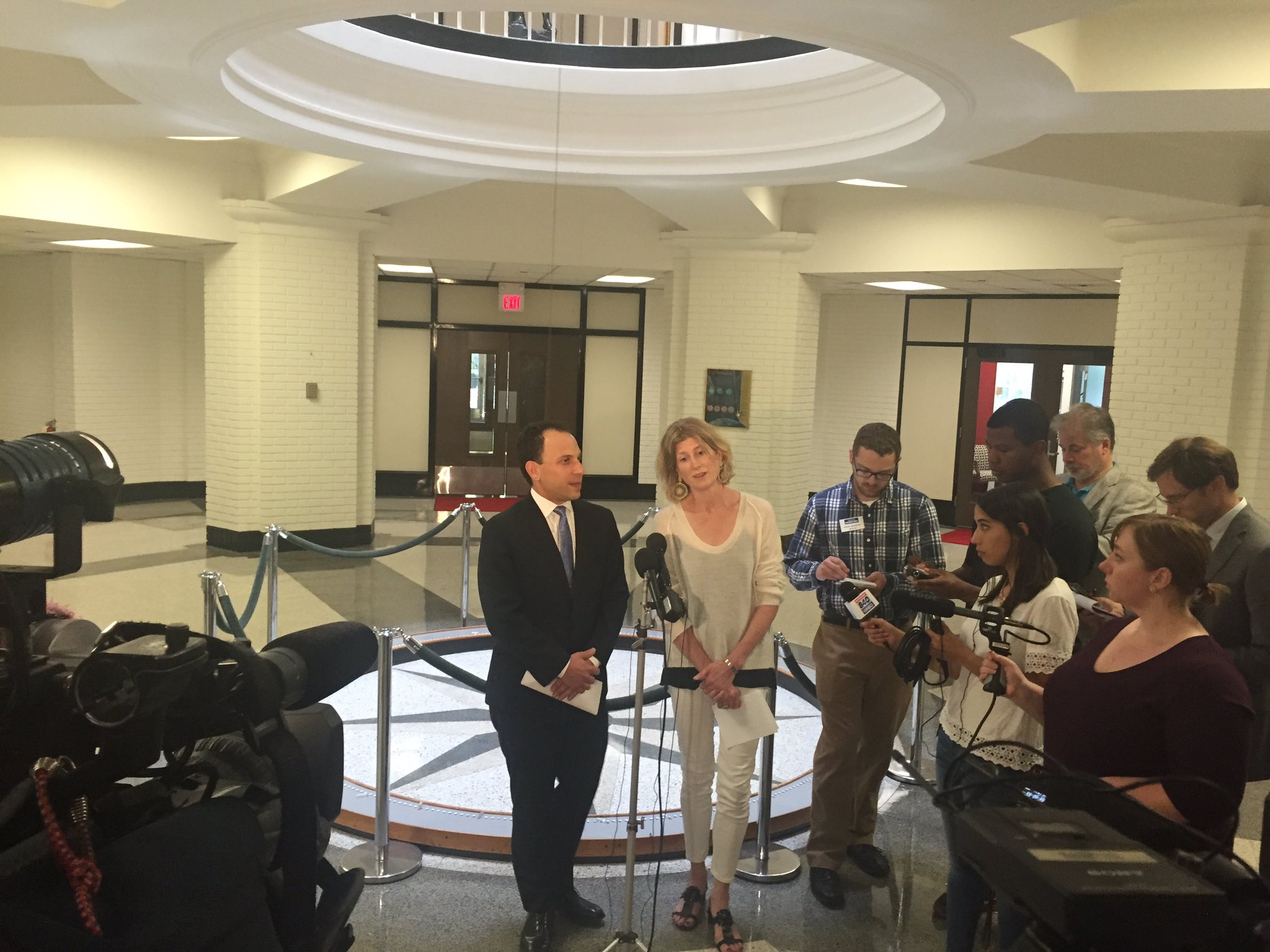 This morning, Governor Matt Bevin announced UofL President James Ramsey’s resignation and the dissolution of the UofL Board of Trustees. Bevin removed all existing members from the board, and this afternoon, two of those board members spoke out. Craig Greenberg and Emily Bingham addressed reporters to discuss Bevin’s decision, which they weren’t aware of until the announcement this morning.

Bingham called the UofL administration one that “routinely compromised proper governance oversight and repeatedly failed to communicate effectively with stakeholders at critical moments,” and said “there is no other public university that operates with such conflict-ridden governance between its board and its foundation,” referring to the UofL Foundation, of which Ramsey is still president.

Greenberg echoed Bingham’s sentiments about the UofL Foundation, calling for Bevin to remove Ramsey from power.

“Tomorrow, he should also demand reform of the Board of Directors of the UofL Foundation and ensure that it, too, also has a new president. Without a new team and a new level of transparency at the Foundation, the Governor’s actions today will be for naught. The level of financial arrogance and deception at the UofL Foundation is alarming.”

After conversations with @GovMattBevin, I reaffirm: UofL is absolutely critical to the health and economic and social well-being of our community and state. For Kentucky to grow and prosper as a state, it is important for Louisville to be successful as a community. For Louisville to prosper it needs a great research university. The members of a restructured Board of Trustees compliant with state law should have the opportunity for a “fresh start.” Upon a legal restructure of the BOT at UofL, I will immediately offer, to the newly appointed board, my resignation/retirement as President. I am grateful for @GovBevin’s support and commitment to addressing difficult issues that are crucial to moving Kentucky forward.

If you missed Bevin’s announcement, you can watch it below:

Meanwhile, Matt finally weighed in on the day’s events on Twitter:

ðŸ˜‰ It was about time

23 Comments for Ramsey, ousted UofL board members speak out