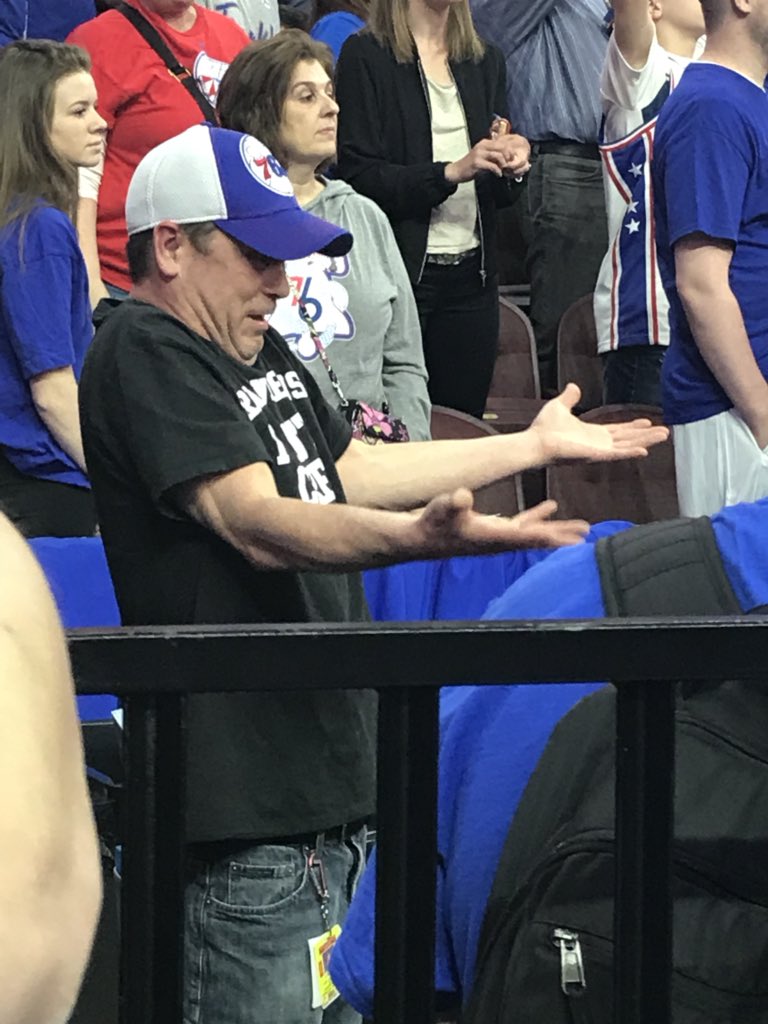 Today’s “oops” of the day goes to the Philadephia 76ers’ confetti guy.

The man in charge of the confetti prematurely let the confetti fall at the end of regulation. He and many other fans inside the area thought Marco Belinelli hit a 3-pointer to win the game. It ended up being a 2-pointer that led to overtime.

The greatest part of the story is confetti guy’s shirt that reads “Breaking News: I don’t care.” 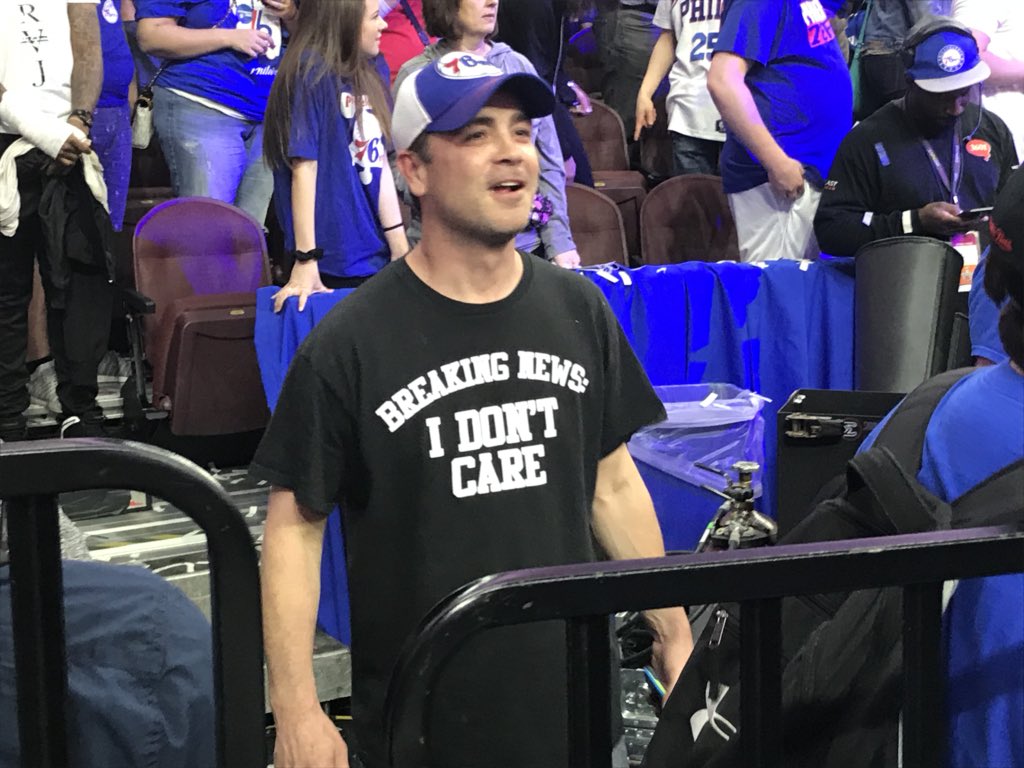 Two people had a theory on who was behind it…

The Confetti operator takes off his mask…. pic.twitter.com/yvKbUB6Xnt