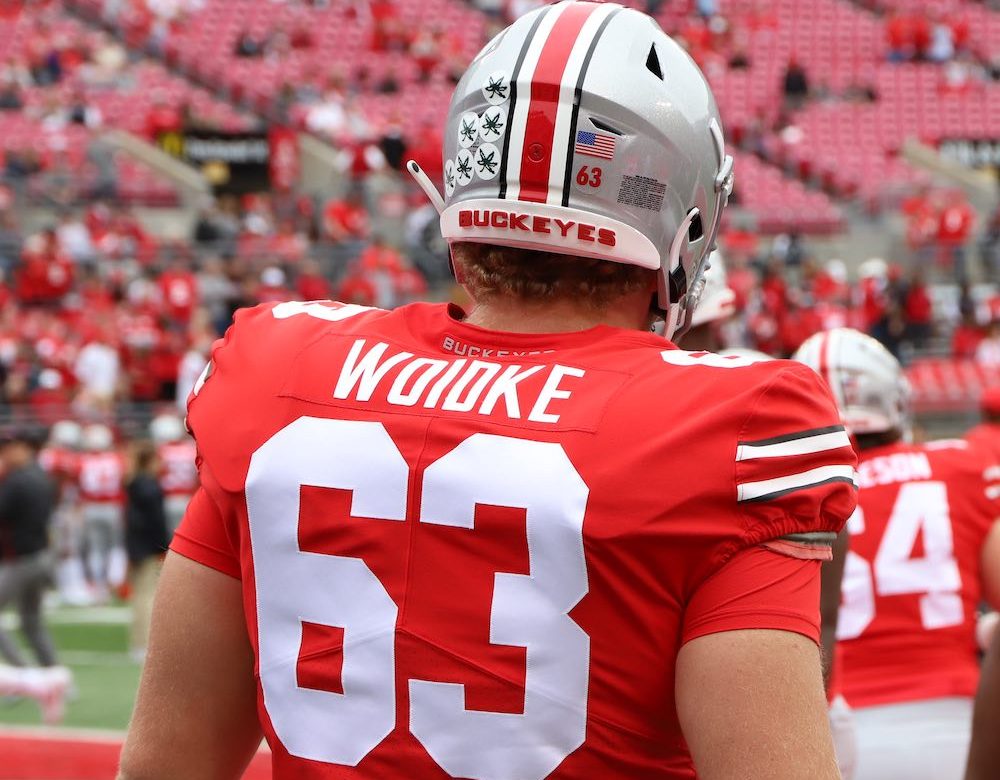 Kevin Woidke’s time at Ohio State has come to an end. The fifth-year offensive lineman, a former walk-on, has no remaining eligibility at the collegiate level.

“So, I might as well declare for the 2020 NFL draft,” Woidke wrote to Buckeye fans on Twitter in a hilarious parody of actual NFL announcements.

“Now, a very fair question that most of you are asking: ‘Who is this kid?’ That is very valid, and I totally understand why nobody would have heard of me. I have done nothing to even remotely warrant attention in any way.”

Read the entire letter below for a good laugh: 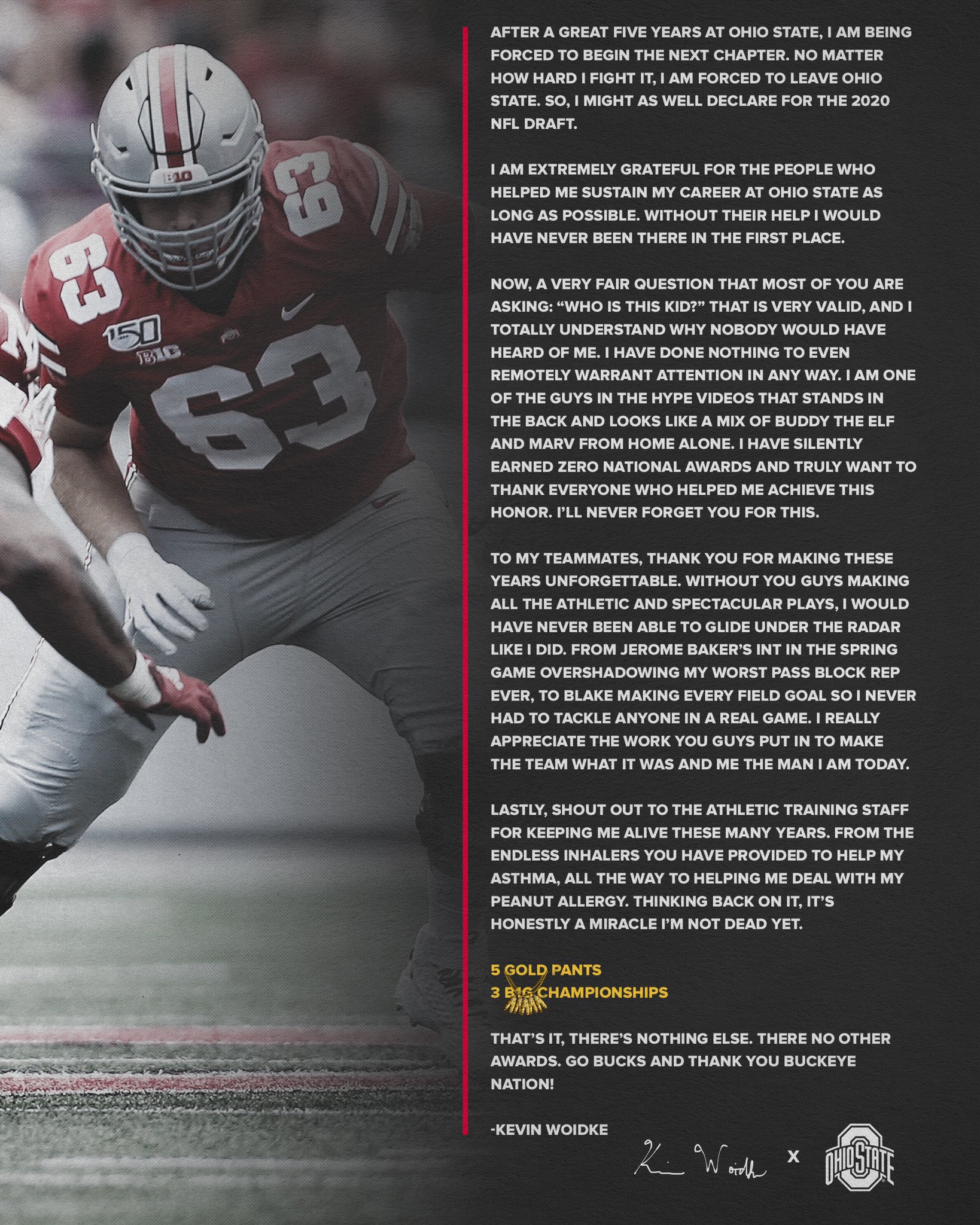